Between its DOMA ruling and its gutting of the Voting Rights Act, the Roberts court is maddeningly inconsistent 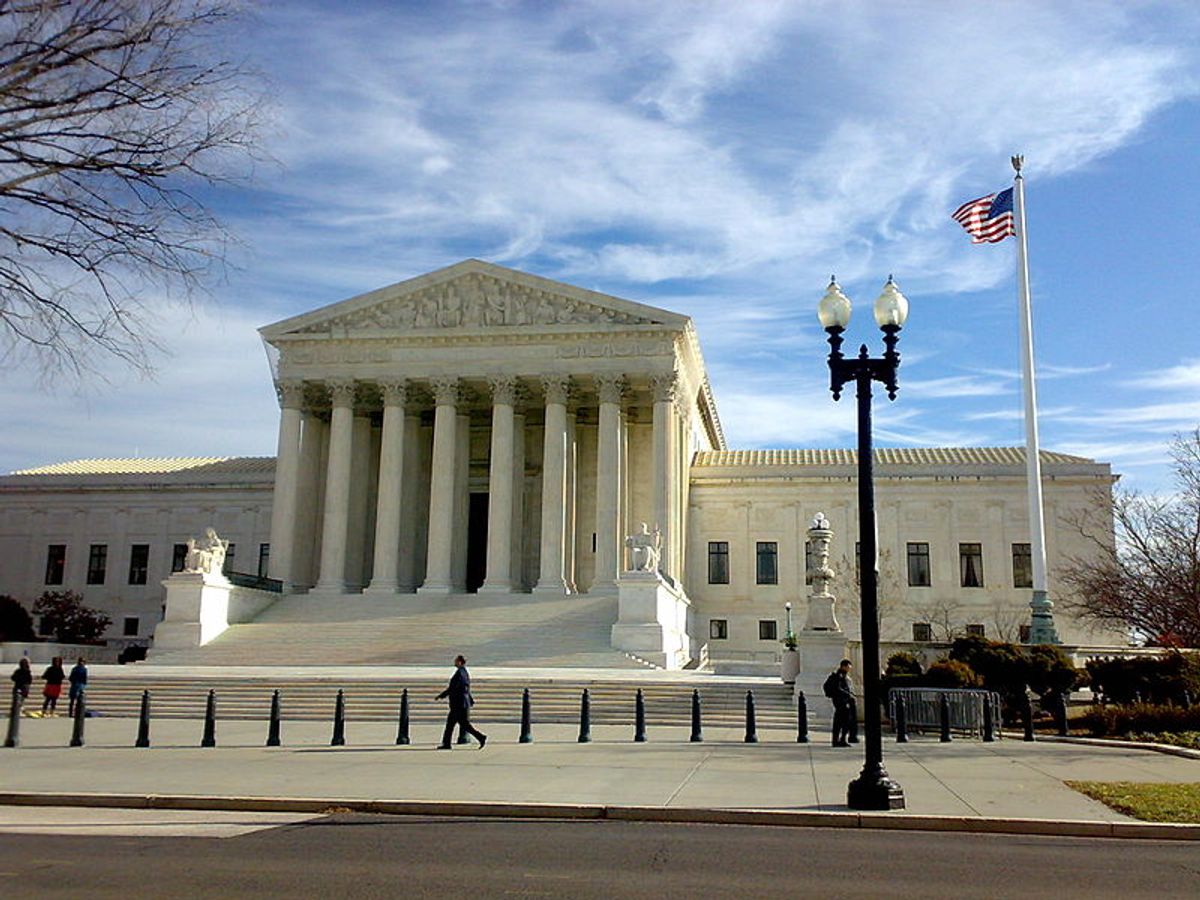 Martin Luther King famously said that the arc of the moral universe is long, but it bends toward justice. If the Supreme Court’s recent decision to invalidate the Defense of Marriage Act let us watch the arc bend, the Court’s other civil rights decisions this week proved just how excruciatingly long the arc is.

Vivid case in point: While millions of Americans were busy celebrating the DOMA ruling on Wednesday, officials in half a dozen Southern states—empowered by the Court’s previous day’s decision to invalidate a key part of the Voting Rights Act in Shelby County v. Holder—wasted no time in making moves to institute or re-institute stringent voter identification laws.

This is the basic contradiction of the last week of the Supreme Court’s 2012-2013 term. The DOMA decision, United States v. Windsor, was a true triumph for our Constitution’s fundamental guarantee of equal protection. But in three other decisions this week, the Court seriously hampered the key statutes Congress has enacted to protect civil rights at the ballot box and in the workplace.

The most historic of these restrictive decisions was Tuesday’s decision in Shelby County v. Holder. The ruling, written by Chief Justice John Roberts, invalidated the formula that Congress used for years to identify the states and localities subject to something called the “pre-clearance requirement” of the Voting Rights Act of 1965. The pre-clearance requirement prevented all or parts of 15 states (mostly in the South) from making any changes to their voting laws without first proving, to a federal court or the Department of Justice, that those changes were nondiscriminatory.

That requirement was the most innovative and effective portion of what is widely regarded as the most important civil rights legislation in the 20th century. The pre-clearance requirement was the crucial tool that led to what political scientists Chandler Davidson and Bernard Grofman called a “quiet revolution in the South:” a dramatic rise in black voter registration and political office-holding among both blacks and Latinos beginning in the 1960s. The Court had upheld the requirement, and its coverage formula, four times: when Congress enacted it in 1965 and when Congress extended it in 1970, 1975, and 1982.

Congress extended the pre-clearance requirement again in 2006, by overwhelming margins (390-33 in the House, 98-0 in the Senate). It retained the same coverage formula as in 1982. In Tuesday’s decision, the Court held that the most recent extension was unconstitutional. Applying a “principle of equal sovereignty” among the states—a principle that Chief Justice Warren had rightly rejected in the case upholding the Voting Rights Act in 1966—Chief Justice Roberts held that Congress in 2006 lacked a sufficient basis for choosing which states would be covered by pre-clearance and which states would not. The coverage formula, he said, focused “on decades-old data relevant to decades-old problems, rather than current data reflecting current needs.”

And yet a recent analysis of survey data by the law professors Christopher Elmendorf and Douglas Spencer found that the statute’s coverage formula “is remarkably well tailored to the geography of anti-black prejudice” in the United States. As Justice Ruth Bader Ginsburg brilliantly demonstrated in her dissent in Shelby County, the Court’s decision disregarded both the facts themselves and the Court’s own properly limited role in second-guessing Congress’ factual judgments.

But the most compelling evidence that the pre-clearance formula still serves “current needs” can be found in the wave of restrictive election laws that numerous states tried to implement in advance of the 2012 election—efforts that the pre-clearance requirement thwarted in states like Texas and Florida, but that officials in many states have been moving to revive even before the ink has dried on the Court’s decision. Civil rights hero John Lewis had it right: the Court “put a dagger in the heart of the Voting Rights Act.”

Monday’s two workplace-discrimination cases, Vance v. Ball State University and University of Texas Southwestern Medical Center v. Nassar, always had a much lower profile than did the Voting Rights Act and DOMA cases. Vance and Nassar did not present constitutional questions, but they raised key questions of the interpretation of Title VII of the Civil Rights Act of 1964, which prohibits race, sex, and religious discrimination on the job. In Vance, the Court made it much harder for victims of workplace harassment to recover, because it seriously narrowed the class of “supervisors” whose actions subject employers to liability. (Employers are presumptively liable for harassment undertaken by their supervisors; they are not liable for harassment undertaken by other workers, unless the victim can satisfy the difficult burden of showing that the employer was negligent.) And the Nassar case made it more difficult for workers to prove that their employers retaliated against them for reporting or complaining about job discrimination.

Monday’s affirmative action case, Fisher v. University of Texas, did not make any changes in the law, with the justices opting to send the case back to a lower court for further review. But despite the lack of legal news, the Fisher opinion made clear the Court’s continuing skepticism of the admissions programs that have succeeded in racially integrating the nation’s elite institutions of higher education.

Beneath the great triumph of Windsor, then, the last week of this year’s Supreme Court term marked a major setback in the civil rights project. What can be done? Justice Ginsburg’s excellent dissent in Vance noted that “Congress has, in the recent past, intervened to correct this Court’s wayward interpretations of Title VII.” She pointed, in particular, to the Lilly Ledbetter Fair Pay Act of 2009, which Congress passed in response to Ledbetter v. Goodyear Tire & Rubber, a 2007 decision that made it very difficult to bring suits challenging discrimination in pay. As in each of this week’s civil rights decisions, Justice Ginsburg dissented in Ledbetter. Her dissenting opinion in that case expressly called on Congress to act to overturn the Court’s ruling—an invitation Congress soon took up. In her Vance and Nassar dissents this week, Justice Ginsburg similarly argued that the Court’s “misguided judgment[s]” should “prompt yet another Civil Rights Restoration Act.” But she is not likely to see the same results, at least not in the immediate term. As law professor and political scientist Rick Hasen argues in a recent article, “[i]n a highly polarized atmosphere and with Senate rules usually requiring 60 votes to change the status quo, the Court’s word on the meaning of statutes is now final almost as often as its word on constitutional interpretation.”

The DOMA ruling notwithstanding, the damage caused by the Court’s decisions this week cannot be undone overnight—and the current Congress is unlikely to be much help. Overcoming the Court’s harmful decisions will require advocates to regroup and reconstitute a new, activist civil rights movement for the 21st century.