More than 3,000 turned out to provide testimony on Tuesday, but only 90 testimonials were heard 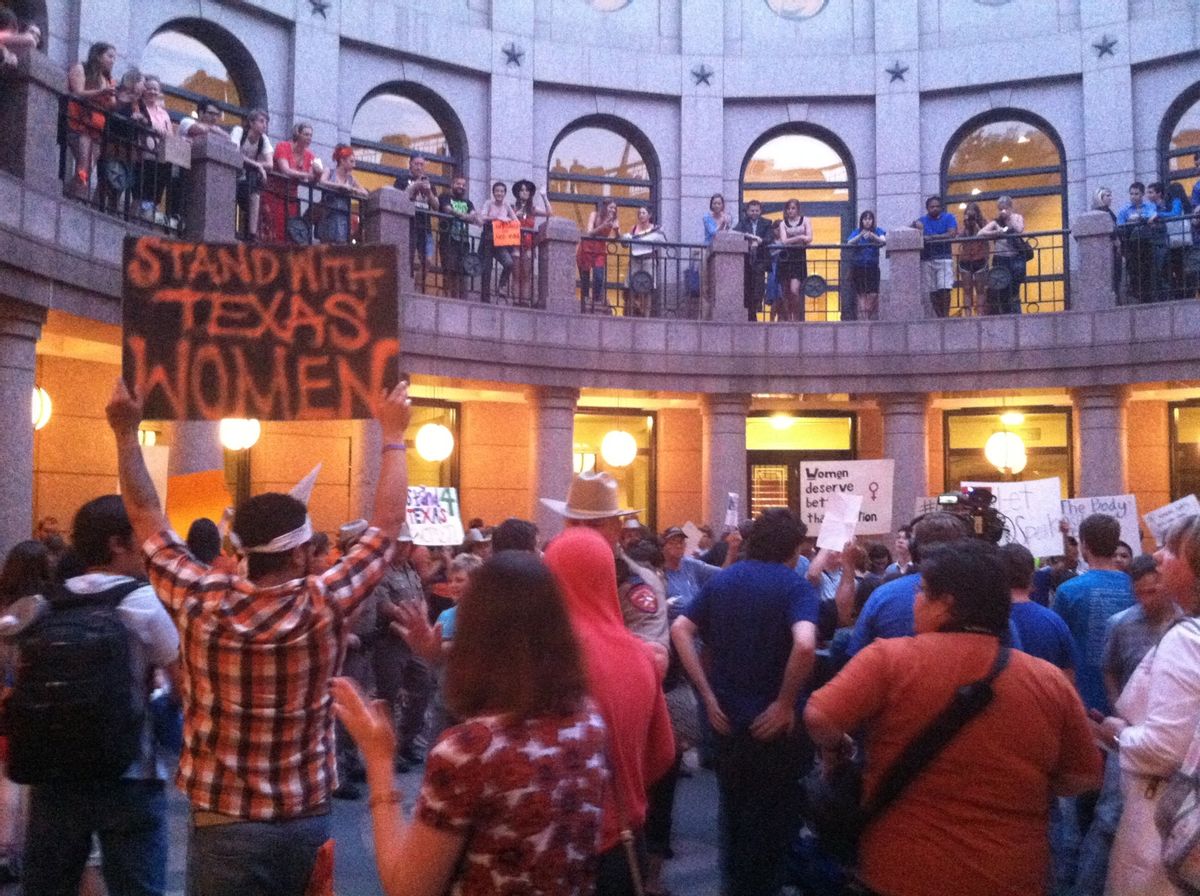 After 30 minutes in session on Monday, the Texas Legislature voted to adjourn until after the holiday weekend, but a House committee hearing on the state's sweeping antiabortion measure went on as scheduled on Tuesday.

More than 3,000 Texans turned out to provide testimony at the House State Affairs Committee hearing, leading state Rep. Sylvester Turner, D-Houston, to ask state Rep. Byron Cook, R-Corsicana, if the testimony could be relocated to the Capitol auditorium to accommodate the enormous group. Cook, the committee chairman, declined the request, leaving only 64 available seats for the day of public testimony, as a live blog of the hearing notes.

The crowd remained in the Capitol despite the space limitations, leading police to open up nine other rooms so they could watch the hearings on closed-circuit TV. As the midnight deadline for the hearing approached, only 90 people had testified, leaving 998 waiting in the Capitol to have their 3 minutes before the committee.

Cook moved to end the hearings at midnight, against the objections of Turner, who told the committee: "The time clock has not run out on this special session, and I do believe the people who come here do have a right to have their voices heard."

The measure being debated, HB 2, and its companion, SB 1, would ban abortion at 20 weeks and institute a series of sweeping regulatory restrictions against abortion providers that advocates say would virtually eliminate access to the procedure in the state, as well as roll back family planning and sexual health services across Texas.

The committee voted along party lines to approve HB 2, in an 8-3 vote.