There's a second case on the policy, which SCOTUS will hear in the fall. Here's what you need to know 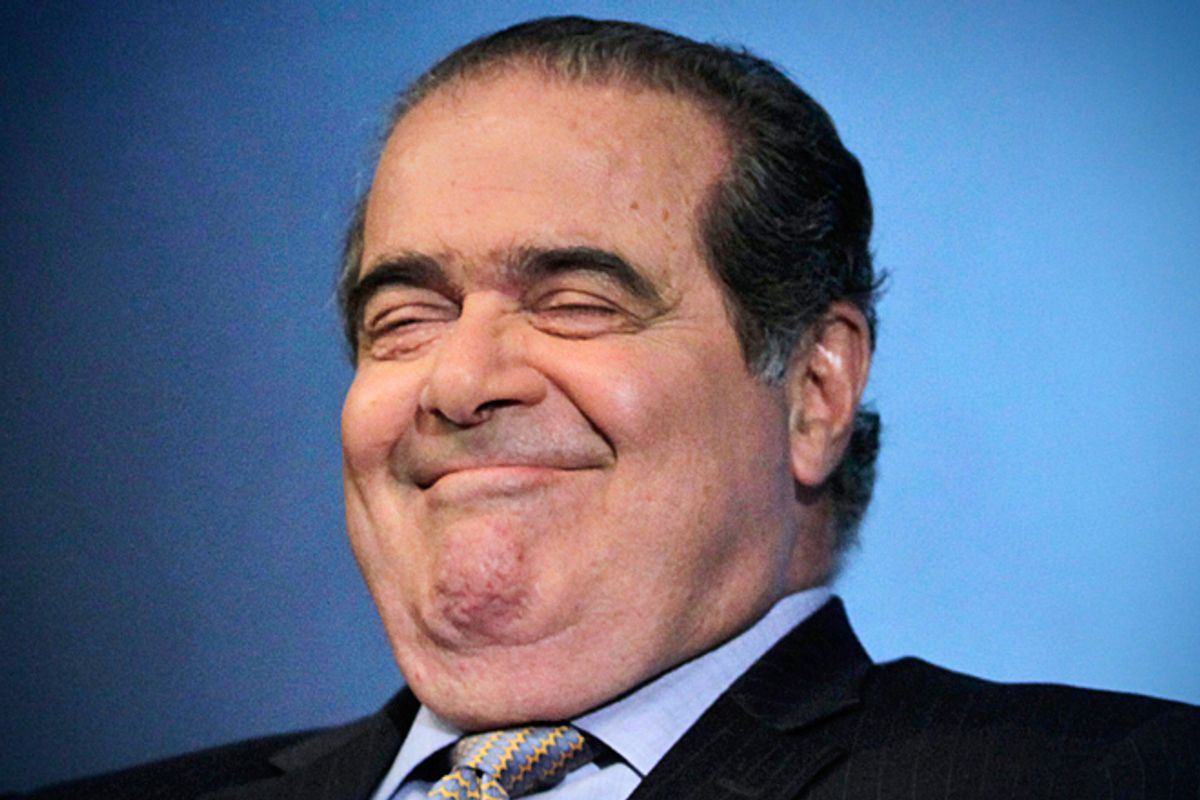 The Supreme Court's decision on affirmative action at the University of Texas had advocates for the policy celebrating. But a different case that the Court will take up in its next session also deals with affirmative action, and could allow opponents to continue to curb the policy at the state level.

The case, from Michigan, is called Schuette v. Coalition to Defend Affirmative Action, and addresses the constitutionality of statewide bans on affirmative action policies at public universities.

In November 2006, by a margin of 58-42 percent, Michigan voters approved a ballot measure called Proposal 2, which amended the state constitution to include a ban on race-based admissions policies. The ban, notably, was pushed by Jennifer Gratz, the plaintiff in the landmark Supreme Court case on affirmative action called Gratz vs. Bollinger, in which the Court held that the University of Michigan's use of a point system as a mode of affirmative action was unconstitutional.

Last year, the 6th Circuit Court of Appeals struck down Proposal 2 on the grounds that it violates the Equal Protection clause of the 14th Amendment. From the Court's opinion, written by Judge Guy Cole:

A student seeking to have her family’s alumni connections considered in her application to one of Michigan’s esteemed public universities could do one of four things to have the school adopt a legacy-conscious admissions policy: she could lobby the admissions committee, she could petition the leadership of the university, she could seek to influence the school’s governing board, or, as a measure of last resort, she could initiate a statewide campaign to alter the state’s constitution. The same cannot be said for a black student seeking the adoption of a constitutionally permissible race-conscious admissions policy. That student could do only one thing to effect change: she could attempt to amend the Michigan Constitution—a lengthy, expensive, and arduous process—to repeal the consequences of Proposal 2. The existence of such a comparative structural burden undermines the Equal Protection Clause’s guarantee that all citizens ought to have equal access to the tools of political change.

Michigan Attorney General Bill Schuette, a Republican, appealed to the Supreme Court, which agreed to take up the case in March. "Entrance to our great colleges and universities must be based upon merit, and I remain optimistic moving forward in our fight for equality, fairness and rule of law at our nation's highest court," Schuette wrote in a statement at the time.

And earlier this week, opponents of affirmative action in several states filed a brief with the Court, urging the Justices to uphold the ban. “The court has been clear that race-preference policies can only exist to the extent they benefit all students by creating a ‘diverse’ educational environment,” said Gratz, who pushed Proposal 2, in a statement on the filing. She continued: “The court has clearly said that race-preference policies designed to benefit some racial ‘groups’ over others are patently unconstitutional."

What's slightly unusual about the Proposal 2 appeal is that the Court agreed to hear it before reaching a decision in Fisher v. University of Texas, a constitutional attack on a specific school's affirmative action policy. In Fisher, a white woman sued the university for rejecting her in 2008, arguing that the school’s policy of affirmative action violated the Equal Protection Clause. In a 7-1 decision last week, the Supreme Court did not rule on the merits of Texas' affirmative action policy; instead, it determined that the 5th Circuit Court of Appeals had applied an improper standard of review, and ordered the lower court to reconsider the constitutionality of the policy in light of the Supreme Court's opinion.

“The reviewing court must ultimately be satisfied that no workable race-neutral alternatives would produce the educational benefits of diversity,” wrote Justice Anthony Kennedy in the majority opinion. He continued: “Rather than perform this searching examination, the Fifth Circuit held petitioner could challenge only whether the University’s decision to use race as an admissions factor ‘was made in good faith.’ It presumed that the school had acted in good faith and gave petitioner the burden of rebutting that presumption.”

Although the Court did not rule on the constitutionality of affirmative action policies in general, some legal experts argue that the Fisher decision indicates that the Supreme Court will also uphold Proposal 2. “This ruling may indicate a reluctance by the majority of the court to allow the overturning of Prop 2 to stand,” Kevin Saunders, a law professor at Michigan State University, told the Detroit Free Press. Philip Pucillo, another law professor at Michigan State, agreed. The Free Press reports:

In essence, the courts have been taking universities at their word that affirmative action programs were needed in order to get diverse student bodies. Today’s ruling reminds lower courts that justices want universities to prove that race-neutral programs weren’t working to get more minority enrollment, Pucillo said.

Lyle Denniston of SCOTUSblog analyzes the possible outcomes, noting Justice Elena Kagan has recused herself (as she did in Fisher). "[T]here is always the chance that the Court would wind up dividing four to four — an outcome that would leave the Sixth Circuit decision intact, and mean the end of Proposal 2. The Kagan recusal puts an additional focus on Justice Anthony M. Kennedy, who very likely would have the power to shift the final vote to five to three — perhaps reviving Proposal 2 — or four to four, ending it," he writes.