In today's New York Times, the self-satisfied columnist isn't too sure about the Egyptian people's mental capacity 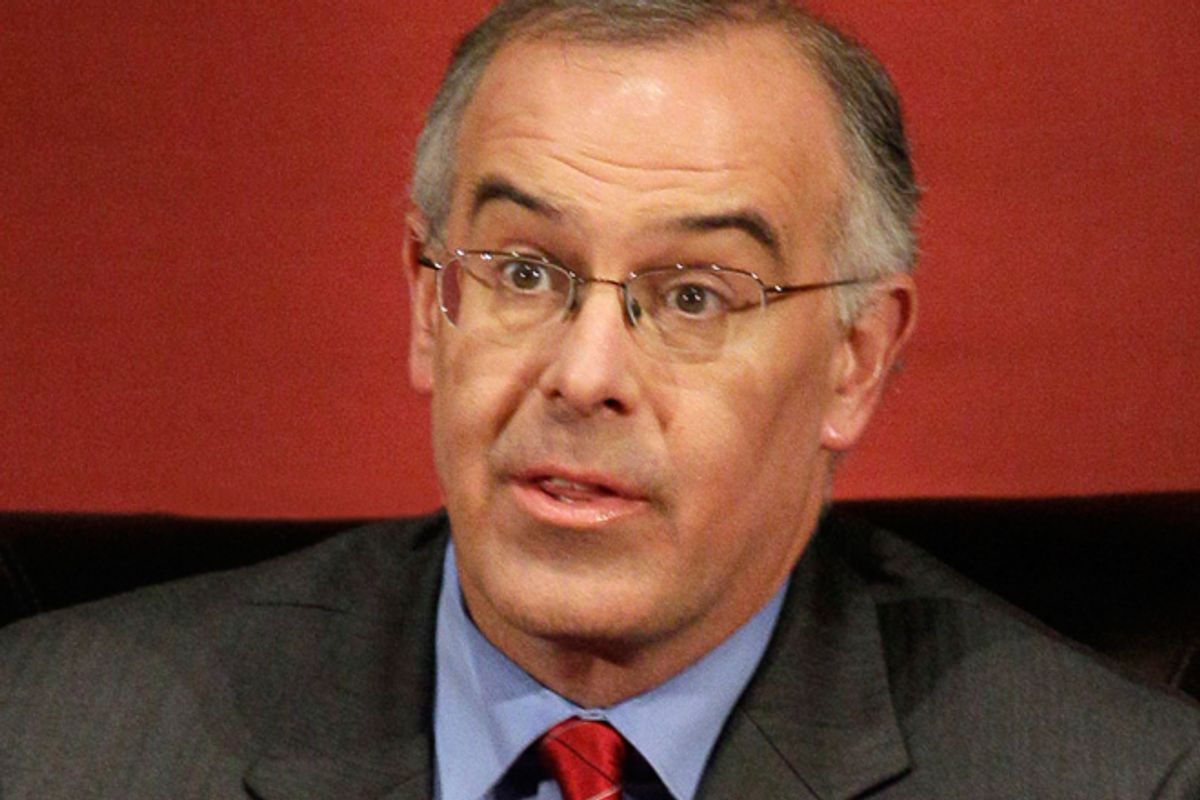 Since when did the New York Times get into the business of publishing old-school bigoted rants deriding whole populations and cultures as cognitively incapacitated? This is a pressing question considering David Brooks' stunning column today on the situation in Egypt.

In his piece, titled "Defending the Coup," Brooks offers up the standard "burn the village to save it" argument for subverting democracy. That's not what's interesting, nor is his omission of the entire 30-year history of the U.S.-backed dictatorships in Egypt, and how that might make a transition to democracy a bit bumpy. Those facile theories and omissions are standard fare in the establishment media -- irritating, offensive, but hardly newsworthy.

What is newsworthy is the Times publishing a column that uses those theories and omissions to then forward an argument that reads like a unhinged manifesto from a 19th century eugenicist. Here's what I mean (emphasis added):

Right now, as Walter Russell Mead of Bard College put it, there are large populations across the Middle East who feel intense rage and comprehensive dissatisfaction with the status quo but who have no practical idea how to make things better...

It’s not that Egypt doesn’t have a recipe for a democratic transition. It seems to lack even the basic mental ingredients.

Yes, that's right, according to Brooks, a country and culture of 82 million is having a difficult time transitioning to democracy not because it has been repressed for decades, and not because it has few well-established democratic institutions, but instead because the people inherently don't possess the cognitive ("mental") capacity for self-governance.

To know this is some hardcore bigotry, just imagine saying the same thing about another demographic subgroup. Imagine, for instance, if Brooks said cities with large minority populations in the United States were facing corruption problems and blight because those minorities "lack even the basic mental ingredients" for better governance. It would be universally -- and rightly -- denounced as wildly racist by everyone other than white supremacists.

As alluded to above, there are many reasons Egypt is facing serious problems. You can say that and also believe Mohamed Morsi was a disastrous leader for the country. But once you get into deriding entire populations as intrinsically lacking the cognitive capacity for self-governance, you've jumped into the ugliest, most discredited and vile kind of invective of all -- the kind of bigotry that insinuates whole populations are genetically, culturally or otherwise inherently deficient.

That kind of ugly propaganda was supposed to be a thing of the past, but David Brooks and the Times prove it is still unfortunately very much a part of the present.