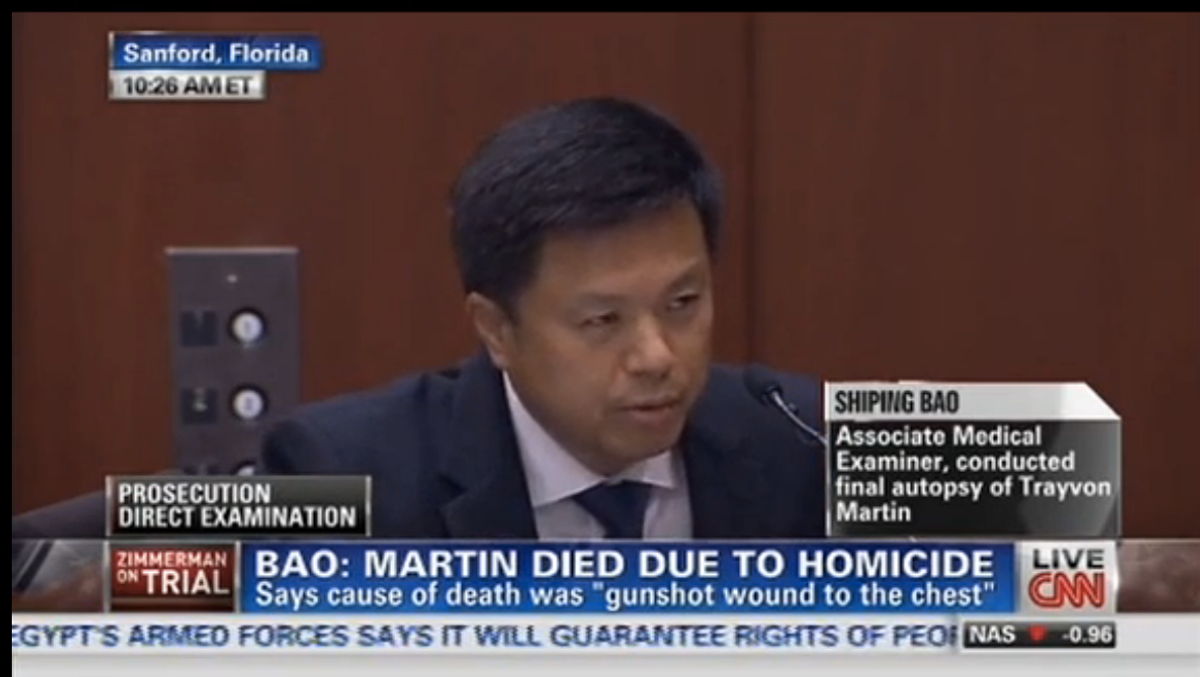 George Zimmerman's trial for shooting the 17-year-old Trayvon Martin commenced its ninth day on Friday. The defense cross-examined associate medical examiner Shiping Bao, an expert in forensic pathology who has performed more than 3,000 autopsies during his career. According to Bao, Martin's death was a homicide and he "was alive for one to 10 minutes after he was shot. His heart was bleeding until there was no blood left." Of the single shot to Martin's heart, he added, "There is no chance he could survive. Zero."

During the questioning, Bao and defense attorney Don West went back and forth, West becoming exasperated by Bao, who refused to speculate on hypotheticals. "I am under the oath, I cannot lie under the oath," he said. "I cannot answer if I do not know." He even spoke from a set of prepared notes -- from CNN:

[Updated at 11:50 a.m. ET]
Bao is reading his answers off personal notes. "I typed out potential answers to your potential questions." West asks to see the notes, but Bao declines. Judge Nelson tells him both sides' attorneys are entitled to view his notes.

[Updated at 11:53 a.m. ET]
The defense attorneys grin while reviewing Bao's notes. From the witness stand, the medical examiner asks, "Is there something funny there?"

Those tuned in to CNN quickly began celebrating Bao's no-nonsense attitude, finding him an unlikely fan base on Twitter:

His notes then spawned a meme: