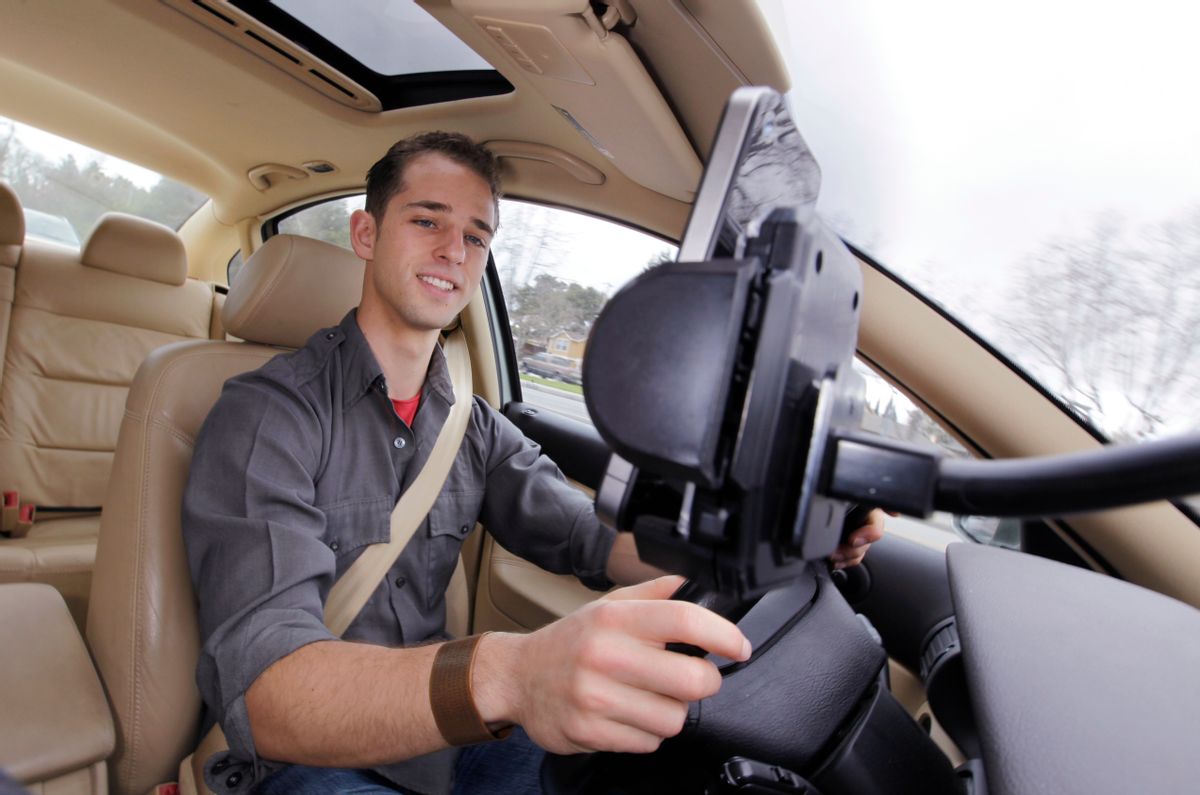 JERUSALEM (AP) -- The billion-dollar sale of navigation company Waze to Google may finally be putting Israel on the map as a major player in consumer Internet innovation.

Israel's high-tech sector has been dominated by firms that made products for other businesses, like computer chips or communications gear. But in recent years Internet and mobile companies have emerged as the majority of Israeli startups, and many have found success in the global market.

"There's definitely a shift that Waze has done a great deal of emphasizing," said Nir Zohar, the president and chief operating officer of Wix. "I would assume that we will find more foreign investors coming to Israel to invest in Israeli entrepreneurs." Wix, a personal website company, filed last month for a $75 million initial public offering the United States, just as Google was wrapping up its $1.03 billion purchase of Waze.

Veterans of the Israeli Internet startup scene say that Israeli companies are known for their creativity and international outlook, so the move into the fast-growing world of smartphone apps and consumer websites has been relatively easy.

"Because we don't have a local market, we go on the international market from day one," said Uri Adoni of Jerusalem Venture Partners, one of the leading tech investment firms in Israel.

Unlike in larger countries, he said, Israel's small size means that its startups naturally target places like the United States instead of the domestic market. With products ready-made for international use, they are attractive to overseas venture capitalists.

"There's always a special Israeli take, and the take is `Let's go crazy, let's bring something that's completely off the charts,'" said Michal Adam of the IVC Research Center, which tracks statistics on Israeli venture capital.

In the case of Waze, that meant relying on the app's user base in order to help build its maps because it lacked the vast amounts of data and satellite imagery of a company like Google. Thanks to its crowdsourcing feature, Waze's mapping service provides its user community with real-time information on traffic conditions, accidents and speed traps that standard GPS services have struggled to gather. The service has also generated a loyal user base.

The Israeli way, Adam said, is "doing things simple when you need a complicated result because you don't have the money and the resources."

Roughly three-quarters of Israeli startups provide mobile or Internet services, according to IVC. Just five years ago, the number was below 50 percent.

Yossi Vardi, a leading figure in the Israeli tech scene, said the Internet boom is also a result of natural growth. "Every major (acquisition) creates a wave of angels and new investors," he said. "Angels" are the individuals who make early investments in high-risk companies.

Vardi helped pave the way for the current crop of Internet firms as an original investor in ICQ, the forerunner to modern instant messaging services. When ICQ was sold to AOL for $400 million in 1998, Vardi took his profits from the deal and invested in more than 100 other tech companies, about half of them consumer oriented like ICQ. Many of those companies, like answers.com and media software maker FoxyTunes, added success stories to the Israeli consumer market.

Vardi expects that the Waze sale will spark a similar round of growth.

Along with attracting new investors, each successful new company creates a new supply of experienced employees who may go on to form startups of their own.

"In three years, there are going to be a lot of people who are employees of these companies who are going to go out into the market," said Micha Kaufman, the CEO of Fiverr.com. Alexa, an Amazon-owned web analytics service, ranks Fiverr among the 200 most visited websites in the world.

Some experts warn of overconfidence. The low costs of launching a consumer-oriented startup, which do not require factories and large machinery used by traditional companies, has made it easy for anyone with an idea to start a business. Those low costs make the companies attractive to investors, who can afford small bets on promising startups.

"I do expect more entrepreneurs to throw their hats in the ring," said Adam Fisher, the head of the Israel office of Bessemer Venture Partners, a U.S. firm. He cautioned that with few barriers to entry, the Internet market could be flooded with companies that have little chance of success.

"We welcome them, but we hope they don't misread the success of Waze," Fisher said. He pointed out that a company that develops an app or program must also figure out how to make it profitable, a problem that traditional tech companies like chip manufacturers don't have.

Still, the success of Waze generates optimism among Israeli Internet companies. "All the press that all these exits are getting ... creates confidence for future buyers," said Yaron Carni, a veteran investor and head of the Tel Aviv Angels Group.