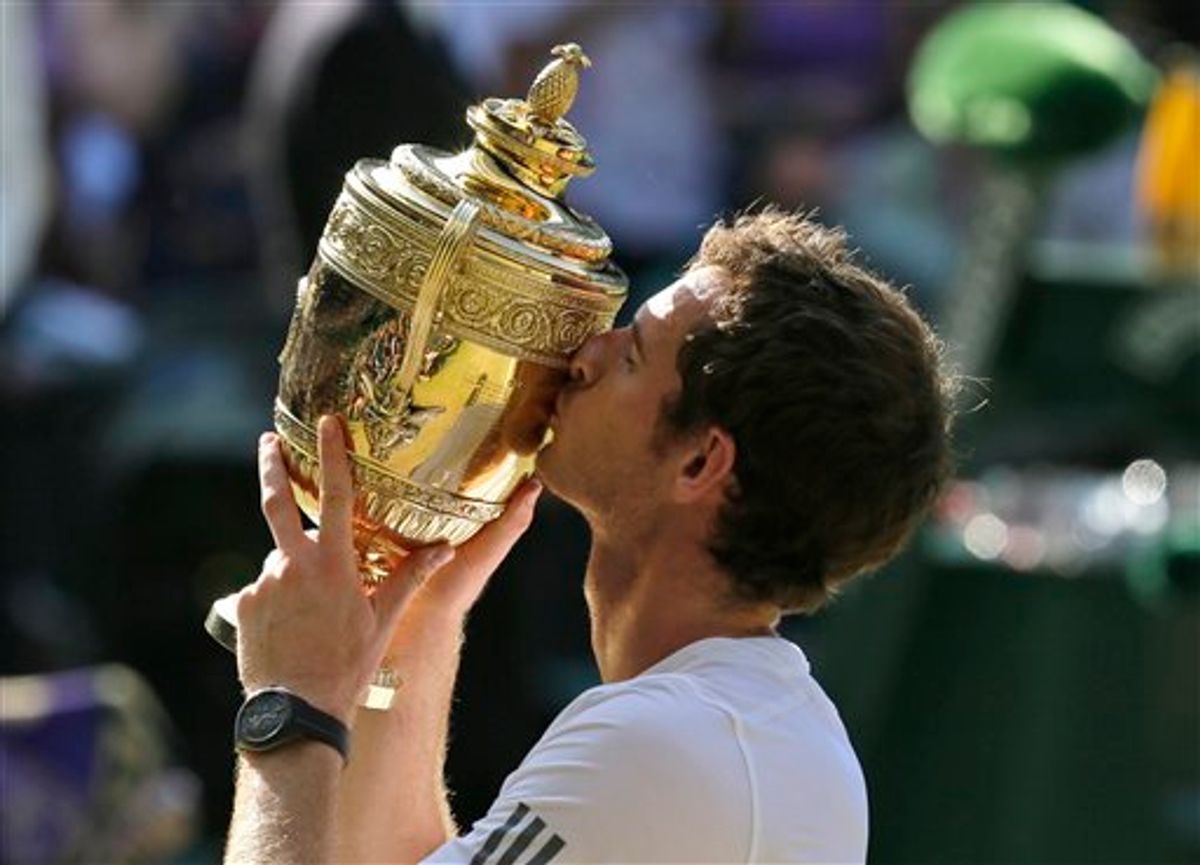 Andy Murray of Britain poses with the trophy after defeating Novak Djokovic of Serbia during the Men's singles final match at the All England Lawn Tennis Championships in Wimbledon, London, Sunday, July 7, 2013. (AP Photo/Alastair Grant)
--

"I understand how much everyone wanted to see a British winner at Wimbledon, so I hope you enjoyed it," Murray said after the match. "I tried my best."

Djokovic congratulated Murray, noting the significance of the win: "Congratulations to Andy, who absolutely deserved this win -- you played incredible tennis," Djokovic said. "I know how much it means to all of you guys, the whole country, well done.

More on the match, as reported by USA Today:

[Murray] seemed energized by the nearly 15,000 fans on sold-out Centre Court and thousands more watching the big screen from the grounds, storming back from a 1-4 second set deficit to put six-time major winner Djokovic on the ropes.

After dropping his first four Grand Slam finals, Murray, who skipped the French Open with a bad back, ran his record to 2-6, having lost to Djokovic in January's Australian Open final.

After the victory, Murray climbed into his player's box to hug, among others, coach Ivan Lendl.

"This one is especially for Lendl as well because he did everything to try to win this one so I hope he enjoyed it," Murray said.