I knew dating in middle age would be tough. But William brought the pain and awkwardness to a whole new level 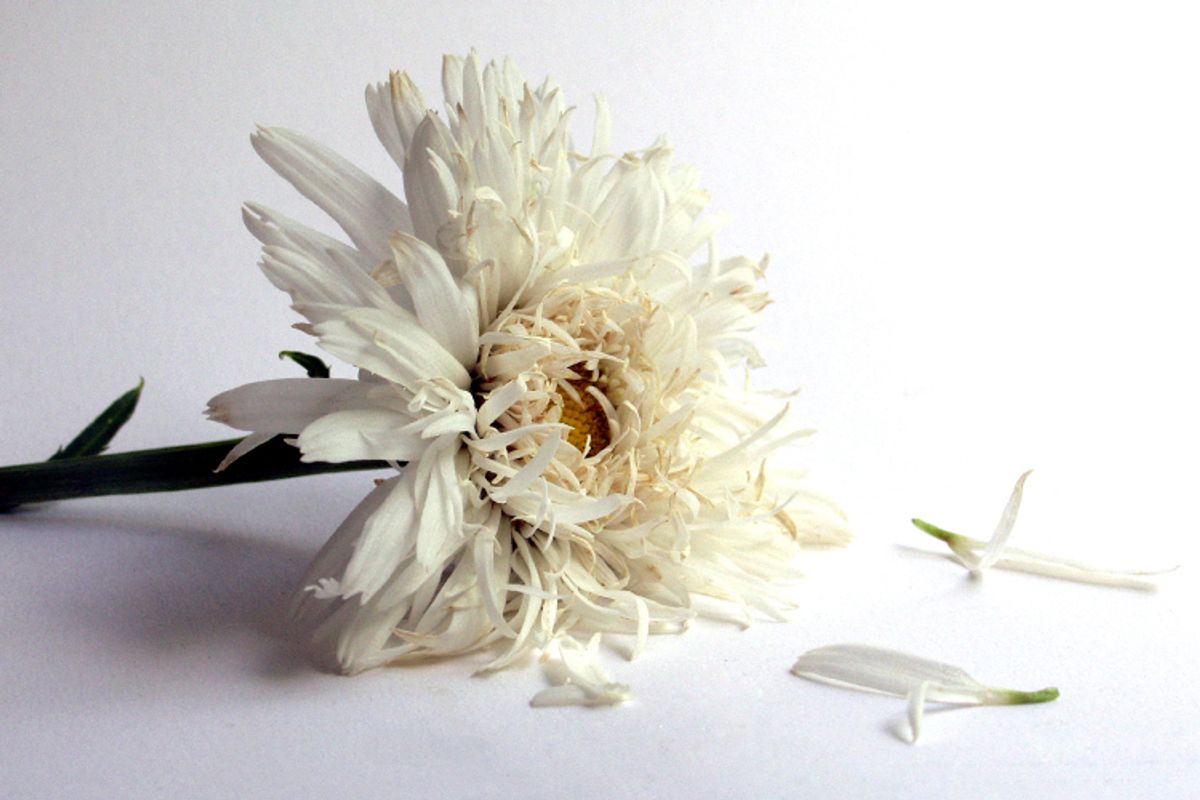 This story is excerpted and adapted from "Highs in the Low Fifties" (skirt!), a collection of humorous personal essays.

I recently heard an interesting statistic -- more than 80 percent of single people over 50 say they are happy with their single status. I am one of them. I bet most of them, like me, initially thought things were going to go just great in their second or third or fourth round of finding true love. And then came the experience so horrible/pathetic/humiliating they realized how unbelievably happy they already were.

In my case, it was a man I'll call William. I met him at a party. He seemed okay in a California-y way: bouncy, healthy, upbeat, and the author of an unpublished New Age novel I hoped never to read. Two days later he called to ask me out.

Well, why not, I thought. My approach, especially since I'd already abandoned online dating, was to stay open to possibility. I told William I'd just heard an NPR interview about a performance at a local university by the actor Charles Dutton of his monologue "From Jail to Yale."

William said he'd like to take me to the show but warned me he'd have to order the cheapest tickets available because finances were an issue. I offered to pay for my own ticket, but he declined. We made the date and I downloaded a coupon for dinner at a nice place near the college.

When William got to my house that evening, I poured myself a glass of wine and prevailed upon him to join me. He was an unenthusiastic drinker, saying perhaps he'd never had a good bottle of wine. "Sadly," he continued in his calm California way, "I'm fifty-four years old and find myself homeless, jobless, and penniless."

"Really?" I said. "How terrible for you!" It wasn't great for me either, at least in the short term. I slipped my restaurant coupon under a pile of newspapers and pulled out Tupperware containers of leftovers from the fridge.

William dug right into the chicken parmesan and continued. All the business ventures and freelance gigs he'd had going out West had tanked with the economy. When he ran out of options and rent money, he'd moved back home to stay on his mother's pull-out couch. She was a Holocaust survivor, he said, who was already taking care of his sister, a morbidly obese young woman awaiting gastric bypass surgery, and her boyfriend, a crystal meth dealer.

"Jeez," I said, "how is your mother handling all this?"

"Well," he said, "the Holocaust, you know, it kind of puts things in perspective for her. I think she's just happy to have her family around."

Soon we were off to the show at Morgan State, where the Will-Call line was so long and slow-moving that I wondered if we'd get to our seats before intermission. We finally got to our seats, which were on a precipitous fourth mezzanine perched at a dizzying height. The monologue was already almost over, and Dutton announced that the remainder of the evening would consist of his doing scenes from Shakespeare with students from the Morgan State drama department.

William looked at me askance. "I had no idea," I whispered.

Soon our entire mezzanine looked as if  sleeping gas had been released into the ventilation system. People collapsed over the arms and backs of their chairs, jaws dangling. Some sank into the pillowy bosom or muscled shoulder beside them; others remained nearly erect, nodding as discreetly as junkies in a driver's education class.

When it was finally over, I felt guilty for having made my date spend $35 on these tickets and said so.

"No problem," he said. "God, I could really use some ice cream about now!"

"Ice cream?" I said. I started racking my brain for a place that served both ice cream and alcohol, which I felt I needed as soon as possible. I made some suggestions, and said I was buying.

"Oh, I'd like to just go back to your place and chill," he said.

It was dark in the car so he couldn't see the eye-rolling. "Oh dear," I said. "I only have like one old ice cream sandwich in my freezer." I explained that the sandwich in question was Birthday Party flavor, which meant it had pastel-colored nuggets in it, and that it had once been melted and refrozen, but I was unable to dampen William's enthusiasm.

Home we went, and chill we did. He chose a spot on the couch, and I sat in an armchair as far away as I could without actually entering the backyard. He told me more about his desperate straits, his fascinating relatives, and his romantic history. I talked about my once-beautiful, intensely passionate marriage and how it had been destroyed by distrust, alcohol and bitterness.

At one point, he put in a call to his mother.

"No, Mom, just go to bed. Don't worry about pulling out the couch or anything. That's too much for you. Please. Just put a pillow and a blanket out for me and go to bed. I won't be home 'til three or four anyway."

He lifted his eyebrows, and a smile curved his lips. "Well," he said suavely, "before I go, how 'bout some touching?"

For a moment or two there was absolute silence, then I couldn't help it, I started laughing. He looked hurt.  "Why are you laughing?" he asked plaintively.

“You sit next to me on the couch, and I put my arm around you."

I plopped myself down a few inches away from him. He draped an arm around me, then began to massage my shoulder, then drew me closer to him. I leaned into his sweater, hoping this would be the end of it.  But he put his other arm around me and attempted to move into a hug position, his hands now fervently grasping and rubbing my back. I could almost feel his blood pressure rise, his muscles tense, the throbbing pulse beneath that tranquil California facade, and I didn't even want to know what was going on in his pants. I leapt from the couch as if ejected from a cannon, and he apologized and apologized and somehow we got from there to the front door.

After this evening, there was no longer any doubt about my singlehood. None of the men I had met in the preceding months was even a distant relative of The One. On the contrary, each had nudged me closer to waking up from my girlish dream. Realistically, the mating rituals of people in their twenties and thirties might never work for me at this point in life?

Through the pane in the front door, I watched William drive away; actually, I made sure William drove away. I breathed a sigh of relief. There was a shifting in the rumpled nest of woolen blankets on the loveseat, the position from which my dachshund Beau monitored all comings and goings from the house. He poked his long, velvety nose out between the fringes of the afghan, an expectant look in his shining brown eyes. He'd known all along whom I would end up with in bed that night.

And that, friends, is how you become a happy single person over 50.