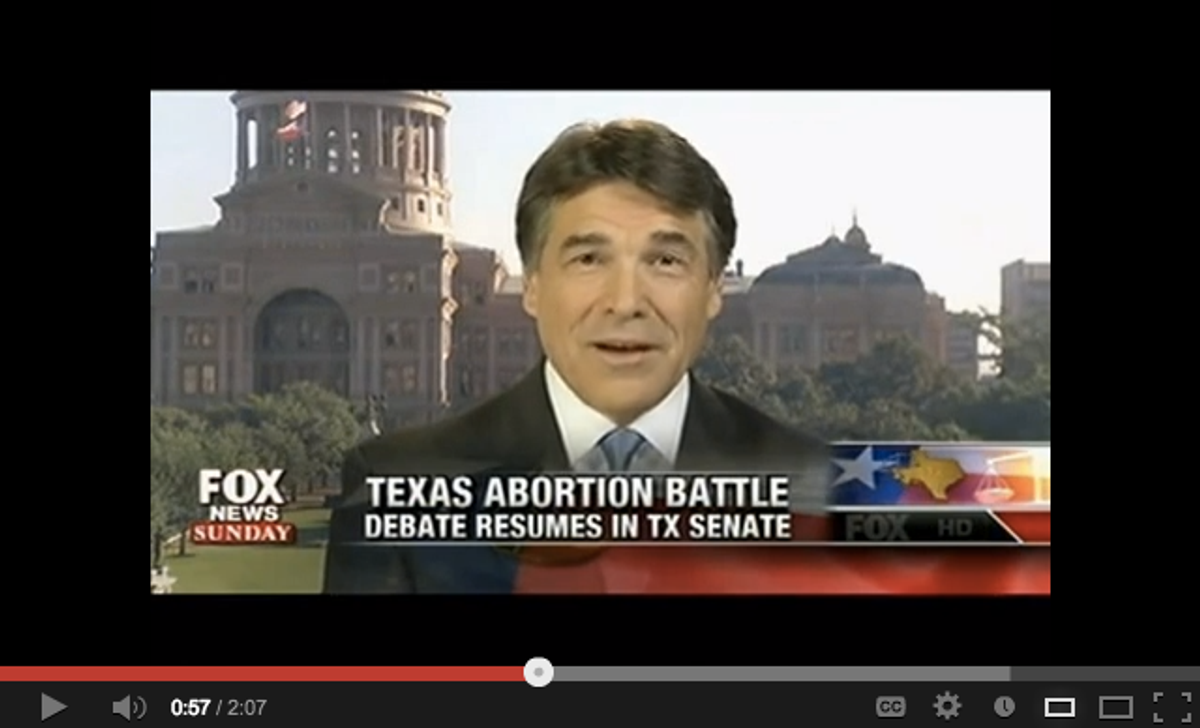 Texas Gov. Rick Perry doubled down Sunday morning on earlier remarks that state Sen. Wendy Davis' support for reproductive health care and abortion rights means that she "hasn't learned from her own example that every life must be given a chance."

Responding to criticism, Perry said using Davis -- a single mother who worked to support her daughter while pursuing an education and a career -- as a prop in a speech to undermine women's rights was actually intended as a compliment:

JOHN ROBERTS: In hindsight do you regret those comments and do you think that if you decide to run for president again in 2016, that those comments could hurt you with independent women?

RICK PERRY: Actually, those comments were meant to be a compliment to her for what she had accomplished in her life, and you think about where she came from, what she’s accomplished. And as a matter of fact, I would think that she’s very proud of that as well. My point was that saving a life and letting that life come to its fulfillment and all the good things that happened. You never know when who’s going to be considered to be an extraordinary individual who’s going to make that real impact and life. And that was our point that we were making, and nothing else. Nothing more.