It was seven seconds before the crash 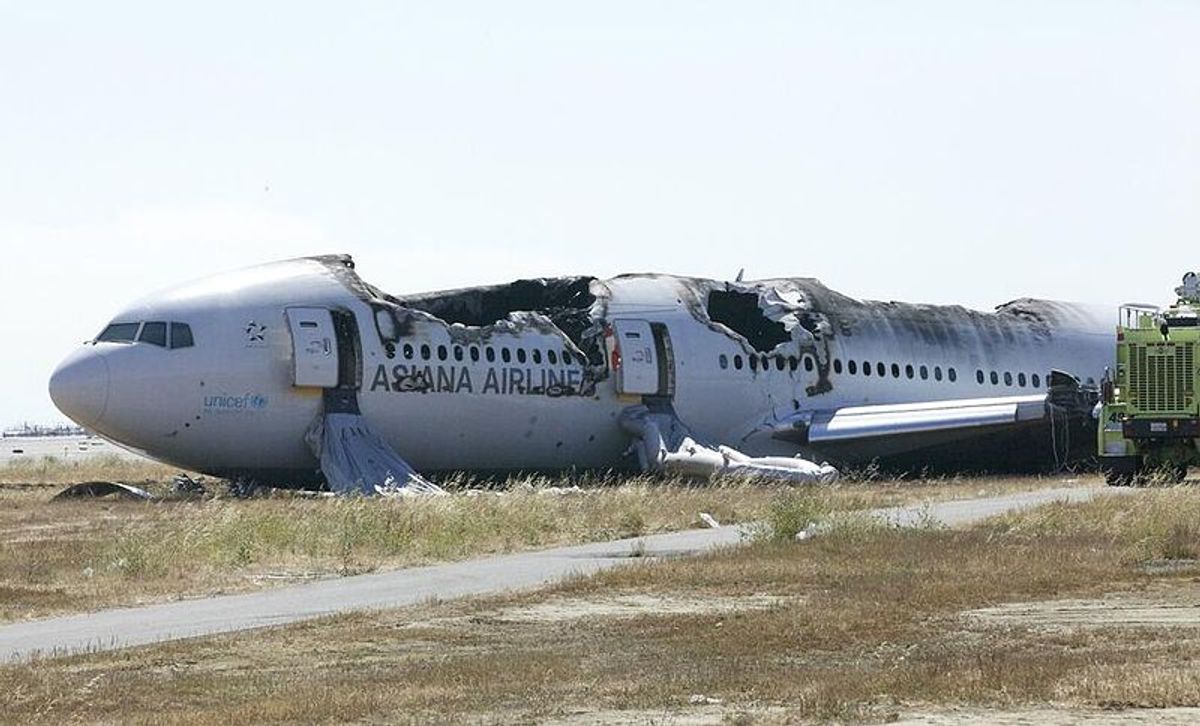 Reports from the investigation into Saturday's Asiana Airlines crash suggest the there were no indications of trouble until seven seconds before impact when the crew attempted to increase the plane's speed. The AP quoted National Transportation Safety Board head Deborah Hersman saying the plane was flying "significantly below" the appropriate speed of 137 knots per hour, or 157 miles per hour. "We're not talking about a few knots," she said.

Seven seconds before the crash, pilots recognized the need to increase speed, she said, basing her comments on an evaluation of the cockpit voice and flight data recorders that contain hundreds of different types of information on what happened to the plane. Three seconds later, the aircraft's stick shaker — a piece of safety equipment that warns pilots of an impending stall — went off. The normal response to a stall warning is to boost speed and Hersman said the throttles were fired and the engines appeared to respond normally.

At 1.5 seconds before impact, there was a call from the crew to abort the landing.

This assessment is based on the flight data and cockpit voice recorders. Another issue that has arisen with the initial investigation is the pilot's experience level:

Asiana spokeswoman Lee Hyomin said that Lee Gang-guk, who was at the controls, had nearly 10,000 hours flying other planes but only 43 in the 777, a plane she said he still was getting used to flying. Another pilot on the flight, Lee Jeong-min, had about 12,390 hours of flying experience, including 3,220 hours on the 777, according to the Ministry of Land, Infrastructure and Transport in South Korea. Lee was the deputy pilot, tasked with helping Lee Gang-guk get accustomed to the 777, according to Asiana Airlines.

The New York Times quotes a Benjamin Levy on what it felt like from the passenger cabin:

Outside his window, as the plane approached the airport where Mr. Levy, a frequent traveler, knew there should have been tarmac, there was instead a terrifying sight: the waters of San Francisco Bay.

“The pilot put the gas full steam, and we tipped back up — he went full throttle to regain a bit of altitude,” Mr. Levy said from his home on Sunday, a day after he survived the crash landing that killed two 16-year-old girls among the group of Chinese students and injured 180 of the passengers arriving from South Korea.

“We were so close to the water, the water got sprayed up,” Mr. Levy said. “There were walls of water beside the window — before we started hitting earth.”