Social media stalking has never been so easy. And guess what: You can't opt out 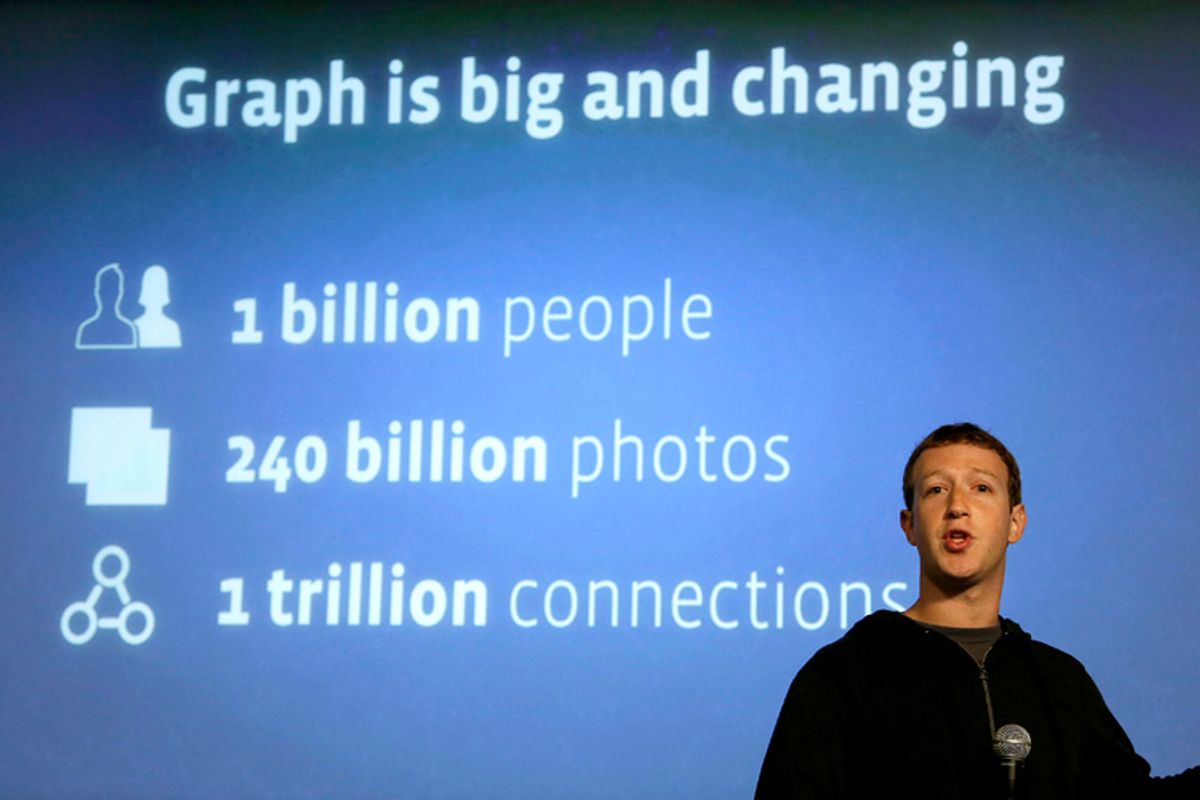 As of Monday, Facebook Graph Search is open to the masses. But beware: It is scary powerful. The first hit returned for the first search I tried this morning -- "Movies my friends who live in Berkeley like" -- was Josh Kornbluth's memoir of growing up with Communist parents, "Red Diaper Baby." An entire city, condemned to crushing stereotype with just one Facebook search! Can you feel Google's instant emasculation?

Graph Search is Facebook's ambitious attempt to turn your social network into a personalized search engine. When it was first announced in mid-January, I wrote that it "looks like a big deal, a way for Facebook to exploit everything it knows about you and your network of friends to deliver customized search results that Google can’t touch." I also called it one of the most powerful tools for stalking yet invented. After spending an hour or so playing with different search parameters, I don't see anything to undermine my initial speculations. Facebook allows you to slice and dice your network with astonishing ease. "Friends who like 'Dumb and Dumber'"? Friends who like porn films?" "Single women who like to read Thomas Pynchon and live in California?"

After each search: Presto! A page full of profile pictures -- many of whom are probably people you've never seen before, because Graph Search rummages through your "friends of friends" network, a grouping that is exponentially larger than your mere "friends" network.

You can also search through photo albums that have been made public. For example: "Photos of single men taken in California." Oh, the douchebaggery. We have so much to be embarrassed about, and now Facebook makes it easier than ever to find it.

For Facebook Graph Search to work at its full potential, however, it helps if everyone in your network has "liked" lots of stuff. Books, movies, restaurants, musicians, etc. Facebook is not yet at the point where it can parse your hand-crafted status updates intelligently and catalog you as, for example, "someone who likes to make jokes about martini olives" or "someone who thinks Wes Anderson movies are overrated." Graph Search is only as powerful as your friends' willingness to share information about themselves. If your friends think of Facebook as a dating site, that's all fine and good. But if your friends think of Facebook as an adjunct of the national surveillance state, well, maybe not so dandy. Maybe it's time to be a little less promiscuous in your "liking."

But don't even think of trying to opt out completely from Graph Search. That's impossible. If you use Facebook, you will be searchable. That's the price we pay for our social network connectivity. And as Facebook gets smarter in digging through our photos and status updates, the network will know more and more. Graph Search isn't hype: It's a powerful tool that will only get more powerful.