"All-American Boy," about a gay man's unrequited love for another man, has gone viral 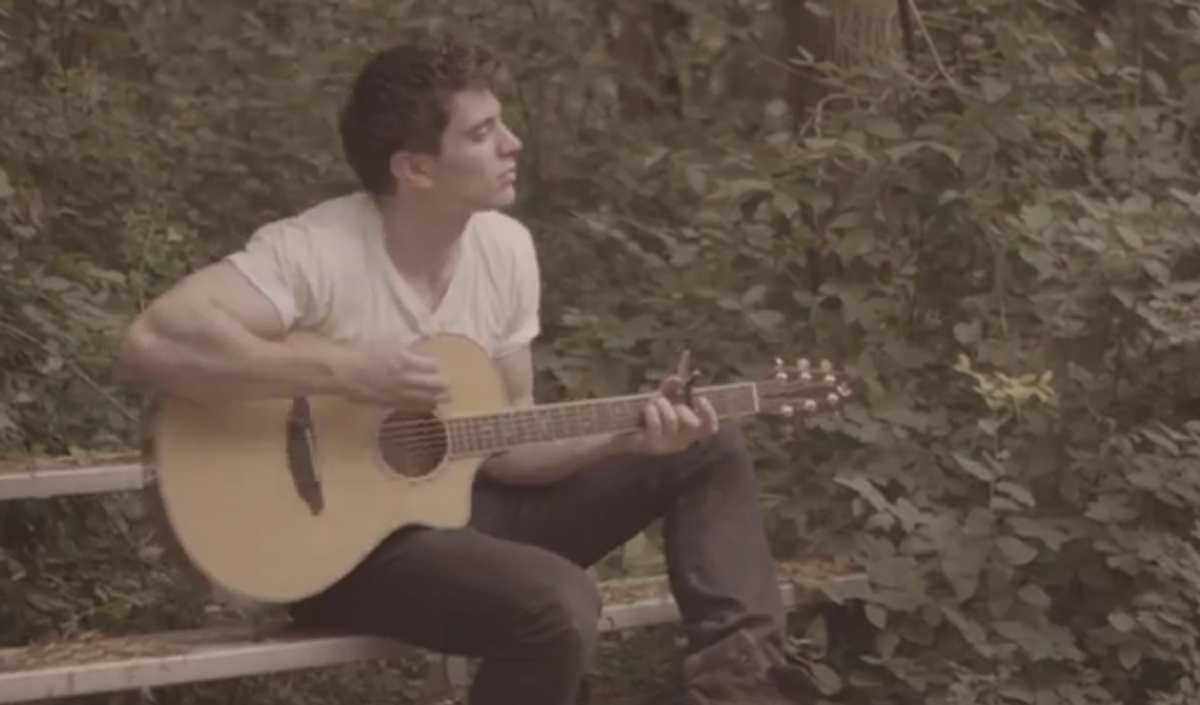 Chicago native Steve Grand, 23, is gaining attention this week for his country song, "All-American Boy," about a gay man's unrequited love for a straight man. Having gained over 400,000 views in less than a week, Grand is being hailed as the first openly gay male singer of the genre.

Grand, who was made to go to "straight therapy" for five years, says the song is based on personal experiences. From the AP:

"I was a 13-year-old boy (at camp)," noted the 23-year-old singer-songwriter, speaking by phone from his hometown Chicago. "One of my counselors was warm and strong and he took an interest in me -- not sexually, but as a friend, and it really moved me. I remember leaving with a horrible ache in my heart."

While "All-American Boy" is told from the gay man's perspective, Grand said he knew its tale of unrequited love would resonate across lines of sexuality. He's received hundreds of postings on YouTube, Twitter and Facebook from viewers, both straight and gay, saying they understand such rejection and heartache.

Financial troubles forced Grand to leave college after his freshman year, but after his recent Internet fame, he told the AP that "I would die a happy man today." Watch the video below: