Study: Frat bros are less sexually aggressive than other men

While fraternity guys are often considered more sexually aggressive than their peers, the opposite may be true 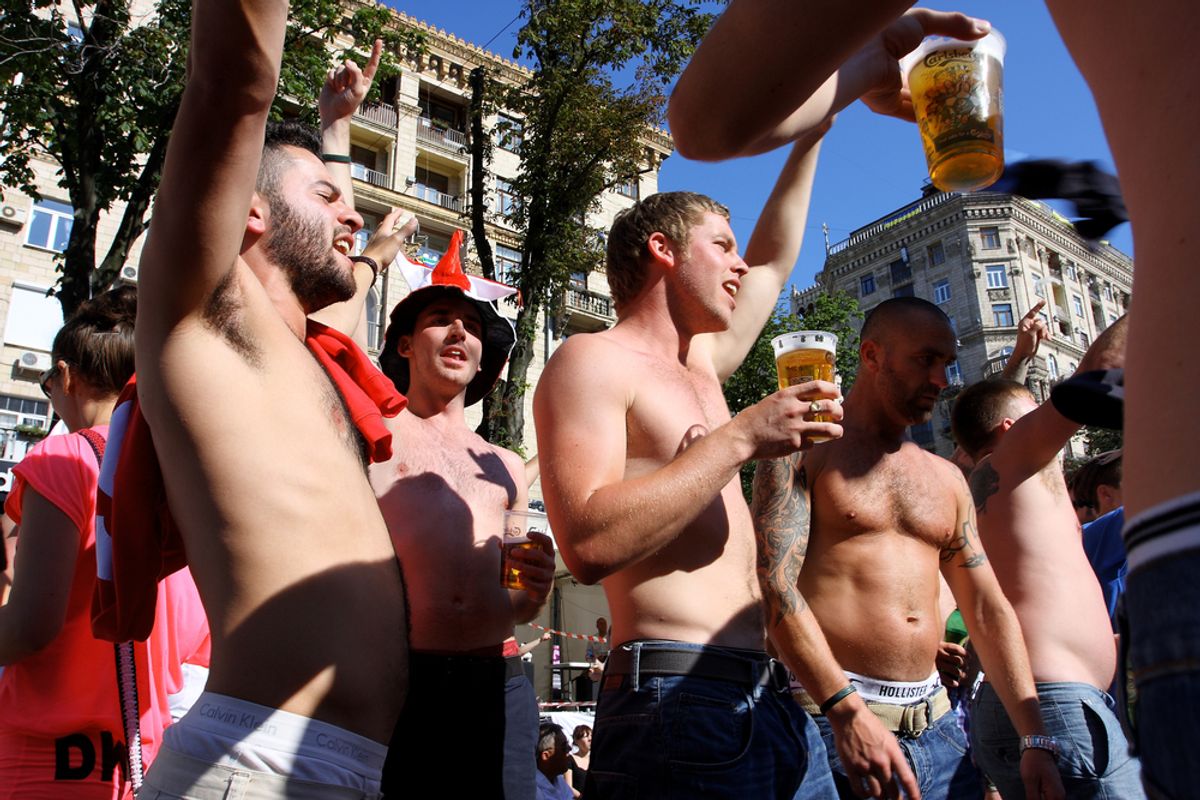 A new study on hypermasculine attitudes among college-age men suggests that while fraternity guys are widely considered to be more sexually aggressive and hostile toward women than other men, the opposite may be true.

The study, co-authored by researchers at George Washington University and Loyola University, found that while "fraternity members demonstrate higher levels of disinhibition and hypermasculine attitudes," it was actually non-fraternity members who showed "a positive correlation between hypermasculine attitudes and hostility toward women" -- a predictor for sexual aggression.

For fraternity members, researchers say, there was no notable pattern or correlative relationship between hypermasculine attitudes and hostility toward women.

“I do not want to say that sexually aggressive attitudes are not apparent in fraternities -- they were,” study co-author Charles S. Corprew, an assistant psychology professor at Loyola University New Orleans, told Allie Grasgreen at Inside Higher Ed. “But when we add hyper-masculinity and hostile attitudes toward women, the non-fraternity guys seem more threatening.”

The difference may be explained by the fact that fraternities are monitored by university officials and have to participate in awareness exercises like mandatory consent trainings to maintain their charters, according to Corprew.

“A lot of these organizations are very cognizant of what’s going on on college campuses and the fraternity and the hook-up culture that goes along with that,” he said. “They know that, the threat of their chapter and charter being revoked if anything nefarious happens.”

(Though it is probably worth mentioning that this apparent concern for revoked charters and nefarious happenings has not, of course, stopped plenty of fraternity brothers from acting openly hostile, sexually aggressive and violent toward women.)

But consent training and other awareness-raising exercises are not always part of broader campus culture: “We often talk about, how do we address the issues with women post-sexual assault,” Corprew said. “There’s not a lot of programming on college campuses that actually addresses what’s going on with men.”

And that's something that needs to change, Corprew said. "I think the universities kind of need to follow suit [of organizations like Men Can Stop Rape] and say, yes, we are addressing the needs of women, but we also need to address the needs of men on campus."