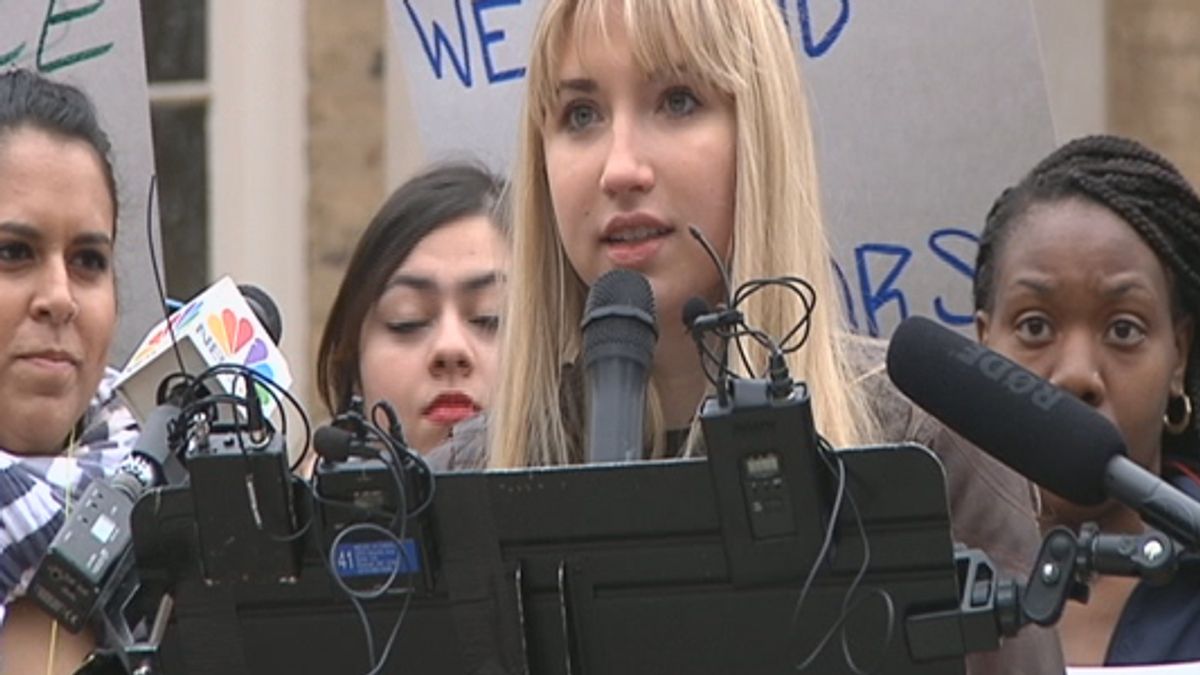 The University of North Carolina-Chapel Hill is currently facing a third federal investigation into its sexual assault policies, with the the U.S. Department of Education’s Office for Civil Rights now looking into allegations that university officials retaliated against sophomore Landen Gambill after she spoke publicly about being sexually assaulted by a fellow student.

The U.S. Department of Education’s Office for Civil Rights will look into whether the university retaliated against a student, Landen Gambill, who joined with four other women to file a federal discrimination complaint against UNC-CH for its handling of sexual assault cases.

The government is already investigating that complaint, made in January, as well as the university’s reporting of sexual assaults under federal law governing campus crime statistics.

The Office for Civil Rights has said it would open a third probe, focused on Gambill’s allegation of retaliation. Gambill, who accused a fellow student of sexual assault, spoke out at rallies about the alleged rape and the university’s handling of her case. She was later charged with an honor court offense for intimidating the accused student, whom she did not name but identified as a former boyfriend.

The male student was found not guilty of sexual misconduct in a 2012 campus judicial hearing but was found responsible for verbal harassment of Gambill.

At issue are allegations that the university retaliated against Gambill by charging her with "disruptive or intimidating behavior" after she filed her original discrimination complaint, and whether or not the university's assignment of the male student to a dormitory near Gambill's -- even after he was found to have sexually intimidated Gambill and was given a no-contact order -- constituted retaliation.

In a comment to the Huffington Post, Gambill said she expects the investigation will be "credible and thorough."