The BBC insists that it will not censor the comedian, who has been dubbed an "offense machine" 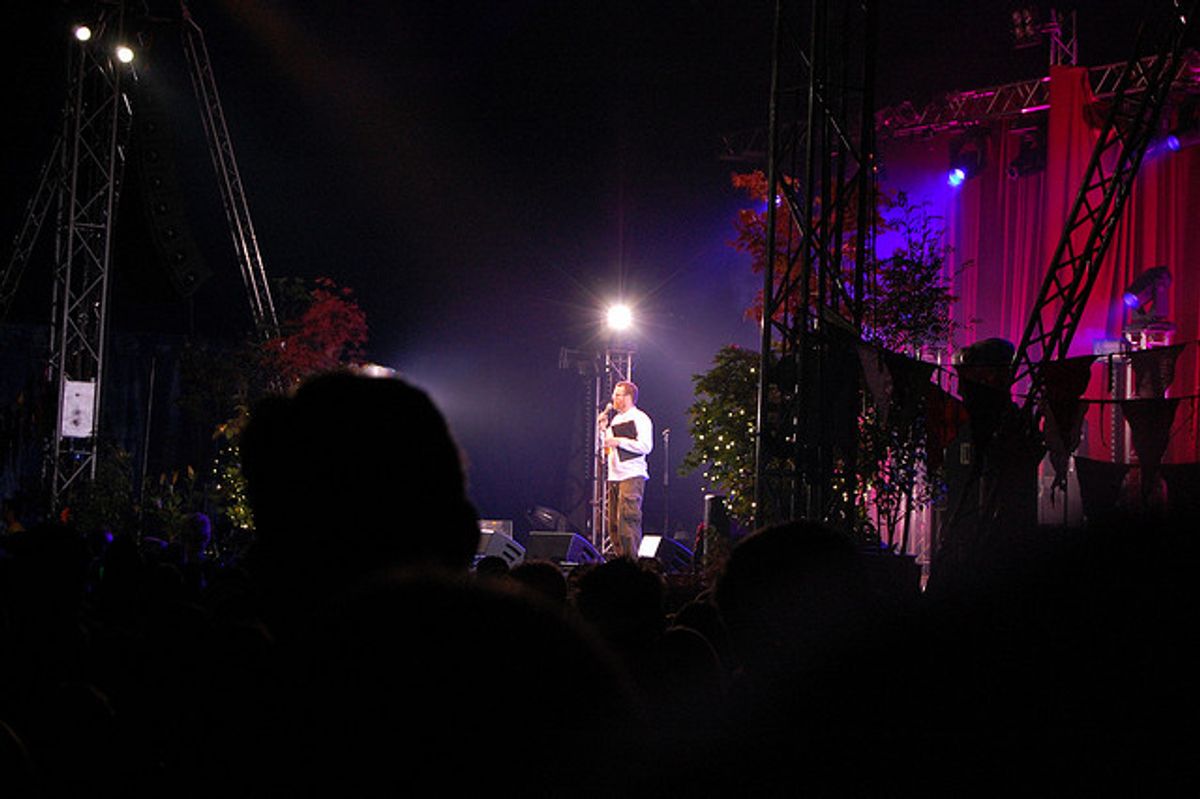 The BBC has said that it welcomes Scottish comedian Frankie Boyle back to the network, despite concerns over his dark and sometimes offensive humor. Boyle's controversial jokes, which have gotten him branded as an "offense machine," include mocking a woman's disabled son, comparing Olympic swimmer Rebecca Adlington's face to that of a dolphin and likening the Queen of England to "Lord of the Rings" beast Gollum. While the BBC can control what jokes are aired on the program, however, the network argues that asking Boyle to tone down comments made on Twitter would be overstepping its bounds.

The sentiment comes as celebrities are being held more accountable for things they write on social media, which can have very real consequences for their careers (or at least, they should), but the BBC argues that getting involved in a star's personal social media account would be a form of censorship. BBC comedy controller Shane Allen explains to the Guardian:

Allen said another Twitter furore involving the comic would immediately be characterised as "the BBC's Frankie Boyle says something horrific on Twitter".

He added: "We don't and nor should we say to Frankie Boyle: 'Do you know what, could you stop tweeting in case you do a programme for the BBC and it reflects badly on the programme because the story will be the BBC's Frankie Boyle says something horrible about the Queen?' That's censorship."

Ultimately, Allen believes that, though risky, Boyle's comedy serves a purpose. "If it is nasty comedy which is not done with intelligence and a purpose then I think you can't defend it. But I do think Frankie has something to say."