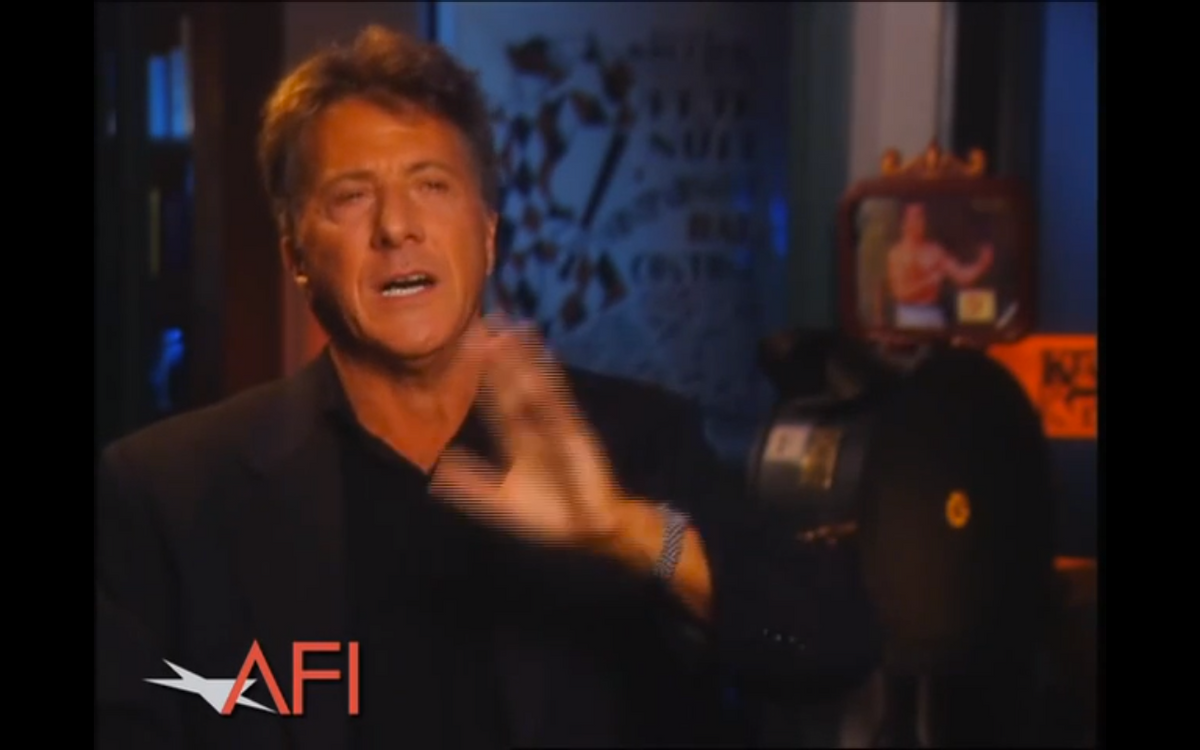 Dustin Hoffman didn't want to just be any ordinary woman for his gender-bending role in the 1982 film "Tootsie," he wanted to be "a beautiful woman."

It may seem obvious, who wouldn't? Yet it took a long, unsatisfied look in the mirror — once makeup crew had transformed him into the female part of the character — for Hoffman to realize the effect of impossible beauty standards on both sexes.

Face-to-face with his new, unattractive female visage, Hoffman had an "epiphany," and later went home and started crying, the 75-year-old revealed in a 2012 interview:

Talking to my wife, I said I have to make this picture, and she said, "Why?" And I said, "Because I think I am an interesting woman when I look at myself on screen. And I know that if I met myself at a party, I would never talk to that character because she doesn't fulfill physically the demands that we're brought up to think women have to have in order to ask them out." She says, "What are you saying?" And I said, "There's too many interesting women I have…not had the experience to know in this life because I have been brainwashed."

The video pulled from the AFI archives by the Mary Sue has now gone viral, spreading a refreshing take on modern beauty standards and social values from the male perspective.