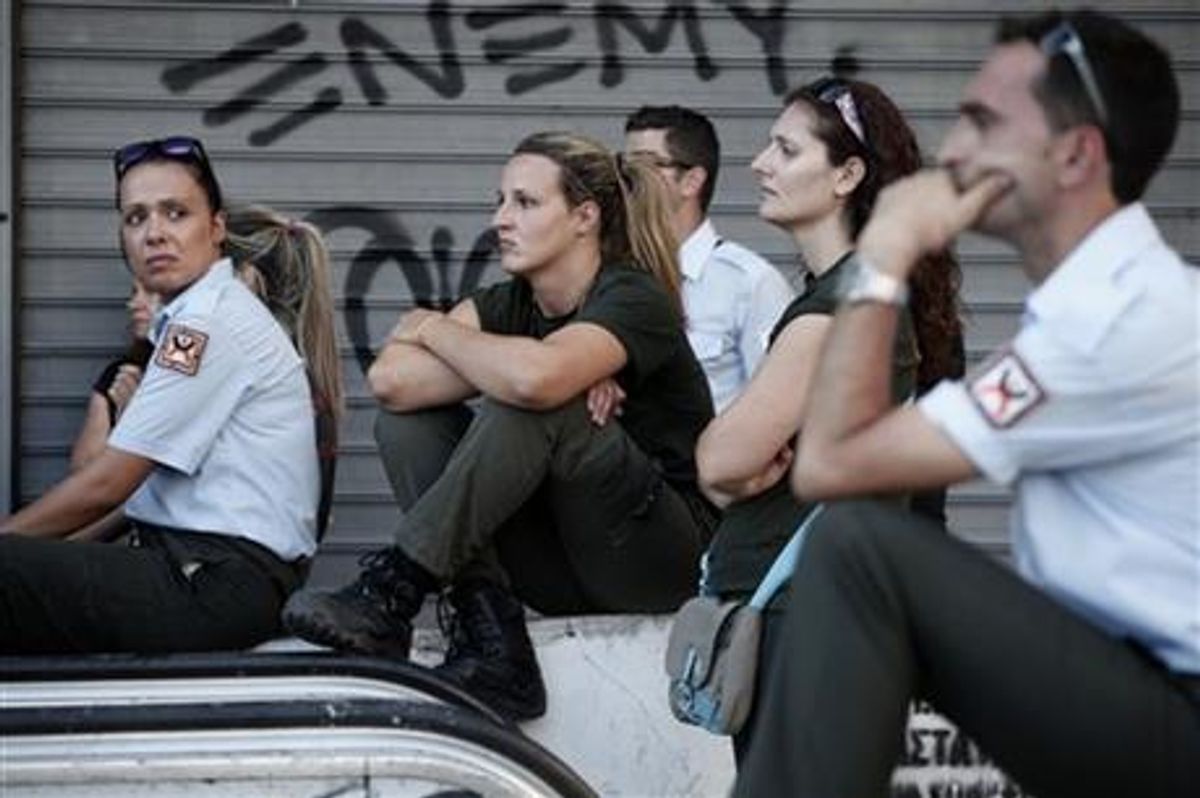 ATHENS, Greece (AP) — Greek municipal workers went on strike for the second day Tuesday to protest their inclusion in a government plan to reduce the number of civil servants and meet criteria for the country to continue receiving vital funds from its international bailout.

Up to 3,000 striking municipal workers marched through the streets of central Athens in their second demonstration in as many days to voice their objections to the civil servants' reduction scheme.

The 24-hour strike comes a day after Greece's creditors approved the disbursement of 6.8 billion euros ($8.7 billion) from the rescue package that is keeping the country afloat.

But in order to continue receiving the money, Greece must stick to the agenda of cuts and reforms it has agreed to, including the firing of several thousand civil servants.

The government must put 12,500 civil servants on administrative leave by the end of 2013, with the possibility of dismissal. They include 2,200 school security personnel; 3,500 members of the Athens municipal police, which will then be disbanded and absorbed into Greece's police force; at least 2,000 local government employees; 1,500 teachers; and employees of various ministries.

Those affected will be paid 75 percent of their normal salary and be subject to dismissal if they aren't transferred to other state agencies within eight months.

Greece has been dependent on billions of euros in rescue loans from other European countries that use the euro as their currency and from the International Monetary Fund since 2010, when it found itself unable to borrow money on the international bond market.

In return, its economy has been put under strict supervision by the IMF, European Central Bank and European Commission, whose envoys, known collectively as the troika, visit the country at regular intervals to check on progress of promised reforms. Greece has taken a series of austerity measures, including slashing pensions and salaries and repeatedly raising taxes.

Despite the reforms — or, some critics say, because of the emphasis on austerity measures — the country's economy is struggling through a sixth year of recession, with unemployment at above 27 percent.

The troika warned in a statement issued Monday that while Greece's finances were improving, reforms were being implemented too slowly and the outlook for the country's economic recovery remained uncertain.