Fans of the the Oil Drum website are blaming the success of fracking for its demise. Not so fast 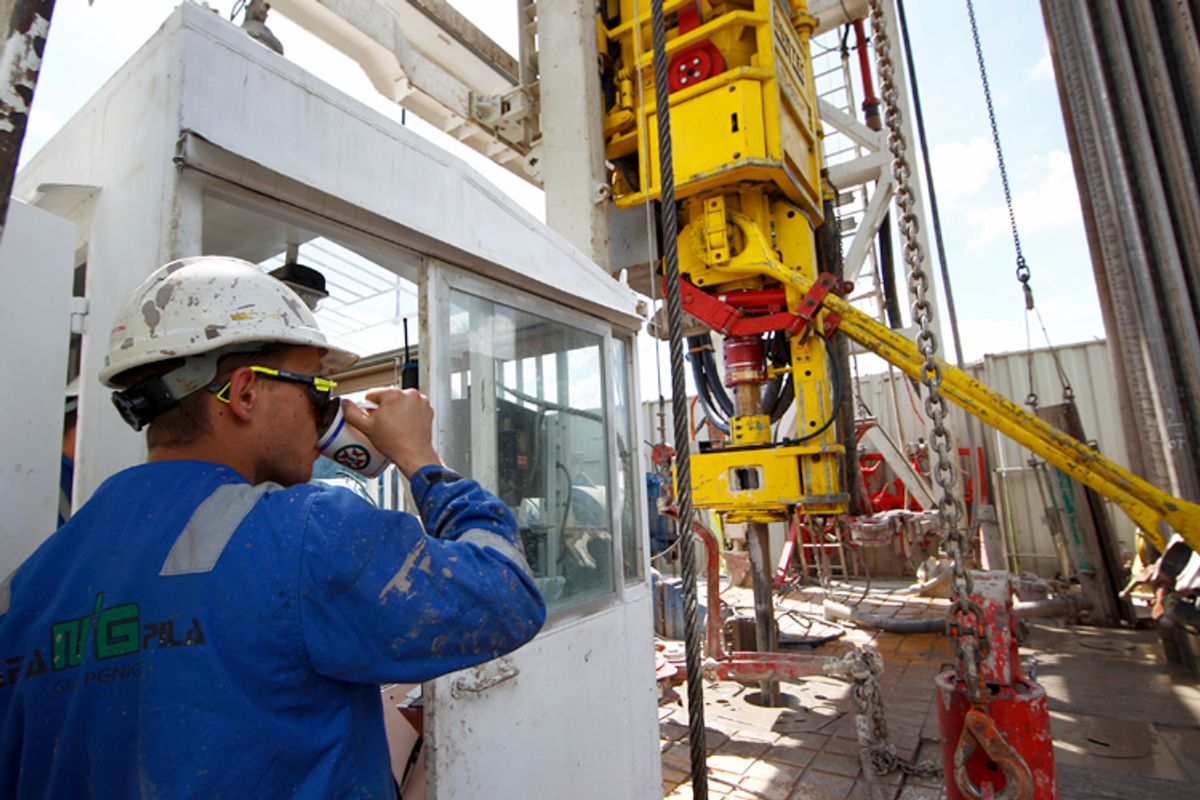 Sad news from the world of Peak Oil-awareness. On July 3, the Oil Drum, a fabulous one-stop-shop for news, analysis and discussion of energy issues, announced it was shutting down after an informative eight-year run. As of July 31, there will be no more new content published at the Oil Drum.

A few weeks ago the ISEOF board (The Institute for Energy and Our Future that facilitates The Oil Drum), Euan, Super G, JoulesBurn, and Myself, met to discuss the future of The Oil Drum. A discussion we have had several times in the last year, due to scarcity of new content caused by a dwindling number of contributors. Despite our best efforts to fill this gap we have not been able to significantly improve the flow of high quality articles.

Back when I was covering environmental issues more regularly, the Oil Drum was one of the first places I'd go to get context on breaking news related to energy issues. The Oil Drum was also one of the best places to get educated about the threat of peak oil: the argument that the world was rapidly reaching the point -- or had already reached it -- of global maximum production of oil.

We don't hear so much about peak oil these days. The most obvious reason: the deployment of technological advances that have increased production from old wells or made possible the extraction of fossil fuels from previously uneconomic sources, i.e., fracking. One commenter on the Oil Drum's announcement went so far as to claim that "fracking had killed The Oil Drum." Another posted a Google Trends documenting the sharp decline in searches for the phrase "peak oil" as contrasted to the sharp rise in searches for the word "fracking."

I asked the Oil Drum whether the fracking-killed-the-Oil-Drum theory had any merit. Here is what "Joules Burn" told me (emphasis mine):

I think it is more the case that the majority of contributors (and editors and tech staff) are just burned out (sorry for that pun...). It takes a lot of effort to research and write quality articles, have reviewers whack at them for awhile, and then deal with the comments that come in (some useful, some not). I can think of many examples where folks just ran out of things they were passionate to write about. Even a regular (until recently) guest contributor stopped publishing on his own blog for this reason. Some have been pulled in different directions (including myself) with jobs and family and such. In short, there is probably no single reason. But as this is a collaborative effort of many individuals (and indeed with some differences of opinion on some issues), we just decided we no longer had critical mass and wanted to end at this still somewhat high point rather than let it morph into something unrecognizable.

As for the frac-slays-TOD theory, that is certainly expected given the way this has been portrayed by most in the media: technological advances overcoming depletion. Closer to reality is that, while there have been some advances, it is mostly that continued high prices made the application of pre-existing technology worth the financial risk of drilling expensive, rapidly depleting wells on land that one must pay royalties on in addition. We have had some recent posts indicating that well performance has been getting worse instead of better, so even at current prices, the future is uncertain. At the same time, US consumption is still down from what it was prior to 2008, and the net result is a lot of feel-good myths about imminent US energy independence.

But although this has played a role in the decline of page views on TOD, I don't think it really factored into our decision. With blog fatigue setting in, maybe we are just too weary to swat it all down -- or have decided that it's not overly critical to do so. Many of us are looking instead beyond immediate supply issues and are becoming more interested by the overall relationship between economies and more expensive energy, including environmental limitations.

Critics of the theory of peak oil will argue that higher prices will always result in new technological advances that will increase production or otherwise improve the efficiency with which fossil fuels are transformed into energy. But if Joules Burn is right, the long-run "truth" of peak oil is currently being obscured by a short-term unsustainable boost in production. And if that's the case, one could argue that, now, more than ever, we need voices disputing the new complacency while we still have time to move more aggressively to renewable sources of energy before we hit the real crunch.

But the Oil Drum won't be part of that mix. Someone else is going to need to step up.