Despite pressure, the coffee chain tells Salon it will continue to comply with local gun laws 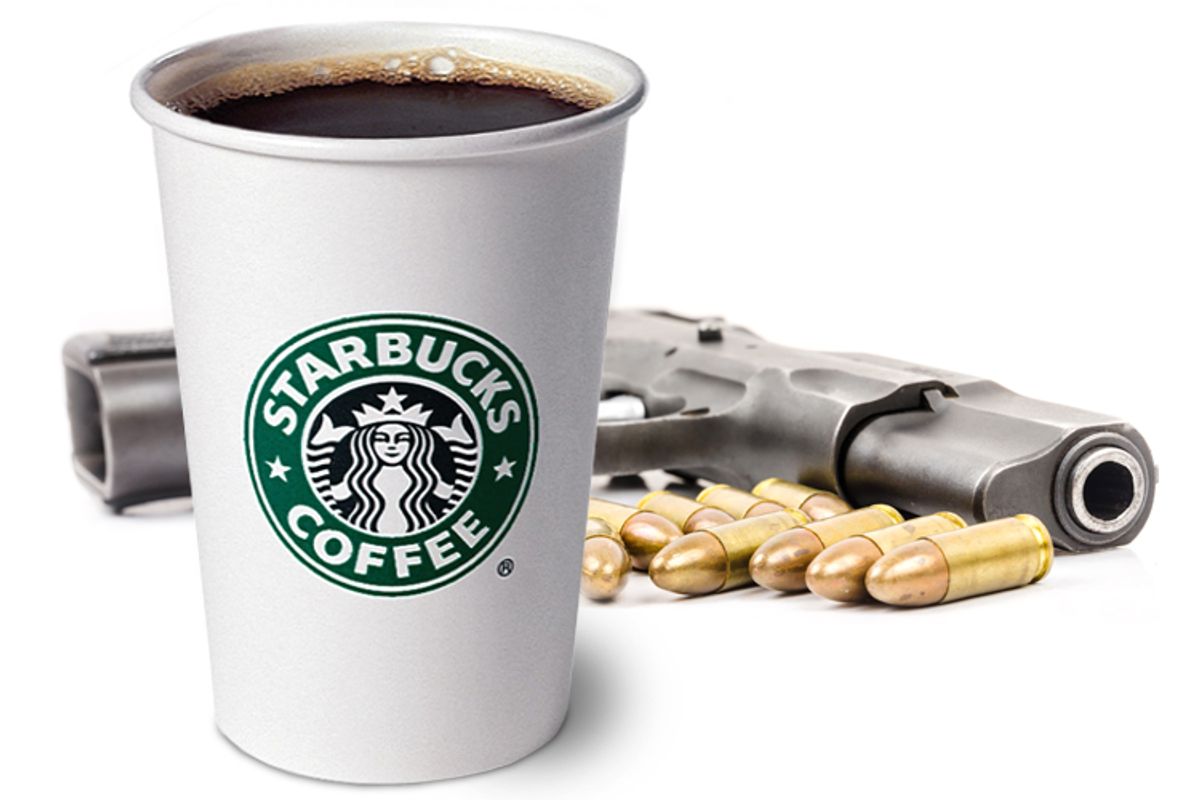 Starbucks doesn’t think gun owners should have to disarm to get their caffeine fix.

The group Moms Demand Action for Gun Sense in America has launched a petition this week calling on Starbucks to ban guns from its coffee shops.  But a spokesman for the coffee chain told Salon that it will continue to comply with local laws. That means in “open carry” states, customers can take their weapons into the shops. The majority of states allow some form of open carry though local rules limit it further in some jurisdictions.

Responding to Starbucks, Moms Demand Action founder Shannon Watts said it was “unfortunate.” Watts mentioned that some groups, such as one called Come and Take it, make a point of meeting at Starbucks shops because guns are allowed inside.

Whether guns are allowed in the shops isn’t strictly a symbolic turf war. On July 2 this shooting took place at a Starbucks in Houston: