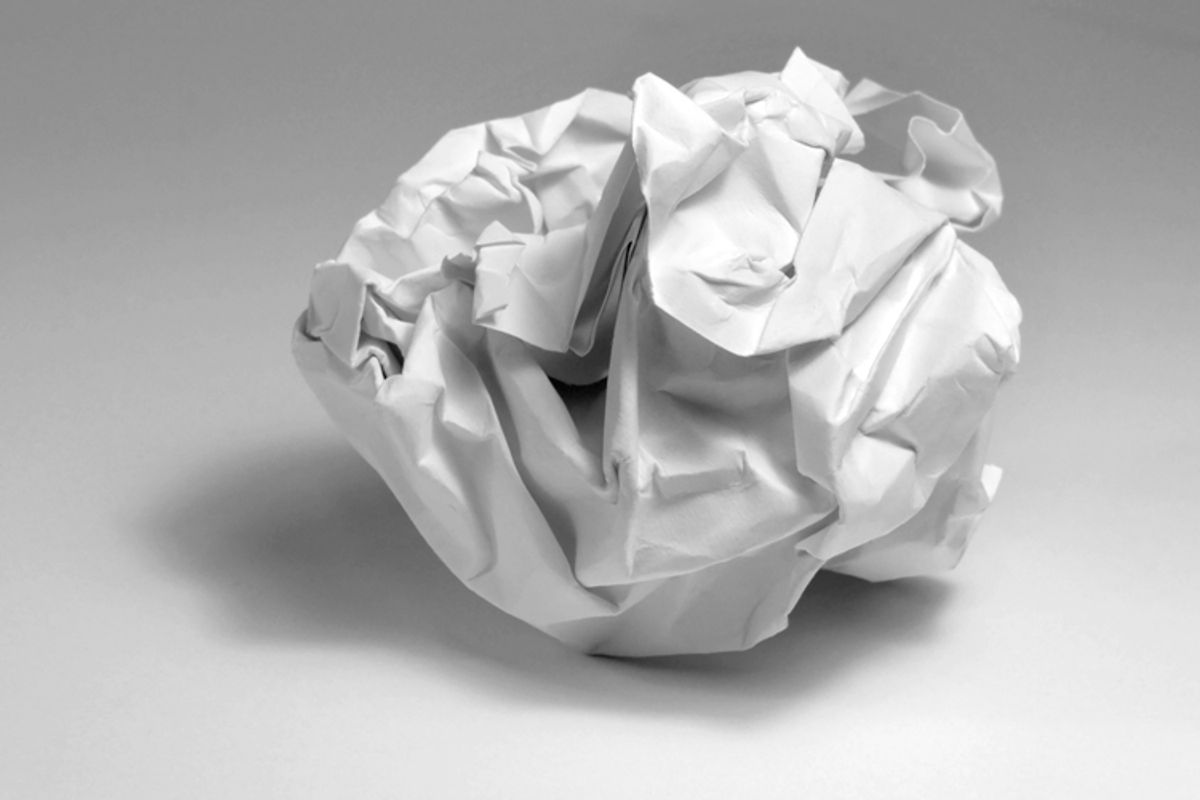 As a follow up to our investigation into the realm of obsolete pigments, here is a look at some of the surfaces that those pigments were applied to that have also fallen into obsolescence. This doesn’t mean they have entirely disappeared, as even the most obscure material is likely still sought out by some artists, but these five types of paper are not the stalwarts they once were.

Weighing of the heart of the deceased in the Book on the Dead, written on papyrus (via the British Museum/Wikimedia)

Plenty of things were around before paper to write on, from clay tablets to slabs of marble to rock walls and pieces of bone, but it was only when plants and such started to be turned to pulp or layered into new flat materials that we really get into what we consider “paper.” Papyrus was one of the earliest, with examples going back some 5,000 years, and the ability to stretch the plaid of patterned leaves indefinitely resulting in scrolls found as long as 40 yards. Curiously, as the Brooklyn Museum describes, although it’s been around for so long no writing on its creation has been found. It vanished around the 10th century AD, and later in the coming centuries so did the papyrus plant with it (although it’s since been reintroduced).

Page from the Diamond Sutra, the oldest printed book from 868 AD. (It likely does not include fishing nets, but descends from the same process.) (via Wikimedia)

The eventual development of all the types of paper we know today goes back to a 2nd century Chinese eunuch named Cai Lun. According to The Cambridge History of Chinese Literature: “In 105, while serving in the directorate for imperial manufacturies, he devised a process of making paper from hemp, mulberry bark, and fishing net.” This concoction was a major improvement on the wood, bamboo, and even silk-based papers being used. and even if the fishing net ingredient didn’t stay popular, the balance of organic materials into a sturdy writing and drawing surface did. Alas, although Cai Lun is still celebrated as something of the father of modern paper, he didn’t end well, and reportedly comitted suicide by drinking poison after being threatened with prison when a new emperor took power.

Pulpy, fibrous paper spread all over after Cai Lun, including the Lokta Paper in Nepal. It was very durable and considered quite beautiful, made from a high altitude wild shrub. Unfortunately, despite its hundreds of years of being favored for Buddhist scriptures, it almost entirely disappeared in the 20th century. According to Assessing the Sustainability of Uses of Wild Species, in 1959 it lost its main export market when the border with Tibet was closed by China. With no more monasteries to buy it, it quickly declined, especially with the appearance of cheaper machine made paper from India. However, UNICEF took an interest and used the sale of greeting cards in the 1980s to revamp the market, and now the bark-based paper has returned to the Kathmandu Valley and Janakpur, even if it’s more a craft material than a foundation of Buddhist printing.

Jumping ahead to more papers left behind, Laid Paper is one of the early mass-produced papers, and is still around for those who look for it, but is no longer as widely used. It’s easy to spot it for its heavy texture and ragged edges, as each page was individually made in a wooden mould. Watermarks were even formed into the mould’s wire mesh, resulting in some creative patterns. Artists like Seurat used it for their paper work, responding to its rough characteristics with their drawings, although what we see now has changed from its original color. And this can change the nature of viewing his work, as in the catalogue for the 2008 MoMA exhibition Georges Seurat: The Drawings describes: “Seurat’s drawings must originally have been whiter and less warm-toned than most sheets now appear.”

One paper that doesn’t lose its color or deteriorate like wood pulp-based paper is rag paper, but were the wrappings of mummies ever mixed in its mills? We’ve already covered that mummies were ground up to make a color called Mummy Brown, so it doesn’t seem like too much of a leap that the rest of the mummy might have been used to make paper to apply that paint to. As Heather Pringle explains in The Mummy Congress: Science, Obsession, And the Everlasting Dead, “during the mid-nineteenth century, American mills regularly recycled rags to make paper [...] As the demand for paper soared, so too did the need for old cloth, and during one shortage, several East Coast mills reputedly imported Egyptian mummies by the shipload and hired local women to strip them of their wrappings.” Unfortunately, the unclean death shrouds reportedly spread disease.

If this story seems a little too outlandish, you’re not alone, and Pringle points out that if it had existed, it’s “vanished without a trace.” Yet there remains evidence periodically unearthed in favor of its existence, such as back in 2010 when there was a report from an amateur Egyptologist that proof had been found in Brown University’s library on a broadside stating that it was made of material from ancient tombs in Egypt. (You can read a decent round up of both sides here.) Veracity of the mummies aside, it’s probably a good bet that some unexpected rags and clothing got into rag paper, and as we started with papyrus, it would be oddly fitting to end with paper purportedly actually made from ancient Egyptians themselves (or their wrappings).