Robert "Bobby" Tufts of Dorset, Minn., is campaigning for his second term 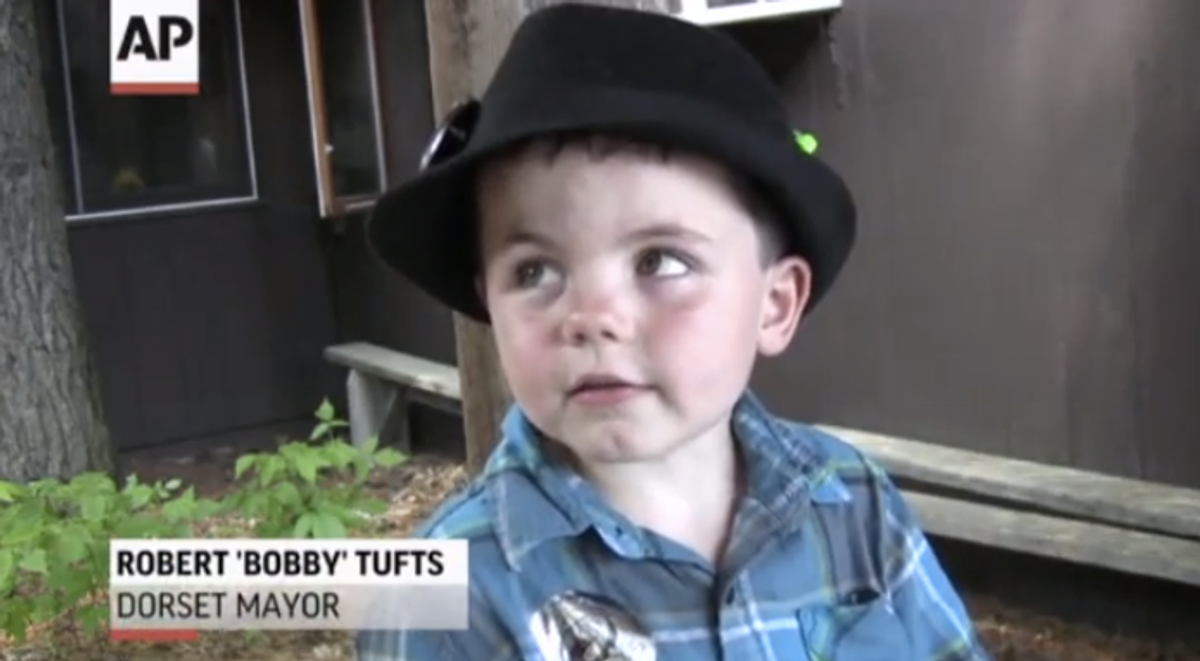 Robert "Bobby" Tufts, 4 years old, has been mayor of Dorset, Minn., for a year, now. He's running for his second term in the town with a population of less than 30 that calls itself the Restaurant Capital of the World.

Because Dorset has no formal city government, the mayor is chosen at the Taste of Dorset Festival. Votes cost $1 and the winning name is drawn from a ballot box on Aug. 4.

If Tufts is reelected, his main agenda is to make ice cream the top of the food pyramid. His favorite flavors are: "Chocolate. And vanilla. Strawberry. Cotton candy kind. And rainbow sherbet," reports the AP.