Updated: The House voted to pass the measure, and a final vote could be held as early as Friday in the Senate 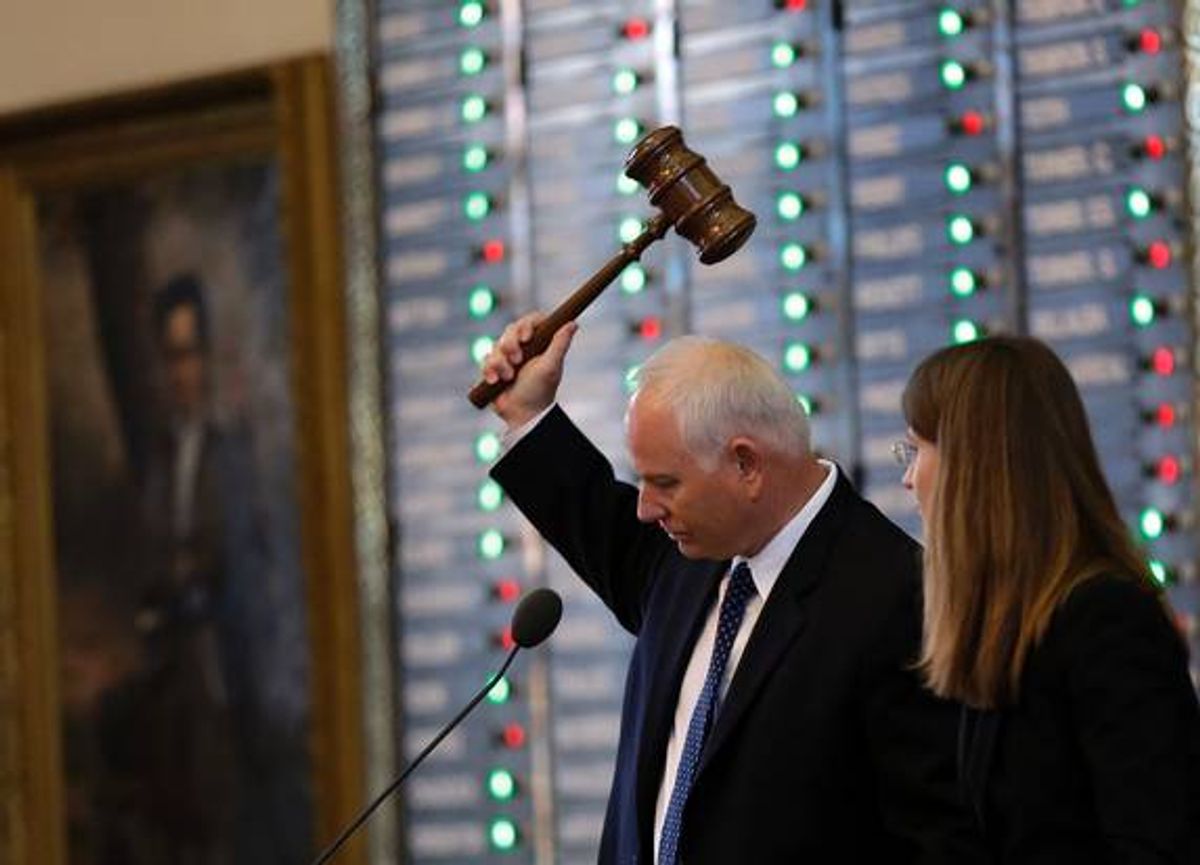 The Texas House passed the restrictive abortion ban Wednesday afternoon, a final vote could be held as early as Friday in the state Senate.

After 10 hours of debate on Tuesday, the Texas House voted to provisionally approve an omnibus bill of sweeping abortion restrictions that could shutter 37 of the state's 42 abortion service providers and leave thousands of Texans without access to basic healthcare.

A final vote is scheduled for Wednesday, after which the measure will go to the Republican-majority Texas Senate, where it is also expected to pass.

Democrats introduced two dozen amendments to temper some of the most draconian provisions of House Bill 2, but state Rep. Laubenberg, R-Parker, rejected each attempt to modify the bill, explaining that it was "not about politics," and that ignoring her colleague's concerns about the constitutionality of the measure and the bill's impact on women's health was "the right thing to do."

A single Republican voted against the measure, state Rep. Sarah Davis, R-West University Place, who said she opposed the bill because "now is not the time to play political football with women's health. Abortion is a terrible way to end a pregnancy, but it is a constitutionally protected right."

The marathon debate featured several heated exchanges and emotional pleas between lawmakers, such as when state Rep. Senfronia Thompson proposed an amendment to add an exception for victims of rape and incest to the ban against abortions after 20 weeks, explaining that she doesn't want to see Texas women resorting to having "back-alley" abortions, as they did before Roe v. Wade.