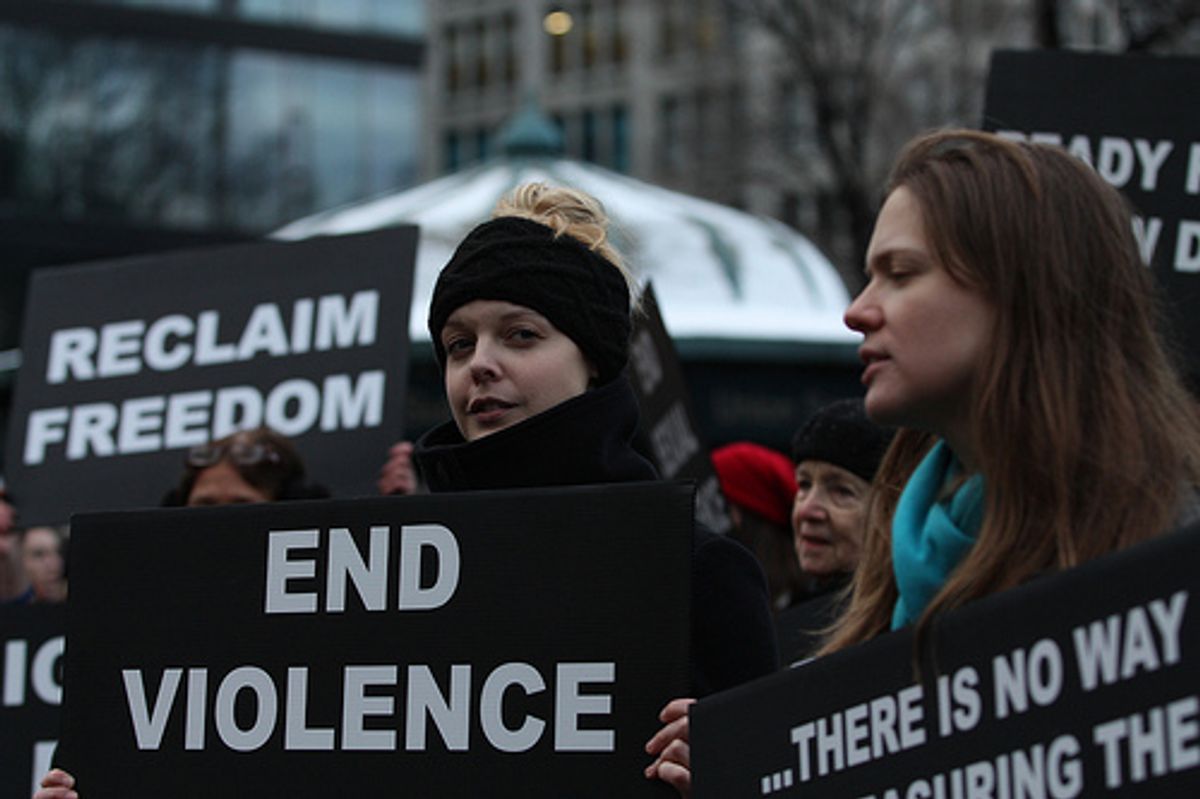 The University of North Carolina-Chapel Hill is facing a third federal investigation into how university officials handled sexual assault cases, but UNC isn't the only elite institution accused of underreporting rape on campus or retaliating against sexual assault survivors.

In fact, several other American colleges are currently facing federal and internal investigations into alleged failures of accountability and outright hostility toward survivors who speak out against sexual assault.

A roundup of some of the colleges grabbing headlines in recent months:

In April, a coalition of 42 Occidental College students, faculty and alumni filed a federal complaint alleging that the Los Angeles school ignored, improperly reported and covered up sexual assault on its campus. The group turned to the federal government after six years of negotiations with the administration failed to produce meaningful reform or change how the college handled sexual assault cases.

When the school did investigate sexual assault incidents, sanctions for offenders were light or nonexistent, according to the 250-page complaint. One student found guilty of raping a woman was asked to write a five-page book report as punishment. Survivors of sexual assault at Occidental also report being targeted for retaliation by administrators.

"I've seen some of the outputs of these so-called 'educational sanctions' like book reports and apology letters and they're abysmal," Danielle Dirks, a sociology professor at Occidental, told the Huffington Post in April. "The fact that Occidental has invited rapists back to campus and even told survivors not to worry because 'he's reformed now' after these types of inadequate sanctions is an abomination."

In response to an editorial in which Amherst student Angie Epifano alleged that school administrators failed her after she reported being raped by another student, the school launched a special task force to investigate the college's policies around sexual assault and how administrators deal with reports of sexual violence on campus.

After reporting the assault to the campus sexual assault counselor, Epifano says she was told that "pressing charges [against her alleged assailant] would be useless, he’s about to graduate, there’s not much we can do." The final report, released in January, concluded that Amherst "failed to follow policy and procedure in a way that would have provided a prompt and integrated response to" Epifano's case, according to Gina Smith, an attorney working with the college on its reform efforts.

Amherst's Board of Trustees issued a statement vowing to "make these matters a priority" and "act swiftly":

The Board supports the strong leadership that has been shown from the outset by President Martin, who has already instituted significant changes and has engaged in intensive conversations with students, faculty, staff, administrators, alumni, and expert advisors from around the country.

In April, classes at Dartmouth College were suspended after organizers of an anti-sexual assault demonstration received death threats, but the school's trouble with a culture of sexual violence didn't begin there, as protester and Dartmouth junior Karolina Krelinova recently told USA Today: "The protest resulted largely from the fact that our efforts to speak up were boycotted during the Dimensions weekend. We felt forcibly silenced and denied voice in sharing our experiences at Dartmouth with those deciding whether they should come to Dartmouth in September."

Students also allege in a federal complaint that Dartmouth failed to properly prosecute sexual assault on campus and retaliated against student advocates, as the Huffington Post reported in May:

"It’s heartbreaking to know that these testimonies are just the tip of the iceberg," Roth said.

In response to the federal complaint, Dartmouth spokesman Justin Anderson said, "No educational institution should be complacent about claims of sexual assault and discrimination, and Dartmouth is not."

A coalition of students at Swarthmore College filed a federal complaint in April alleging that the school underreported rape on campus and intimidated victims seeking to report sexual assaults. The complaint accuses Swarthmore of violating the Clery Act, which requires schools to track and report crimes committed on campus, though specific details of the report have been kept confidential.

Swarthmore president Rebecca Chop has also launched an external investigation into the school's handling of sexual assault cases, as she noted in a statement to students in April:

Based on the significant concerns that students have raised about sexual misconduct on our campus, and, in particular, about how sexual assault cases are handled, I have decided to seek an external review of all of our policies, procedures, and sanctions related to sexual misconduct... This review will begin as soon as possible and will continue into the fall in order to ensure that students have every opportunity for input.

A Clery Act complaint filed by students against U.C. Berkeley alleges that administrators discouraged victims from reporting sexual assaults, and that the university's Greek leadership also tried to pressure victims out of reporting crimes.

Student Sofie Karasek recently told the Huffington Post of her own experience reporting an assault at Berkeley, showcasing a real lack of transparency: "They solved [the sexual assault report] through the early resolution process, which meant that there were no hearings and they never asked me for evidence." After reporting her attack, Karasek "received another email telling me my assailant was charged with a violation of student conduct, but it did not say if any disciplinary action been taken," she said.