What is the average penis length? 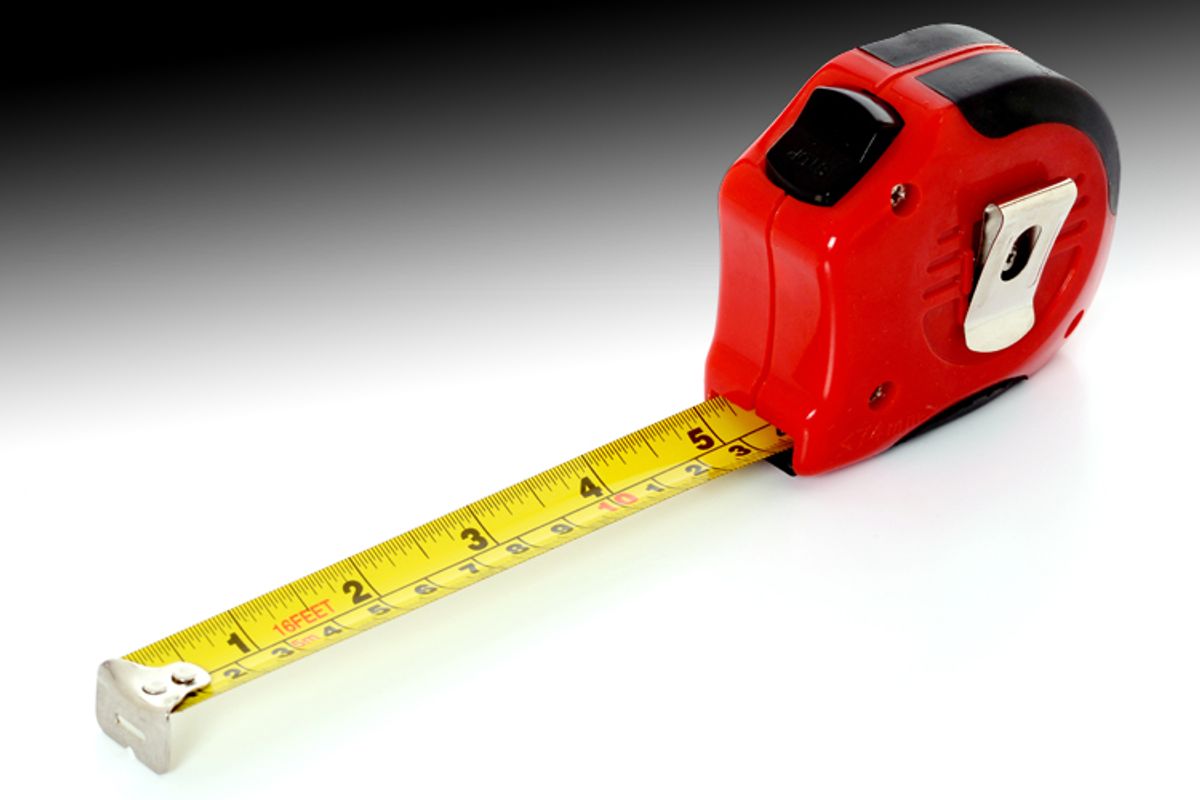 Let's just get this out of the way up front: 14.15 cm (or 5.57 inches). That's the mean length of an erect penis, according to a new study. I'll wait here while you break out the measuring tape.

Finished yet? OK, with that out of the way, we can get to the more interesting stuff (said like a true vagina-haver). The study out of Indiana University, "Erect Penile Length and Circumference Dimensions of 1,661 Sexually Active Men in the United States," is just what it sounds like. The main, ahem, thrust of the research was to get men to accurately measure their own penis length -- in other words, to cut through the cultural BS (and, OK, proven preference for larger members) that might encourage a man to inflate his number. Despite worries about inaccurate reporting, the researchers went with a self-measurement approach. That's because many men have trouble getting fully aroused, or maintaining an erection, in front of a researcher with a measuring tape.

As for why the measurements were taken of erect penises, which introduces its own complicating factors, the paper explains that this is "largely regarded as the least biased" method. As "growers" are quick to explain, stretching out a penis gives a more accurate measurement of its erect dimensions than simply measuring as it hangs flaccid -- but stretching someone's penis out to measure it "may introduce bias if experimenters vary in the amount of force used to stretch the penis." The problems introduced by having men wield the ruler privately are preferable.

The data was taken from a larger study on condom fit -- in other words, the research wasn't framed as being about penis length, per se. The participants were told that they had to accurately measure their member in order to "receive condoms sized to ﬁt their own erect penis." What they found was surprising: "The mean erect penile dimensions in our study were consistent with the range of mean erect penile dimensions presented in previous studies, suggesting that men likely self-report data accurately -- or at least reliably -- to research teams." Penis measurers the world over, you have been vindicated.

One thing that did influence penile measurement was -- you'll be shocked to hear -- oral sex. "Men who reported that their partner stimulated their penis orally in order for him to get an erection reported a signiﬁcantly longer penile length than men who reported using only fantasy," says the study. Most men in the study, however, measured their junk by their lonesome while using their hand (insert sad trombone).

You might wonder why any of this matters. Why are scientists spending precious research time measuring dicks? For one, sharing the fact that 83 percent of men have an erect penis length of 16 cm or less "may provide reassurance to men who worry that their erect penis should be longer," says the study. Second, penis measurements can tell us more about vaginal dimensions, which can be even more complex to measure. "Third," says the study, "knowledge of erect penile dimensions may provide helpful information to individuals who design vaginal dilators for clinical application or sexual enhancement devices, such as vibrators or dildos." And if those don't seem like a legitimate reasons? Well, then I'm afraid we just can't be friends anymore.