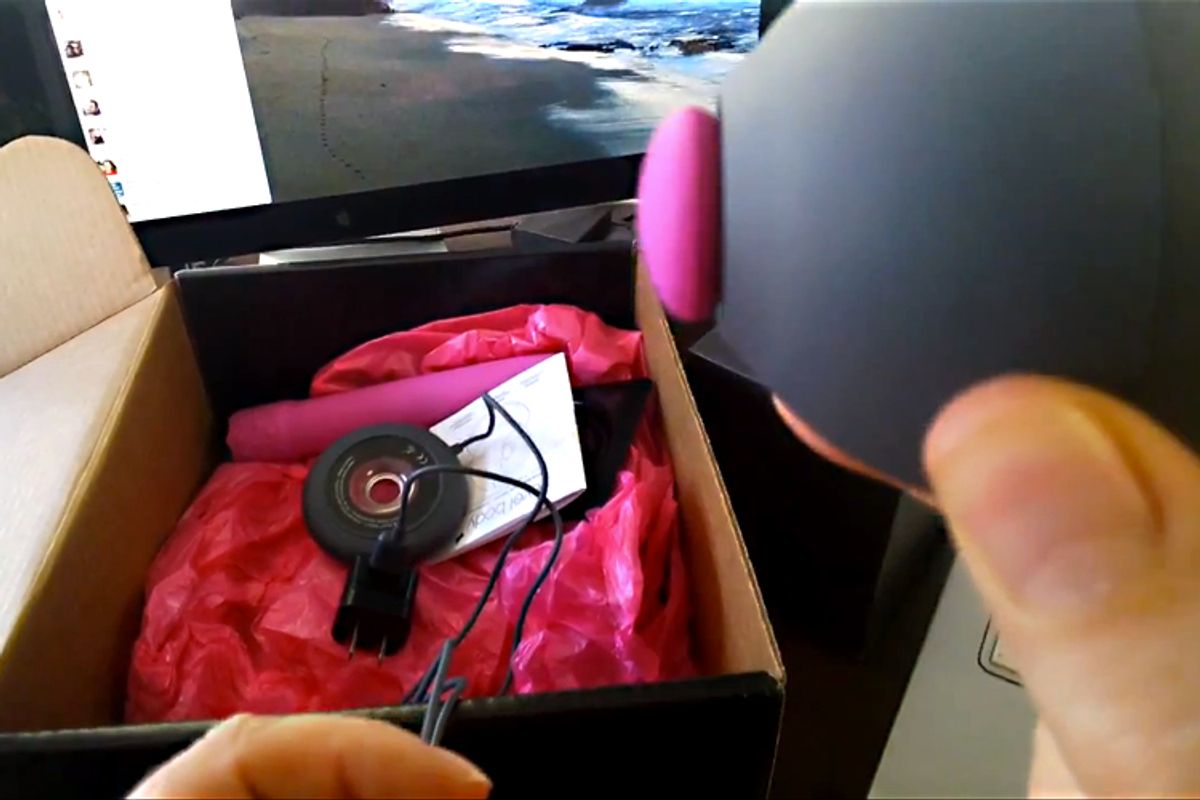 When tech evangelist and super-blogger Robert Scoble took a picture of himself wearing Google Glass in the shower earlier this year, Google CEO Larry Page was unamused:

"I didn't appreciate the photo of you taking a photo of yourself in the shower wearing Google Glass," he told Scoble personally at Google's annual I/O conference.

Why was he annoyed? Perhaps because the picture screamed: "Google Glass is for dorks."

If Larry Page was unamused before, he's got to be hyperventilating now. Because throughout the video, Scoble giggles nervously at his own daring adventurism in sex toy exotica as if he was a 13-year-old boy flipping through the pages of "The Joy of Sex" for the first time. My dorkmeter broke about halfway through -- I've never seen it register readings that high!

Message received: Google Glass early adopters are uncomfortable talking about anything to do with sex. That is the definition of bad marketing.

I asked noted sexpert Susie Bright if she would be willing to review Scoble's review. She was unfortunately too busy to give it serious thought, but she did make Revel Body ("Can a company that makes vibrators make the world a better place?") a generous offer:

"Someone send me one and I'll tell you in 20 seconds if it works!"