Michael Cera: Typecasting is "part of being an actor" 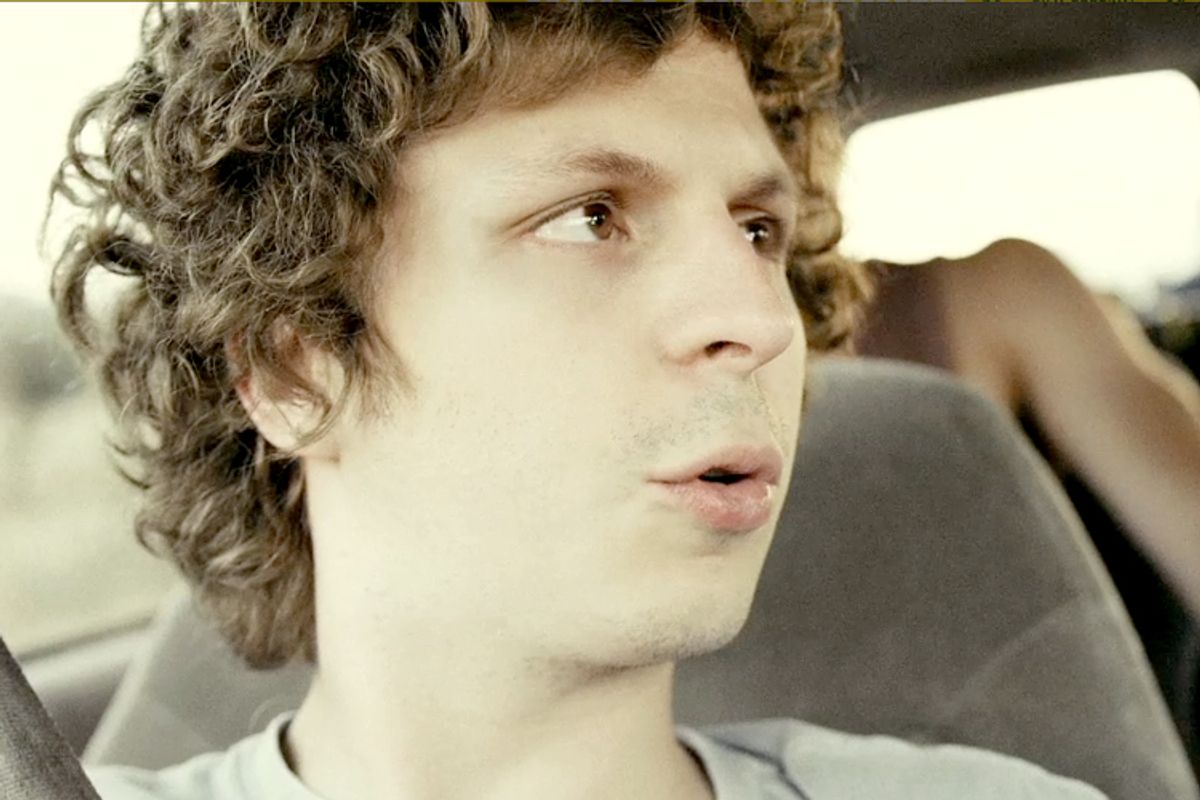 It's been a busy summer for Michael Cera.

The actor, recently seen on all sorts of small screens in the Netflix "Arrested Development" revival, hits indieplexes this weekend with "Crystal Fairy," a project that further blows up the docile, agreeable persona Cera honed as George Michael Bluth.

In "Crystal Fairy," Cera plays an American expatriate in Chile, searching for a cactus with hallucinogenic properties with a single-mindedness that irritates his companions (played by the brothers of the director, Sebastián Silva) and utterly confounds the fellow American he impulsively drags along. Gaby Hoffman's earth-mothery Crystal Fairy becomes the linchpin of the action, a sympathetic figure with whom Cera's character relentlessly bickers.

For Hoffman, the character of Crystal Fairy is a breakthrough -- she's alternately perfectly irritating and delightful as the road-trip tag-along who simply doesn't pick up on social cues. But for Cera, it's part of a project of redefinition from the earnest, slightly dopey kid of early "Arrested Development" and of films like "Juno"; in the new "Arrested Development," he's gone from good son to Zuckerberg-esque conniver, and in the recent film "This Is the End" he appears in a brief cameo as "himself," a self addled by cocaine and flattery.

Cera claims, though, that there's little forethought in his process of choosing roles. He spoke to Salon by phone with "Crystal Fairy's" director, Sebastián Silva, whose next film, "Magic Magic," also stars Cera but has yet to find distribution. In the background, at times, the audio track of the famous "grape fall" video played, but neither Cera nor Silva disclosed where it was coming from.

Michael, how did you get involved with this project?

Silva: We were working together on a film called "Magic Magic." It just got delayed, postponed – and within that timeframe we decided to try to make “Crystal Fairy” instead. So officially it was a perfect fit for the calendar and we were looking forward to collaborating so much that it just made sense to make this movie together.

Had the script been just lying around or was it put together once “Magic Magic” was waiting to be released?

Silva: Yeah, there was never really a script; like for this movie, we had an outline, and there was not even an outline when we decided to make it. I had to write it really fast. I wrote it like within 10 days or something. It's based on a real story. It was something that happened. I met a woman, Crystal Fairy was her name. I had to – I was supposed to come out with a detailed outline and our producers were content with that and we got the financing and just took off.

Michael, it’s interesting because you being in this movie is obviously gonna be a draw for people, and at the same time it’s such a different character from others that you’ve played. Do you mind that people have preconceptions about you or the kind of role you’ve played in the past?

Cera: No, I don’t mind that. I think that’s part of being an actor. People see you in things.

Cera: I mean, well, the question of course with doing movies is if I thought that would be a fun thing to do, will that be a – that’s basically all that decides it, it’s kind of obvious. He wanted me to do it. It didn’t take too much time.

Tell me a little bit about the degree to which you both know about hallucinogens. Because I’ve never used any, but it seemed fairly realistic to me. Was it all made up? Was there any research that went into it?

Cera: Um … yeah, I read a little bit on the website Erowid.com? It’s like this website, this drug forum where a lot of people write about these things and stuff. Yeah, that was helpful.

Have you ever tried them yourself?

Silva: Me, yeah, well, I have tried several different ones: I have tried some peyote, some mescaline, I’ve tried ayahuasca. I’ve been interested in exploring different things from meditation retreats to recreational – that whole thing. But yeah, that would be different from any kind of – like, cocaine, crack, and meth – there’s a lot of things that I don’t promote and I do promote mescaline. They open places in your mind that other things don’t and if you're smiling, why not?

Michael, do you agree with that take?

Cera: Uh, I don’t know if I agree with that – if I agree with whether they’re worth doing? I don’t have a whole lot of an opinion on that. I think everyone’s gonna make up their own mind on that.

I know you said this was mainly, or largely, improvisational more than it was scripted --

Cera: Let me – there was no written dialogue, but there was a very detailed outline that we had that was basically our script, and every single beat of the movie was in there. Every scene, everything rambling to every little moment and every turn, was written in there. We knew what we were doing before we went. And then you just had – you just knew that the dialogue, which was really natural. You kind of find that with the other people in the scene and it happens naturally.

Cera: Gaby’s incredible as a scene partner because she’s so – especially in this movie, where she and I are so incompatible, that was all so much fun to play. You never quite know how in tune with that she is, or if she’s totally oblivious to the dynamic that’s going on, or if she’s controlling it; I think she does that beautifully. And it’s really fun doing scenes with people when there’s no written dialogue because you’re really listening to each other, you’re playing off each other, because that’s all you have as a guide. There’s really no other guide. So moment to moment the other person is giving to you and you’re giving back.

Sebastián, I’m wondering if you think there’s a common thread through your movies [recently including the dramedy "The Maid"], or if you think they’re all radically different from one another?

Silva: I knew all the elements. I think I’ve become really good at portraying a woman in distress, a woman that’s suffering from something. There's always animals in my movies in some way, there’s always animals involved. Usually they are dead.

Most of them are really hard to define in terms of genre. You don’t know what they are. I’ve never done that on purpose.

I was wondering if either of you has ever been on a trip like this – not necessarily with a hallucinogenic experience, with friends that kind of brought you closer together or pushed you farther apart.

Silva: Yeah, it's based on a true story! This all happened. So I went through the same experience.

What about you, Michael?

Cera: Uh, yeah, I’ve been on trips with friends before, but I never had quite such an adventure on a trip with the group dynamic. I’ve definitely had pretty compatible experiences with people.

Michael, I guess I was wondering, because you’ve been working from such a young age, do you feel like you missed out on these crazy experiences of the sort that are depicted in the movie?

Oh, yeah, I have those experiences, actually. I feel I’ve had experiences that were resulting – that were possible because of what I did with my life. So I don’t feel I lost out on anything. I’m really happy with the experiences I've had. On set, we would like, eat some strange spaghetti or whatever we had, and hang out together and play guitar and get on the train here and we’d hang out on the beach on a rock and play games with each other. It was so social. Everyone really hanged with each other. Yeah, it was so familial, you know? We were all like a family.