Adults beg Web-filtering companies to protect them from themselves, giving new meaning to "parental controls" 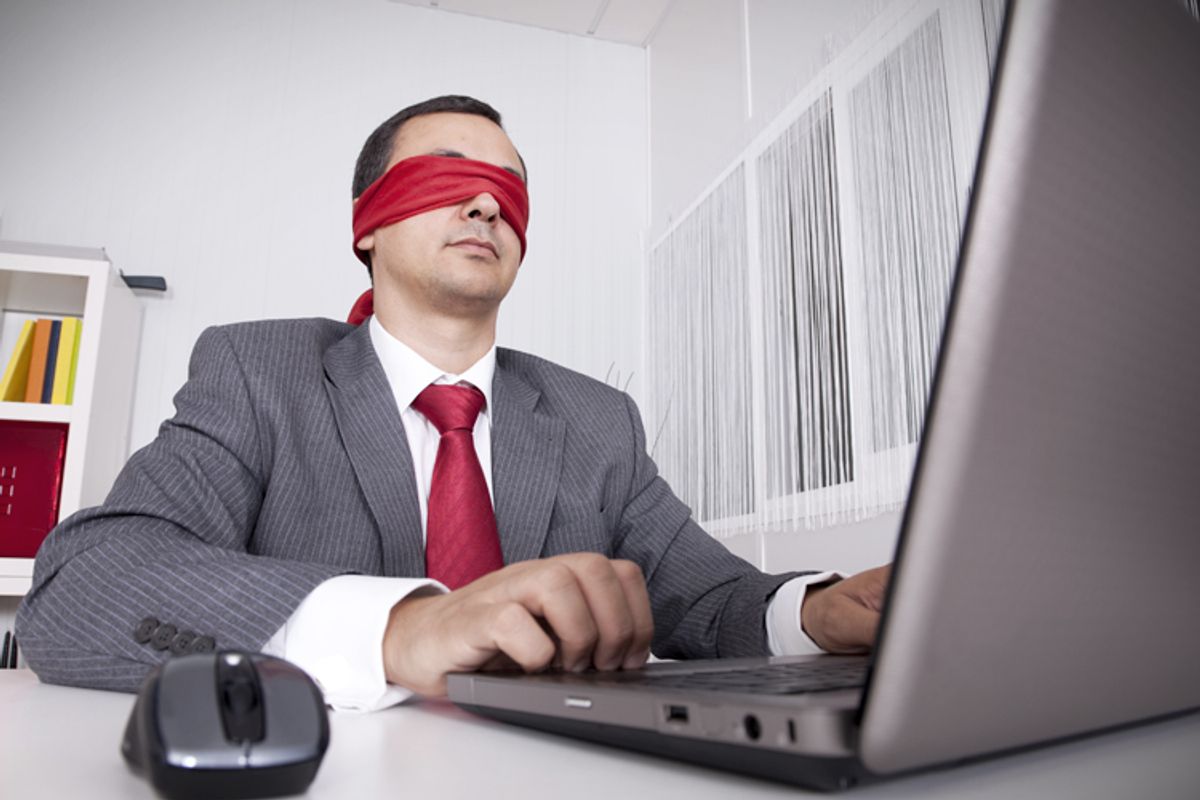 PageClean isn't alone. Famed porn-blocker Net Nanny polled its customers last year to find the median age of the person the software is used to "protect." Thirteen, you might guess? Nuh-uh. Try 24.

Welcome to the new age of porn-blockers. It's not just for kids anymore. Gives a whole new meaning to "parental control software," doesn't it?

A post on the blog for Web filter Optenet reads, "We discovered that many adults were buying parental controls to install on their own computers. But then those adults realized that if they installed the web filter software themselves, they would know the password and every time they felt tempted, they could simply use the password to turn the filter off." So they developed a way for users to generate a random and easily forgettable password and then use a company staff member as an "accountability partner."

It isn't just mainstream companies that are serving customers who want someone to look over their virtual shoulder. There's been an explosion in recent years of faith-based filtering programs meant to keep adults on the straight and narrow. X3watch, a program developed by the anti-porn nonprofit XXX Church, allows users to block adult sites as well as have their Web surfing monitored and "activity reports" to be sent to "accountability partners." Covenant Eyes offers Web blocking as well as activity reports that are sent to "someone you trust." As the website explains, "This makes it easy to talk about the temptations you face online." While the company certainly offers services meant to keep kids from seeing adult content, it's largely directed at adults. For example, the website features a story about a customer named Josh whose marriage was allegedly saved by the software.