Wendy Davis: Abortion bill will pass, but the fight for reproductive rights isn't over 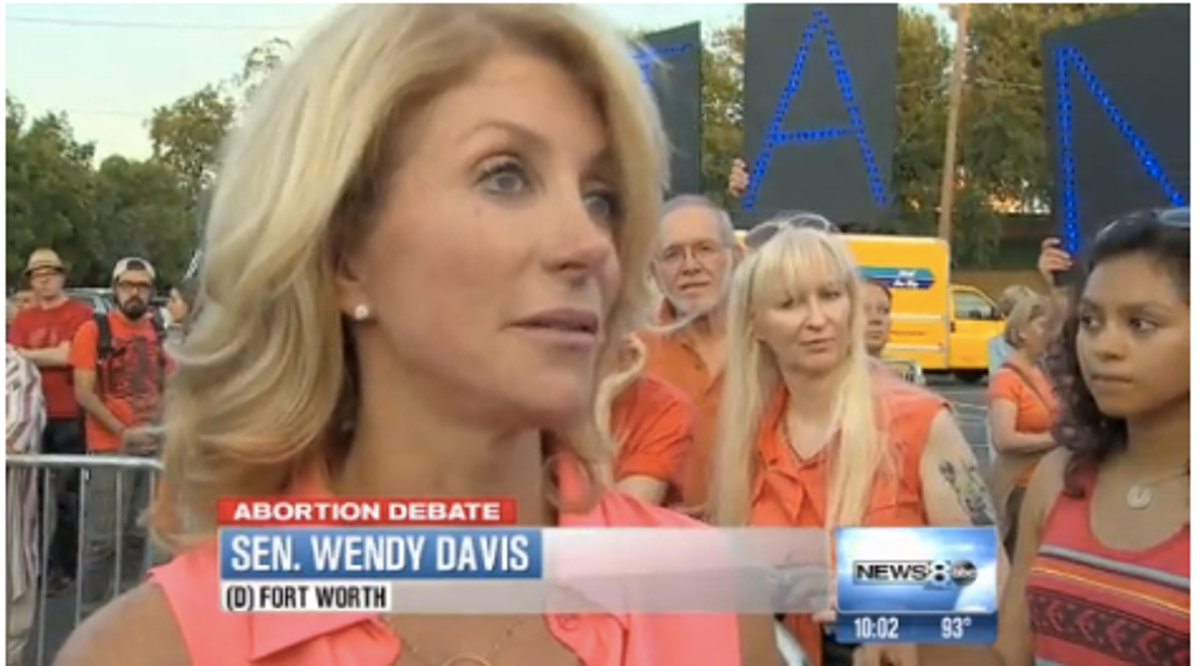 After addressing a crowd of 1,500 supporters in her home district of Fort Worth Wednesday night, state Sen. Wendy Davis acknowledged in an interview that SB 1, the draconian abortion omnibus bill that was just approved by the Texas House, will likely pass the Senate on Friday.

But she was quick to add that the fight to protect access to reproductive health services and safe abortion care in Texas is far from over.

The bill may pass, Davis told Dallas-Fort Worth's News 8, but "it will immediately be followed by legal action to [prevent] the enforcement of the law."

When asked about the possibility of Texas Democrats breaking quorum to avoid a vote, Davis said it wasn't an option she was currently considering: "There's been a lot of rule-breaking going on at the Capitol right now. We could break that rule. We could break quorum. But unfortunately, we'll just see another day. I have no doubt the governor is hell-bent to pass this bill."