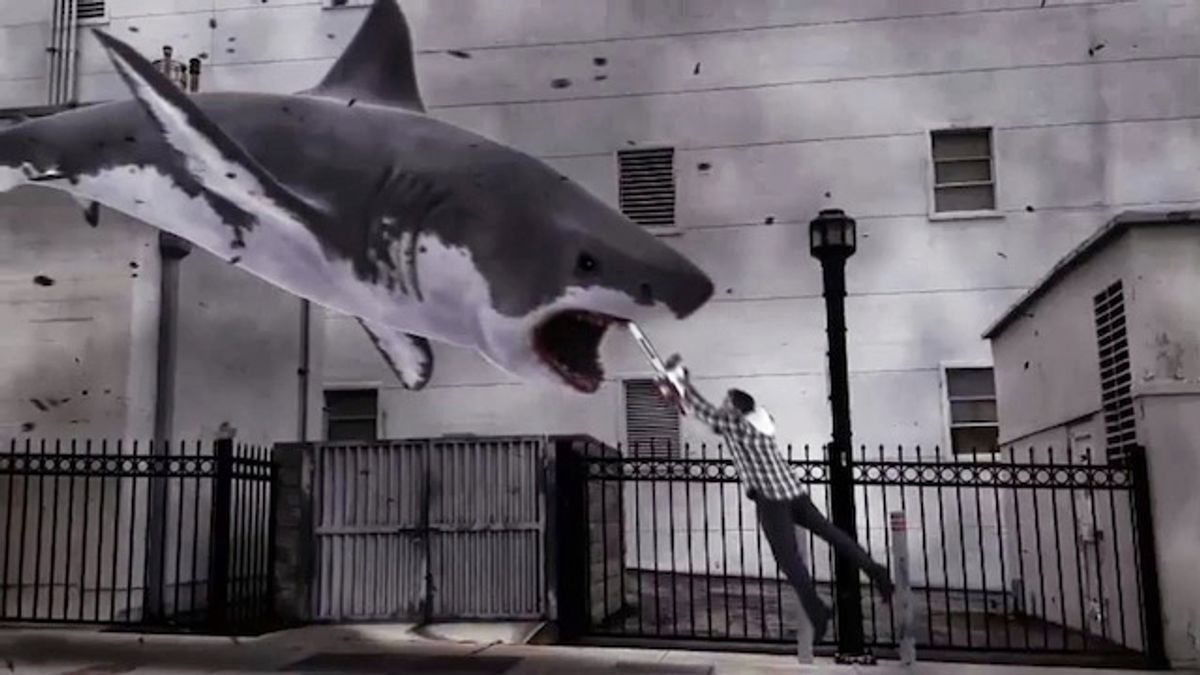 If you were out having a life and generally being a normal person last night, you might have missed the pop culture phenomenon known as "Sharknado." But if you were on Twitter, or anywhere near a TV, chances are good that you caught some of SyFy's B-rate movie about a tornado so powerful that it sucks great white sharks out of the ocean and dumps them into L.A., appropriately titled "Sharknado."

Here's a bit of what you missed:

Even Mia Farrow was hooked:

TV critic Alan Sepinwall was taken by its brilliance:

People tried to find meaning in it. What is it really about, anyway?

Meaning aside, as Patton Oswalt notes, something in American television changed last night:

Perhaps now we can look forward to Barknado: And when this happens -- because it will -- we will have only ourselves to blame:

If you missed it, behold the trailer, below: