Decapitated worms lose their heads, but not their minds

Studies show that planarians, or flatworms, can retain parts of their memories even after their heads are cut off 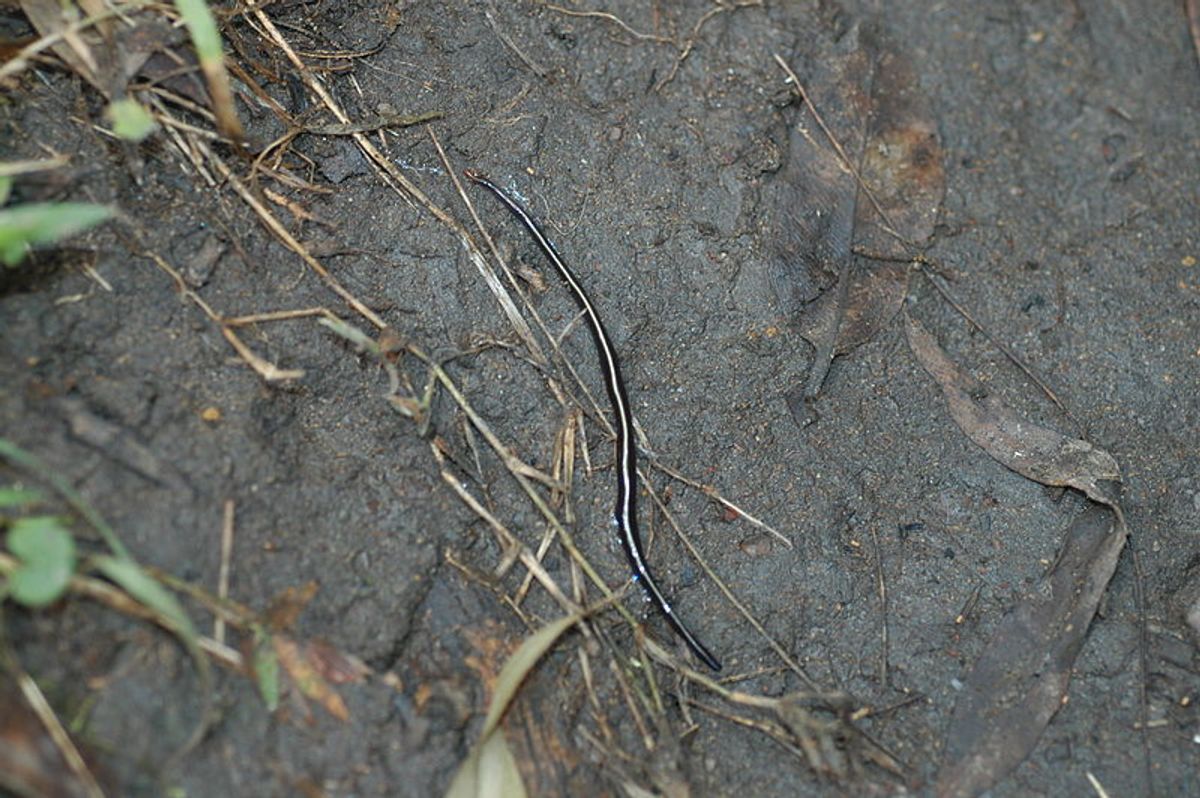 It’s long been known that many species of worms have the remarkable ability to grow back body and even specific organs when they’ve been cut off. But new research by a pair of scientists from Tufts University has revealed that planarians—small creatures, often called flatworms, that can live in water or on land—are capable of regenerating something even more amazing.

The researchers, Tal Shomrat and Michael Levin, trained flatworms to travel across a rough surface to access food, then removed their heads. Two weeks later, after the heads grew back, the worms somehow regained their tendency to navigate across rough terrain, as the researchers recently documented in the Journal of Experimental Biology. After two weeks, the worms’ heads grew back, along with training they’d received before decapitation. Image via Journal of Experimental Biology/Shormat and Levin

Interest in flatworm memories dates to the 1950s, when a series of strange experiments by Michigan biologist James McConnell indicated that worms could gain the ability to navigate a maze by being fed the ground-up remains of other flatworms that had been trained to run through the same maze. McConnell speculated that a type of genetic material called “memory RNA” was responsible for this phenomenon, and could be transferred between the organisms.

Subsequent research into planarian memory RNA exploited the fact that the worms could easily regenerate heads after decapitation. In some studies, the worms’ heads were cut off and then regenerated while they swam in RNA solutions; in others, as the Field of Science blog points out, worms that had already been trained to navigate a maze were tested after they were decapitated and their heads grew back.

Unfortunately, McConnell’s findings were largely discredited—critics pointed to sloppy research methods, and some even charged that planarians had no capacity for long-term memory—and research in this area lay dormant. Recently, though, Shomrat and Levin developed automated systems to train and test the worms, which would enable standardized and rigorous measures of how the organisms acquired and retained memories over time. And though memory RNA is still believed to be a myth, their recent research has confirmed that these worms’ memories do work in astoundingly bizarre ways. The researchers’ automated system eliminated bias inherent in human observers by tracking the worms’ movement across the plate by cameras and encoding their locations by computer. Image via Journal of Experimental Biology/Shormat and Levin

The researchers’ computerized system dealt with the worms, from the species Dugesia japonica, in two groups of 72 each. One group was conditioned to live in a rough-bottomed petri dish, with the other in a smooth-bottomed one, for ten days. Both dishes were stocked with ample worm food (small pieces of beef liver), so each group was conditioned to learn that their particular surface meant “food is nearby.”

Next, each group was separately put into a rough-bottomed petri dish with food located only in one quadrant, along with a bright blue LED. Flatworms typically avoid light, so spending time in that quadrant meant that their expectation of food nearby trumped their aversion to light.

As a result of their conditioning, the worms who’d lived in rough containers were much quicker to flock to the lit quadrant. The researchers had the automated system’s video cameras track how long it took for the worms to spend three straight minutes under the lights, and those reared in the rough dishes took an average of six minutes to pass this number, compared to about seven and a half minutes for the other group. This difference showed that the former group had been conditioned to associate rough surfaces with food, and explored these surfaces more readily.

Afterward, all worms were fully decapitated (every bit of brain was removed) and left alone to regrow their heads over the course of the next two weeks. When they were put back in the chamber with the rough surface, the group that had previously lived in the rough dishes—that is, their previous heads had lived in the rough dishes—were still willing to venture into the lit quadrant of the rough dish and spend an extended period of time there more than a minute faster than the other group.

Incredible as it seems, some lingering memories of the rough-surface conditioning seem to have lived on in the bodies of these worms, even after their heads were chopped off. The biological explanation for this is unclear, as The Verge blog notes. Previous research confirmed that the worms’ behavior is controlled by their brains, but it’s possible that some of their memories may have been stored in their bodies, or that the training given to their initial heads somehow modified other parts of their nervous systems, which then altered how their new brains grew.

There’s also another sort of explanation. The researchers speculate that epigenetics—changes to an organism’s DNA structure that alter the expression of genes—could play a role, perhaps encoding the memory (“rough floors = food”) permanently in the worms’s DNA.

In that case, this strange experiment would provide yet another surprising outcome. There may not be such a thing as “memory RNA” per se, but in speculating on the role of genetic material in the retention of these worms’ memories, McConnell may have been on the right track after all.