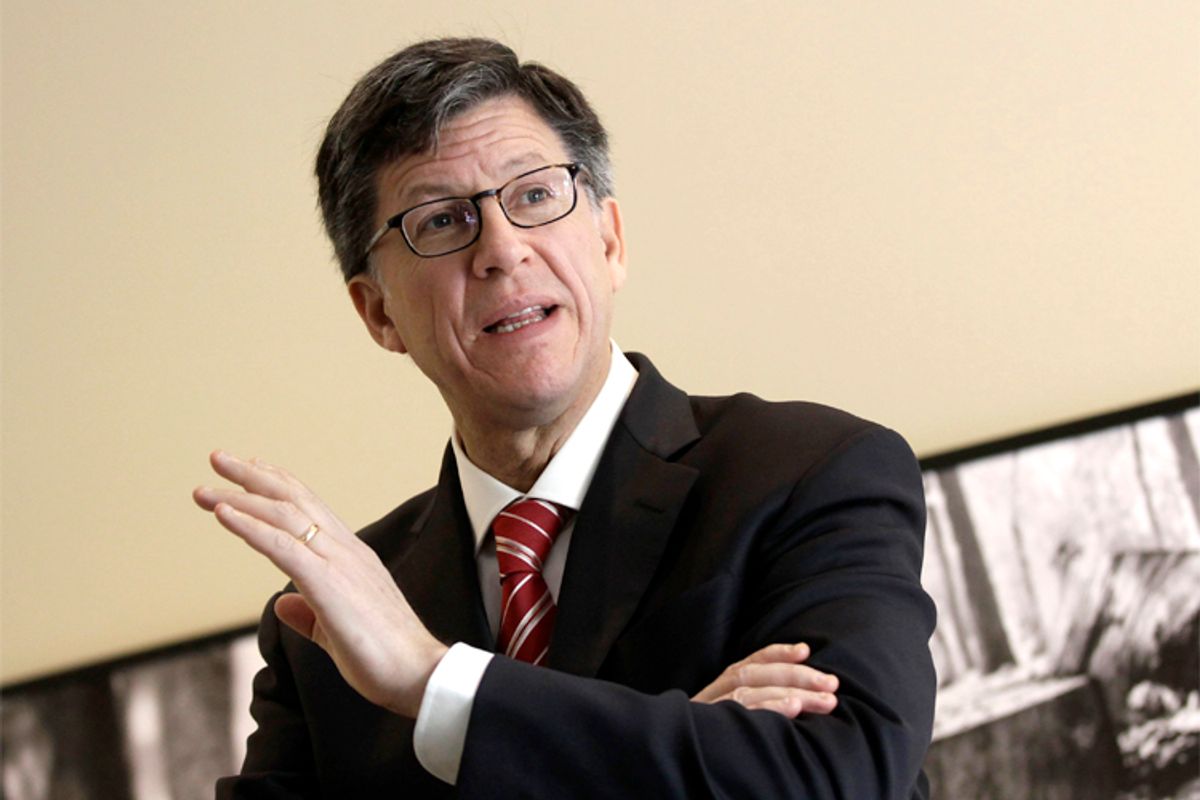 MEXICO CITY, Mexico — If US whistleblower Edward Snowden takes refuge in Venezuela he might quickly wish he hadn't.

At least that's the verdict of Chilean lawyer Jose Miguel Vivanco, who heads the Americas division of Human Rights Watch, the New York-based advocacy group. As he seeks to flee a Moscow airport's transit lounge, "any country that speaks up in Snowden's defense should also guarantee the free speech rights of its own citizens, critics, and whistleblowers," the organization said.

"That is certainly not the case in Venezuela," Vivanco said Wednesday via email. “The accumulation of power in the executive branch and the erosion of human rights guarantees have enabled the Venezuelan government to intimidate, censor, and prosecute Venezuelans who criticize the president or thwart its political agenda.”

Venezuelan officials expelled Vivanco from the country in September 2008 after he delivered a damning Human Rights Watch report criticizing the lack of judicial freedom under then-President Hugo Chavez, who died in March.

Snowden was identified a month ago as the source for leaked details of the US government's global monitoring of phone, internet and other communications. After first holing up in Hong Kong, he fled to Moscow, where he's going into his third week believed to be residing in the airport. From there, he requested asylum last week from more than 20 countries.

His passport was revoked, Russian welcome frayed and asylum options reduced to a handful of left-leaning Latin American governments. Yet Snowden had not accepted Venezuela's offer by Wednesday afternoon.

That hesitance makes sense to Vivanco. While a steadfast and bitter foe of Washington, Venezuela has become a far less welcoming place for its own citizens, he said. The system nurtured by Chavez and now fronted by Maduro has created a country “where fear of government reprisals has made self-censorship a serious problem.”

“While many Venezuelans continue to criticize the government, the prospect of facing reprisals — in the form of arbitrary or abusive state action — has undercut the ability of judges to adjudicate politically sensitive cases,” Vivanco said. That in turn has "forced journalists and rights defenders to weigh the consequences of publicizing information and opinions that are critical of the government.”

But a cheeky article in The Washington Post does the cost-benefit work for Snowden — measuring income levels, happiness surveys and murder rates — and concludes Venezuela may be as good as it gets.