The rise of Egypt's technocrats

After months of turmoil, the far right and the liberal youth are united in their desire for an efficient government 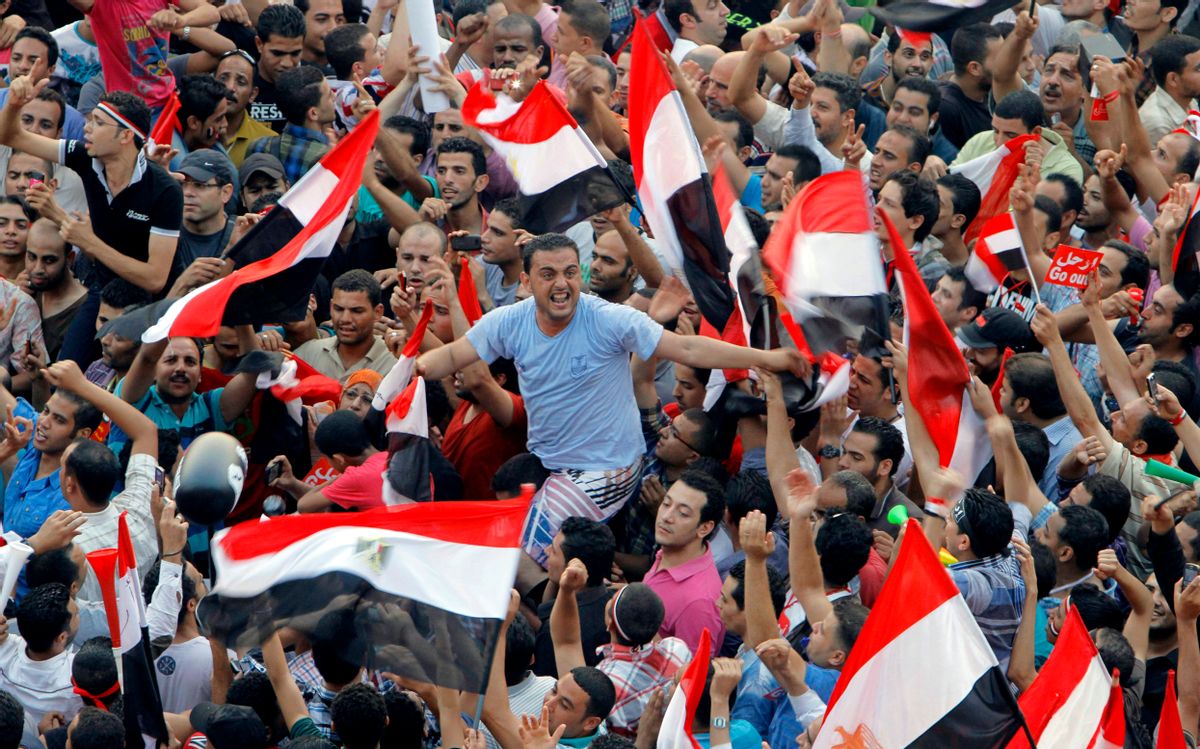 As Egyptians battle over the precise definition of a coup, the wording of constitutional declarations, and the future of the discredited Muslim Brotherhood, political elites across the ideological spectrum tentatively agree on one thing: the need for a stable technocratic government. This plea for technocracy has even united the far right Salafi Nour party with the liberal youth organizers of the Tamarod — “rebel” — campaign.

In a deeply fractured political scene — where sectarian, class, and regional schisms threaten to bring chaos — this appeal to objective managerial politics is completely understandable. Technocrats, often lawyers, military officers, engineers, and judges, seamlessly adopt a non-ideological posture and purport to apply objective, professional methods to the task of governing. In a longtime autocracy like Egypt, where the machinery of government is often obscure and byzantine, technocrats appeal to a population looking for an expert who understands how to get things done.

But Egyptian technocrats are very much ideological. They form the scaffolding for the status quo and have long perpetuated a failed neoliberal development model that benefits the ruling class, concentrates wealth, and ensures the outward appearance of stability.

The seduction of the technocrat is now stronger than ever. As the political process implodes, millions of impoverished Egyptians who rely on government subsidies find themselves squeezed by a sputtering economy and confronted with a spike in street violence and crime.

Despite the crisis, the uprising continues to be exciting, dynamic, and above all, productive. The two years of protests, elections, labor actions, street fights, and now a coup, have eviscerated much of the conventional wisdom of Egyptian politics. The Egyptian military can no longer be considered a disinterested and benign patron. It has now been proven definitively that Egyptian citizens are capable of mass mobilization outside of sectarian bounds for a wide variety of causes and social struggles. None can charge that political Islam is a nefarious anti-modern movement—a claim long advanced by Arab autocrats and their western allies. Their year in power revealed a flat-footed political project desperately trying to graft social justice rhetoric onto a neoliberal economic agenda.

Although the Egyptian process has not yet translated into gravely needed structural changes, the politicization of the Egyptian masses is cause for optimism. But in order to achieve the necessary aims of the Egyptian revolution — a fundamental restructuring of power structures and institutional relationships — we must lay to rest yet another pernicious myth: that technocrats are best suited to midwife Egypt’s political transformation.

Not surprisingly, technocrat-led governments have long managed the interests of Egypt’s political elite. The rise of technocracy can be traced to the days of Mohammad Ali. The scion of an Albanian tobacco and shipping family, Ali was part of the contingent of Albanian solders sent by the Ottomans to secure Egypt after the French withdrew in 1801. He married into a wealthy Mamluk family, allied himself with Cairo’s clergy, and convinced the Ottomans to name him governor of Egypt. He then liquidated his political opponents, the Mamuluks, at the famed Massacre of the Citadel, formed a standing professional army and constructed Egypt’s first civil service. The technocrats that rose to prominence under Mohammad Ali helped him secure a hereditary monarchy that governed Egypt until 1952.

More recently, Hosni Mubarak relied on technocrats to deflect attention away from the machination of his police state and the kleptocratic economic agenda of his National Democrat Party. When faced with an economic contraction, or publicized incompetence, Hosni Mubarak would sack his cabinet and make a big show of replacing the ministers with technocrats. In fact, the Ahmed Nazef cabinet, in place during the 2011 Egyptian revolution, was a technocratic wet dream, staffed with non-ideological economists, engineers, and business leaders.

The Nazef cabinet was widely lauded by international observers as a model government, delivering steady economic growth and attracting foreign investment. Nazef was an IMF superhero and he often spoke at international conferences preaching neoliberal economics to the developing world.

His cabinet also looted public companies, decimated unions, and oversaw a massive transfer of wealth away from the public sectors. After the revolution, he was one of the few Mubarak cronies thrown in jail for blatant mismanagement of public funds.

Technocrats, of course, are not above or outside of ideology and they do not operate apart from politics. They preside over a system that distributes resources and divides political power. By their very nature technocrats are antithetical to revolutionary politics; they grease the gears of the machines that revolutionaries seek to dismantle. As Sherif ElMusa, a columnist for the recently shuttered Egypt Independent newspaper, put it, “Only in a utopia without social distinctions, or in a dystopia, which conditions people not to see differences, can politics disappear and be replaced by the administration of things.”

Unfortunately, the cult of technocracy survived the Egyptian revolution. The first “revolutionary” prime minister, appointed under the auspices of the Egyptian military, was Essam Sharaf, a transportation engineer and former Mubarak cabinet member. Although popular with Egyptian revolutionaries for his public disputes with the Mubarak regime, Sharaf was easily outmaneuvered by the Egyptian security apparatus. Sharaf resigned in disgrace after the military sponsored a constitutional decree declaring their own immunity from civilian control, and then brutally cracked down on demonstrators protesting against the proclamation.

By all accounts, Sharaf was a well-intentioned premier, but as a technocrat with no revolutionary vision he was easily marginalized by the military. Naturally, asking a technocrat to pacify a recently decapitated police state is like getting a foot massage for lung cancer. But the cult of the technocracy soldiered on. After winning Egypt’s first post-revolutionary presidential election, the Muslim Brotherhood appointed Hesham Kandil, an obscure former minister of water management, as Prime Minister. In a bungled attempt at political reconciliation, Kandill stacked his first cabinet with technocrats. The Kandil cabinet failed to deliver an ounce of substantive change and spent most of the last year trying and failing to secure an IMF loan. After the military deposed Muslim Brotherhood president Mohammad Morsi last week, they installed Supreme Court Justice Adl Mansour as president, at the behest of the Tamarod campaign. In turn, Mansour appointed respected economist Hazem el-Beblawi as premier. Beblawi was tapped only after the powerful al-Nour Salafi party objected to the appointment of Mohammad Elbaradei. Although Elbaradei has a strong technocratic background as an official with the International Atomic Energy Agency (IAEA), he has over the years staked out a few ideological positions. So naturally, he failed the technocratic litmus test. A spokesmen Nader Bakkar told Reuters that his party objected to Elbaradei and preferred “a technocrat economist … a neutral guy.”

As Egyptian street violence escalates, Egyptians of all ideological stripes understandably yearn for stability. Resorting to technocrats at such times may be the only short term answer to avoid further violence. But over the long term, the cult of technocracy seriously undermines the laudable goals of the Egyptian revolutionaries. Technocrats will never oversee the fundamental shifts in power relations necessary to upend the oppressive neoliberal economic system, confront the endemic of sexual violence, or dull the security sector’s violent edge.

Of course, many Egyptian fully understand this. And there are encouraging signs that the protesters will not be seduced by technocratic solutions. The ongoing resistance to the technocratic-military “road map,” released by Mansour and the military, signals that Egyptian activists are increasingly wary to cede control of the political process to technocrats.

It is impossible to predict the trajectory of Egyptian political change. It is clear that the forces arrayed against the resistance are deeply embedded in existing power structures, ferociously dynamic, and still wield tremendous influence. But the revolutionaries themselves have proven to be tenacious beyond measure. As the process matures, the allure of the neutral-technocrat must continue to fade in order to make way for a politics of contestation, where the oppressed can finally have their voices heard.