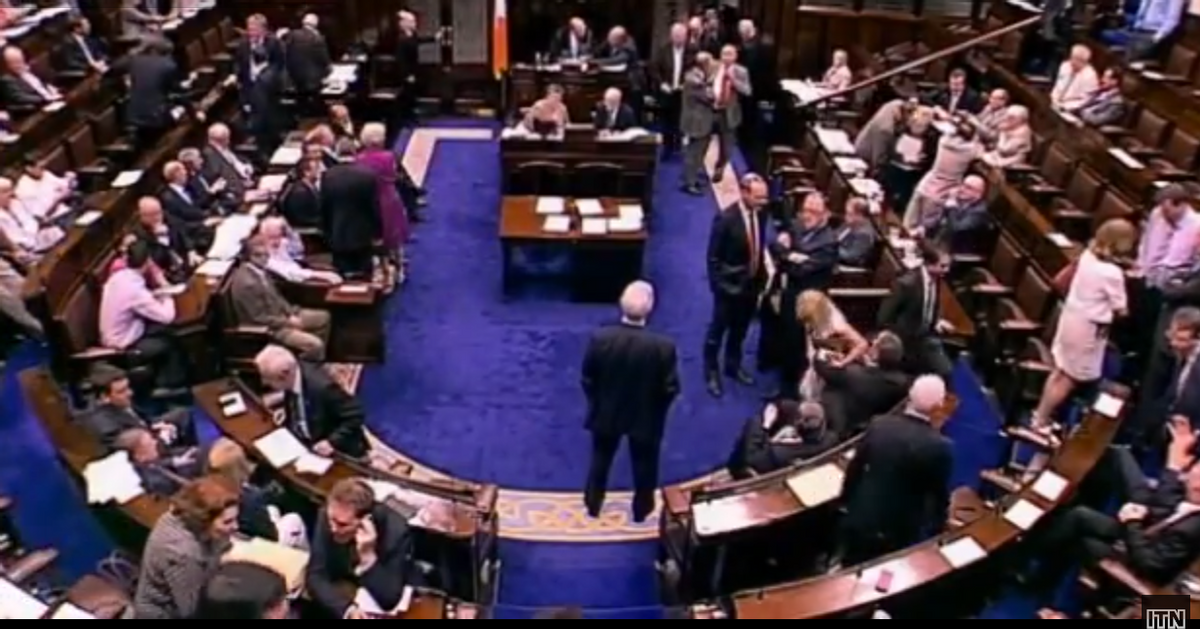 An Irish lawmaker who came under fire for pulling friend and fellow MP, Aine Collins, onto his lap during a parliamentary session on abortion, maintains it was all just "horseplay."

Tom Barry, a married father of three, admitted he'd been to the pub prior to the incident on 11 July, but wasn't "drinking excessively." He also claims a lack of sleep and stress contributed to his lack of judgment.

The Irish Independent reported that the 44-year-old later apologized and was "mortified" by his actions, but was still "shocked" he was being labeled as sexist.

“I feel very upset that it is being described as that (sexist). I didn’t intend to offend anyone and I can’t offer any excuse other than to put it down to stupidity, naivety and inexperience,” he said.

“Something like this has never happened to me before and I can promise will never happen again.

Note the incident happened to him, and not Collins, 43, who had apparently simply remarked she was "freezing," shortly before Barry forced her onto his lap and told her he'd warm her up.

Footage of the appalling moment was captured on Dail TV: