An excerpt from a novel in verse 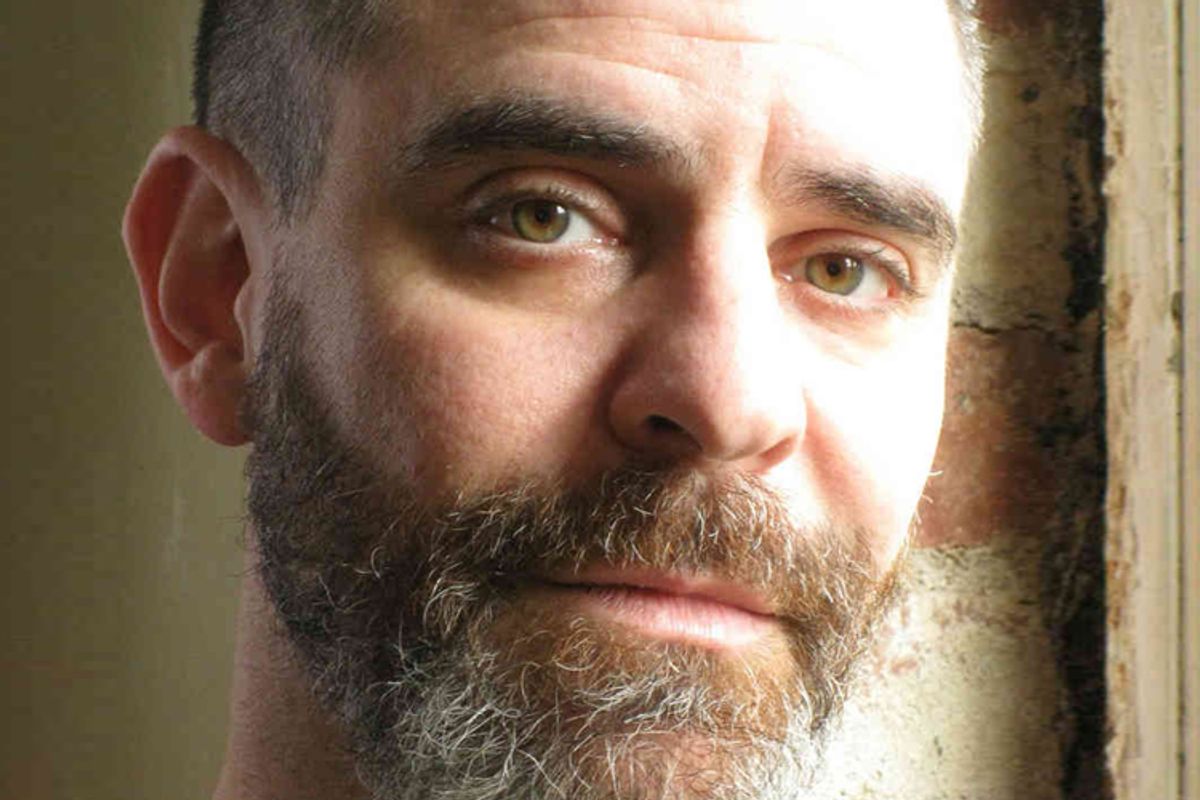 David Rakoff, who died last year, was a longtime contributor to Salon. The following is excerpted from his rhyming novel "Love, Dishonor, Marry, Die, Cherish, Perish," which was published today.

Frankie, dubbed “Finn McCool” after the giant
Of myth, had his size, and was just as defiant;
Big as a draught-horse and strong as a steer
Frank had his enemies quaking in fear.
The tales of his strength and his temper abounded,
And God help the soul who might think them unfounded.
If Frank said that one time, in Wichita, Kansas,
He’d killed a man who had addressed him as Francis,
Or how, at the Somme, he had taken a bullet
And with his bare hands, he had managed to pull it
Straight out of his flesh . . . more’s the pity for you
If you dared to venture, “But Frank, that’s not true.”
Even the foremen were slow to upbraid him
Though he did far less work than for what they paid him.
“Frankie will do it because Frankie can,
A law to hisself is that wall of a man!”

They’d met on the streetcar en route to the slaughter-
house, she the young widow, a six-year-old daughter,
And soon they were three, and ere long, for her sins
They’d grown now to five, with a pair of boy twins.

At school, Margaret learned basic reading and sums—
But mostly developed a hatred of nuns,
Who seemed to delight in a disciplinary
Code just as ruthless as ’twas arbitrary;
They meted out lashings and thrashings despotic
(With a thrill she would later construe as erotic):
Constance, who’d routinely knock Margaret’s slate
To the floor, was monstrous and brimming with hate;
The sinister grin of old Sister Loretta
Who seemed to be driven by some old vendetta
That Margaret tried hard to appease and to fix
Although it perplexed her since she was just six.
She hoped perfect conduct might act as her savior,
But truly, no matter what Margaret’s behavior,
They singled her out for particular violence,
And so she perfected a stoical silence.
“You! Red-headed terror, you want fifteen more?”
She’d shake her head slowly, her eyes on the floor.
So, when she left school at the age of eleven
To work at the factory, it seemed to her heaven.

The girls on the line who had hidden and kissed her
Welcomed her back and told her they’d missed her.
Each day she would bathe in a sea of their chatter,
Twelve-hour shifts—standing!—and it didn’t matter;
A kerchief concealing her culpable hair,
Her mother’s old shirtwaist, which thrilled her to wear.
The great roll of paper they pulled from the wall,
The huge spool of butcher’s twine . . . she loved it all.
Everything seemed bathed in a heavenly light,
Perhaps, it was just as a contrast to night.
Supper, the same every day of the week:
Some contraband meat; a spleen or a cheek;
An accordion of tripe or a great, lolling tongue,
Occasional marrow bones, rare (thank God!) lung.
Both meat and the light at the close of the day
Fried wearily down to a dead, bloodless gray.
Some bread soaked in drippings. Then toilet, then prayers,
Then waiting for Frank’s boots to batter the stairs.

Drink, in some men, is a beautiful thing.
Sweet Eamon Dolan finds courage to sing,
Shy William Thomas will realize he’s handsome,
But Frank holds them prisoner without any ransom.
Who were you talking to? What was his name?
D’you take me for daft? Every night was the same:
Her mother would wash, while she’d dry the dishes,
Frankie would pace the room, angry, suspicious,
Occasionally some glass or plate would be broken
(Those were the lucky nights. Crockery as token).
Some mornings her mother used powder for masking
A shiner, but soon all the girls just stopped asking.

The threats go for hours. At long last he ceases
And stumbling, half-blind in his boozy paresis,
He crosses the room and falls into the bed.
Nearby, Margaret prays, “Dear God, please make Frank dead.”

At twelve, Margaret grew quite suddenly bigger,
And showed the beginnings of womanly figure.
The old shirtwaists that had once fit her just right,
Had, in the wrong places, become just too tight,
Clinging and gaping where once they had hung.
Her mother was frightened, Sure, Peg’s just too young.
The garments’ constriction confirming her fears—
Though younger than Juliet’s fourteen by two years—
The Romeos, pomaded, would soon come a-knocking,
Cockaded, parading. Too true, though still shocking,
Her Margaret gave off a narcotic allure,
Just how might she manage to keep her girl pure?
She tried as she could to conceal Margaret when
They had to walk past all the slaughter-floor men.

Each walk ’cross the floor was a dance of avoiding
The puddles of blood and the catcalls of “Hoyden!”
“Why all o’yer rushing? Stay back, you’ve got time.
My meat’s not a rib, but it’s certainly prime.”
Each insult occasioned a new gale of laughs
They toasted each other by knocking their gaffes
Together like musketeers crossing their swords
Knee-deep in carrion but feeling like lords.
That red hair, that figure, had adult men sputtering
A wordless desire, or else they’d be muttering
Dark boasts, which a harsh glance could usually halt,
But the theme of it all was that Peg was at fault.
That she had invited, incited the wolfish
Responses, this siren, so stuck-up and selfish
Who had no right acting so shy and so prim
“You’d think she had diamonds all up in that quim!”

“I’ll have you remember the girl is my daughter!”
Her mother would yell, but the men of the slaughter-
house would only be goaded to further chest-poundings,
Barbaric, in keeping with their vile surroundings:
The drain in the floor, a near-useless feature
Meant to dispatch all the blood of the creatures,
But gobbets of scarlet-black visceral scraps
Routinely stopped them up, clogging the traps.
Above them, hog carcasses, splayed open, red,
Like empty, ribbed, meat overcoats, overhead.

Margaret employed what she’d learned from the nuns,
Deaf to the crude innuendo and puns.
Her eyes she kept focused upon the far door,
Through which she could exit the abattoir floor.
She also employed something else the nuns taught
Her by accident: namely to fly in her thoughts
To a place close yet distant, both here and not here;
Present, but untouched by doubt or by fear.
For instance, she mused on the linguistic feat
That gave creatures names quite apart from their meat.
One didn’t eat “pig,” as one didn’t “count muttons”
When going to sleep. Margaret thought of the buttons
From bone on her shirtwaists, her boots’ good strong laces
Of rawhide, and then, Margaret pictured the faces
That daily she saw on the thousands of creatures
Their snouts notwithstanding, how human the features.
And, thinking about the brown eyes of the cattle,
She got through the door. She had skirted the battle.

From the book "LOVE, DISHONOR,MARRY, DIE, CHERISH, PERISH" by David Rakoff. Copyright (c) 2013 by the Estate of David Rakoff. Published by arrangement with Doubleday, an imprint of the Knopf Doubleday Group, A division of Random House LLC and Irene Skolnick Agency.