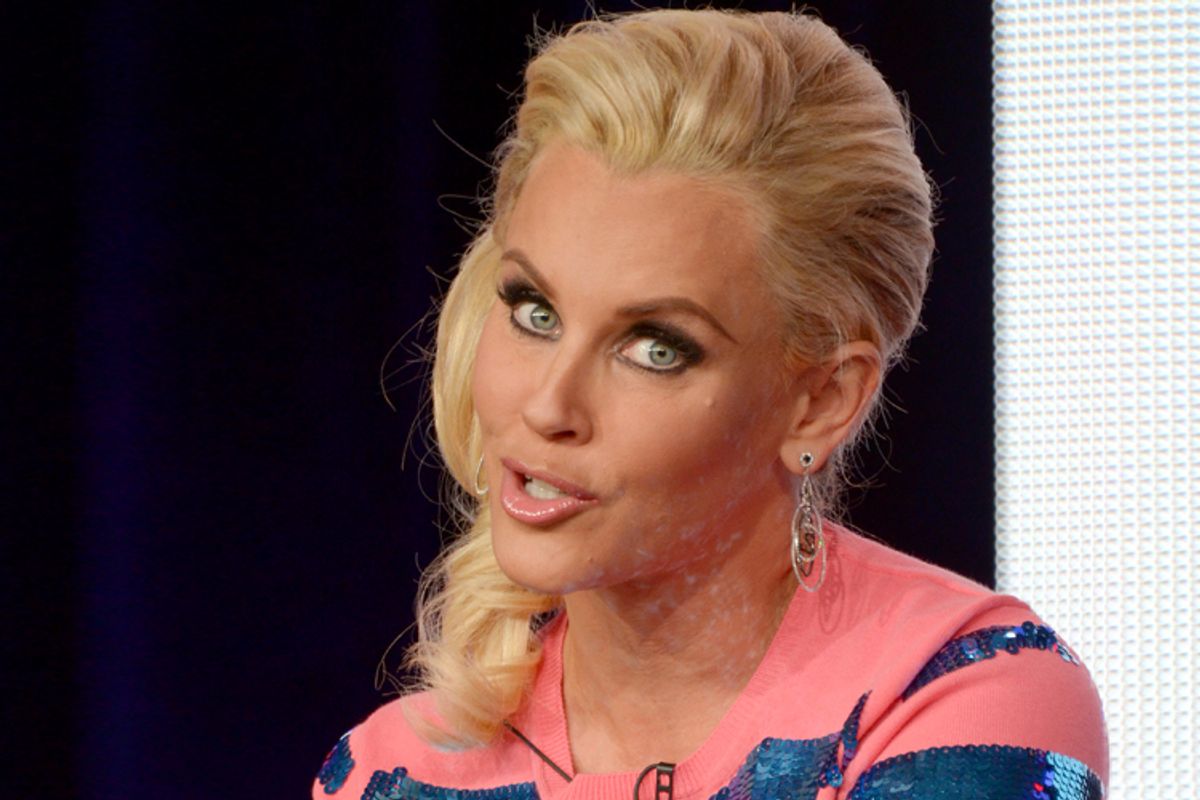 Jenny McCarthy, a former model and comedienne, is set to be the next co-host of ABC's "The View," a popular morning talk show with an all-woman cast. She is replacing Elisabeth Hasselbeck, who recently jumped ship to Fox News, cable's longtime home of attractive women who specialize in reactionary sneering.

McCarthy certainly has a more pleasant, or at least less confrontational, television style. Really the only problem with hiring her is that her life's mission at this point is the advancement of dangerous fictions about vaccines. She devotes a great deal of energy to promoting the untrue belief that vaccines lead to autism, and it seems possible that she now views her career as a television personality and prominent celebrity as a means of carrying out her mission to spread what she believes is the truth about autism.

Vaccines don't cause autism. Vaccines, instead, prevent disease. Vaccines have wiped out a score of formerly deadly childhood diseases. Vaccine skepticism has helped to bring some of those diseases back from near extinction. Children have actually died as a result. Vaccine skepticism isn't just some "alternative viewpoint" that is stupid but ultimately harmless, like "detoxing" or 9/11 trutherism. Parents have been convinced by McCarthy and the people she works with and promotes. They have forgone vaccination for their children. The result has been the recurrence and spread of preventable diseases. It's incredibly irresponsible for a broadcast television network to think Jenny McCarthy should be on television -- in a position where her job is to share her opinions -- every day. It should seriously be a major scandal.

The cynicism and contempt of this hiring is almost funny: In replacing the widely hated Hasselbeck with McCarthy, Walters and company didn't select a new conservative, to maintain the panel's political balance. They just went with someone who says dumb, inflammatory things. It's basically a tacit admission that they were simply casting for "the pretty idiot one." McCarthy ought to be insulted, if if weren't for the fact that she's probably incredibly grateful to be on network TV at all, after flailing through a series of poorly conceived late-night cable talk show launches.

But McCarthy's idiocy is of a very different, and much more damaging nature than the standard-issue right-wing idiocy of Elisabeth Hasselbeck. McCarthy is not expressing a disagreeable political position, she is spreading misinformation that has actual, tangible health risks. America's public health authorities should be sounding the alarm. The American Medical Association and the surgeon general should be publicly calling on ABC to reverse its decision to hire McCarthy. They should have begun the campaign before the announcement was official.

Vaccine conspiracies, like so much modern cult conspiracy culture, perpetuates itself and lives on indefinitely thanks to the community-building and archiving of the Internet. With the help of some very prominent advocates, with huge audiences and a great deal of influence, it has spread far beyond the fringe. McCarthy has been one of the movement's most prominent voices for years, and, infuriatingly, much of the media has treated her bullshit as weepy celebrity "awareness-raising" fare instead of crackpotted nonsense.

And some outlets have taken it much, much further. Here is Ms. McCarthy's intact Huffington Post author's page. It would be nice if, at some point, the Huffington Post actually retracted the various noxious vaccine conspiracies it used to print regularly in the quack-infested "Living" section. All of it, at the moment, is still online, uncorrected, from this to this to this to this to all of this to this to this. I dunno, maybe a couple dozen editors' notes are in order, for the sake of future Googling parents? Could someone at AOL stop scamming old people for a second and get on this?

Numerous people, including Time's great TV critic James Poniewozik, have already written about the irresponsibility of the McCarthy hire. But infuriatingly the press' false equivalency addiction has even infected coverage of whether or not vaccines cause autism, a debate featuring, on the one side, the entire medical establishment, and, on the other, one totally discredited doctor and a bunch of random non-experts, some of whom are famous for reasons unrelated to medicine or scientific literacy. Here's USA Today reporting the news:

Not everybody shared Walters' delight. McCarthy, who has embraced the controversial claim that vaccinations cause autism, has drawn the ire of pro-immunization advocacy groups.

If you care about keeping misinformation -- misinformation that could hurt or kill not just the children of people who intentionally don't vaccinate but other children as well -- from being transmitted to people everywhere in the country every weekday, you should probably write ABC a polite note expressing your dismay. You should also, and this may be more effective, contact your senator and member of Congress and urge them to publicly criticize this hire. Parents and pediatricians, especially, should be loudly complaining.

While this hire is a travesty, it is fitting, at least, that Barbara Walters is managing to cram one last crime against journalism into her career before she retires.