"Kardashianize," and 9 other new phrases you should start using

Given the array of crazy political happenings right now, we need new definitions to mark this era. Here are 10 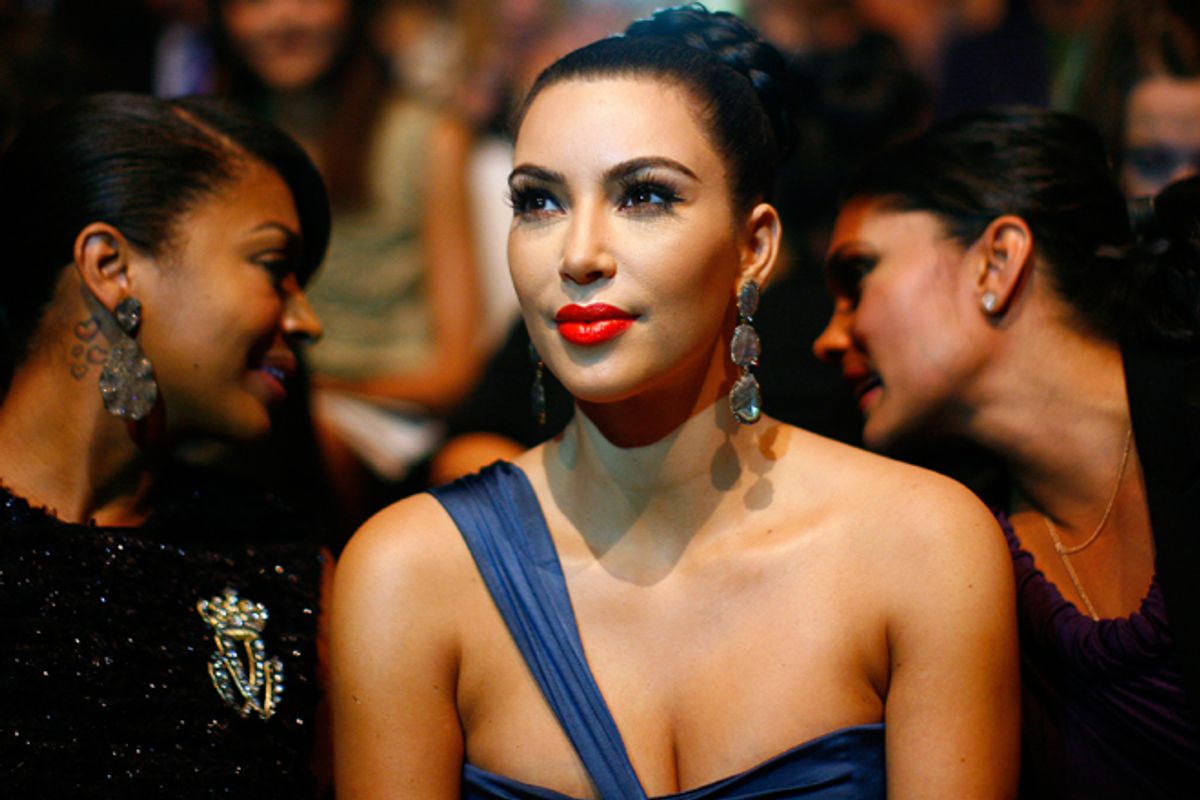 Language is an epochal marker of sorts; particular words and phrases document a time's zeitgeist for future retrospection. Over in Europe, this was most recently illustrated by Germany's move to honor the chaos of this moment by enshrining the word "shitstorm" in the annals of etymology.

Considering the Category 5 shitstorm now brewing over civil liberties here in the United States, it's probably worth following our European allies and nominating some new words, phrases and definitions for position in our own dictionaries -- both for vernacular clarity and for posterity.

Here are 10 of those, with suggested new, revised and/or additional definitions:

1. "Snowden Effect": New York University's Jay Rosen accurately defines this term as "Direct and indirect gains in public knowledge from the cascade of events and further reporting that followed Edward Snowden’s leaks of classified information about the surveillance state in the U.S." Usage example: Thanks to the Snowden Effect, we've seen this, this, this and this come out, helping to better inform America about its own government.

2. "Kardashianize": The process whereby news organizations convert stories about systemic problems into maudlin personal melodramas that focus on the tiny insignificant details of an individual's private life. Typically, this process is fueled by media organizations that are either A) conditioned to attempt to turn everything into cheap reality television and/or B) eager to ingratiate themselves with government sources by deflecting scrutiny away from those sources' crimes and toward those exposing said crimes. When successful, the process tricks audiences into ignoring larger systemic issues and perceiving targeted individuals as just as silly, unstable and untrustworthy as characters on the E! program "Keeping Up With the Kardashians." Usage example: After disclosing the existence of the U.S. government's illegal mass surveillance system and proving that government officials had perjured themselves before Congress, Edward Snowden was promptly Kardashianized by a wave of reporting about his girlfriend, his modeling and his affinity for pizza.

3. "Least untruthful": A new legal doctrine that allows an executive branch official to issue a deliberate, calculated lie to Congress yet avoid prosecution for perjury, as long as the official is protecting the executive branch's political interests. Usage example: Director of National Intelligence James Clapper avoided prosecution for perjury because he insisted that the blatant lie he told to Congress was merely the "least untruthful" statement he could have made.

4. "Relevant": A catch-all legal term to justify mass surveillance of millions of Americans, even if such surveillance is not actually relevant to any specific terrorism investigation. Usage example: The Wall Street Journal reports that "in classified orders starting in the mid-2000s, the court accepted that 'relevant' could be broadened to permit an entire database of records on millions of people ... enab(ing) the government, under the Patriot Act, to collect the phone records of the majority of Americans."

6. "Mistake": A statement that is not an accidental lie, but a deliberate one -- and is then later exposed as such. Usage example: DNI Clapper was given advance warning of a question about surveillance, gave a deliberately misleading answer, and then later said it was all just an innocent mistake.

7. "Microshafted": According to the ACLU's Christopher Soghoian, this term means "to secretly collaborate with NSA spying while promising to protect your privacy." Usage example: The Guardian's report that Microsoft "helped the National Security Agency to circumvent the company's own encryption" means many Americans were likely microshafted.

8. "Espionage": Disclosing information that exposes the government's illegal and/or unconstitutional acts but is politically inconvenient to the administration in power. Usage example: The White House depicts Edward Snowden's Obama-humiliating disclosures as prosecution-worthy acts of espionage but portrays its own leaks of Obama-glorifying classified information as perfectly acceptable.

9. "Modest encroachment": A massive, indiscriminate intrusion. Usage example: President Obama has deemed the NSA's "collect it all" surveillance operation, which has captured 20 trillion information transactions and touches virtually all aspects of American life, a "modest encroachment" on citizens' right to privacy.

10. "Outer edge of one's legal authority": Deferential and absolving term used by the obsequious Washington press corps to describe powerful individual who violates the law. Note: This term is reserved only to describe the powerful -- those who violate the law but don't have power (or who are seen as a threat to power) are typically called "criminals." Usage example: The Washington Post made sure to cast Gen. Keith Alexander as merely on "the outer edge of his legal authority" when the NSA chief constructed his illegal and unconstitutional surveillance system.