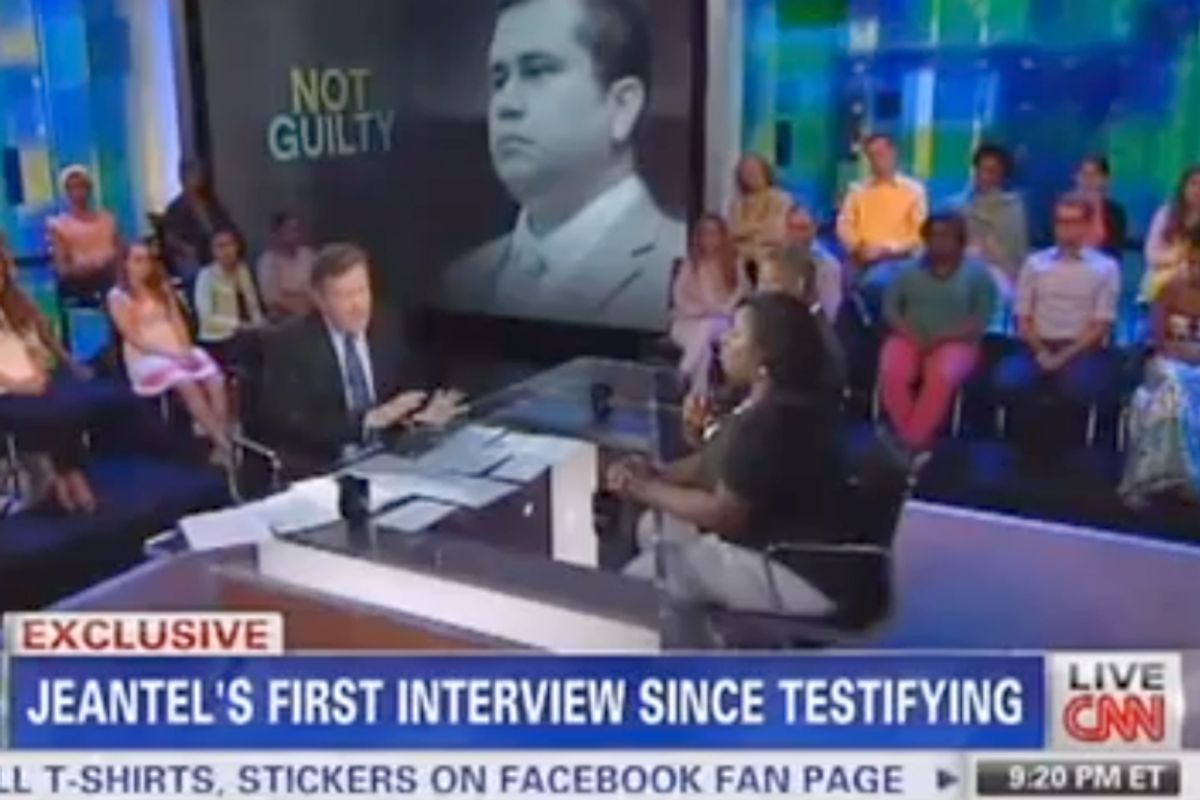 Rachel Jeantel, the star witness in the Trayvon Martin/George Zimmerman case, appeared on Piers Morgan's CNN show Monday night to offer her first interview since the trial. Jeantel, who was on the phone with Martin the night he died, became a lightning rod for criticism during the trial and for the friction between her and defense attorney Don West.

Remarking on her interaction with West, she said, "The only reason I have not said anything to Don Weston [sic] because my parents taught me better. As an adult you don't have the right to disrespect an adult," she explained. "Don't curse - okay I did give attitude."