Will -- and should -- anyone get famous from the George Zimmerman trial?

The juror's memoir has already been quashed. But where's the Kato Kaelin of the Zimmerman trial? 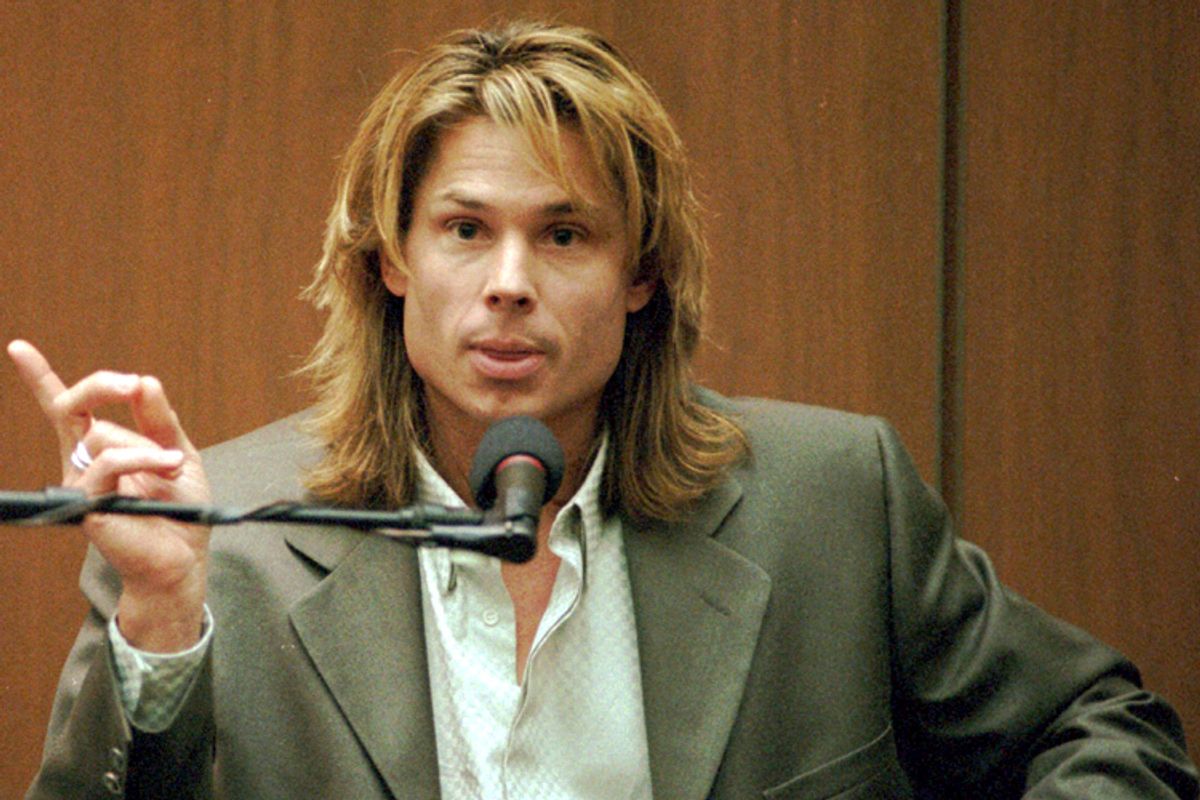 It's only when one stops and reminds oneself of the details of the last "trial of the century," the one in which O.J. Simpson was acquitted, that the fame-seeking behavior of just about every participant seems deeply unsettling.

A witness, Kato Kaelin, ended up building a career of sorts off his performance on the stand, performing in a Web comedy series called "Can't Get Arrested" as recently as 2011 and appearing in movies and television series with some frequency through the 1990s. Marcia Clark, the prosecutor whose case against Simpson failed, got a lucrative book deal and became a TV talking head. Witness Mark Fuhrman wrote a book, too; so did Simpson's sports agent, who claimed to have "Helped O.J. Get Away With Murder," in his book's subtitle. Her most recent mystery novel just came out. Simpson himself, years later, attempted to cash in with a withdrawn book and a never-aired reality show. And the daughters of one of Simpson's most prominent lawyers began attending fundraisers for the Nicole Brown Foundation amid other endeavors, and rose to fame as the Kardashian sisters.

That a murder trial can give rise to so many venal celebrities and would-be celebrities is hardly the sole province of the Simpson trial; Nancy Grace rose to a new level of fame, for instance, during and immediately after the trial of Casey Anthony, while jurors in the Laci Peterson murder case published a book together. So perhaps it's no surprise that a juror in the trial of George Zimmerman has already tried to sell a book based on her experience of the case, though any chance of a book deal was quashed by public outcry.

Why wouldn't Juror B-37 expect that she would be able to get a book deal? The only media she consumes is NBC's "Today," a program that has treated practically every trial prior to the one on whose jury she served as a fun, frothy morning milkshake. And every report indicates her isolation extends to issues of race; perhaps, acclimated to interpret trials as subjects of entertainment even after they've concluded, she's unable to have anticipated the third rail the Zimmerman trial touched upon. But her decision to pursue an agent who, as Salon's Mary Elizabeth Williams pointed out, previously represented Amanda Knox's ex-boyfriend and Mary Jo Buttafuoco isn't shocking. To a person who's watched obsessive coverage of countless trials that lack the shocking racial component of Zimmerman's, what's the difference between her and a player in the Amanda Knox trial?

What's surprising is that the agent herself didn't pick up on the difference. The people who've sold books or built careers off trials, historically, have been somewhat removed from the action, in trials where the tragic loss of a human life was somewhat more disconnected from hot-button issues of race. Kaelin was a figure of fun in a circus-like trial whose presence had little impact upon the verdict; Marcia Clark was just doing her job; Nancy Grace was a random interloper. The juror (whose contemplation of building a media career may in some way have altered her verdict; we can never know her private thoughts) was at the very center of Zimmerman's acquittal. It's as close to an "If I Did It," the failed memoir O.J. Simpson cooked up to build buzz and earn some money, as is likely to cross the transom in the aftermath of this trial.

Perhaps the outcry over the Juror B-37 book will bring an end to the phenomenon of the quick cash-in trial book. It seems unlikely, though -- the phenomenon of the figure prolonging fame after a trial is so deeply rooted in American life, from Robert Ford's touring the U.S. after his pardon for the murder of Jesse James to Amy Fisher's two memoirs after her involvement in the Buttafuoco trials. There's always been the desire to continue probing at a trial long after it's over (and to make money doing so). But the paradox of Juror B-37 is that her words might, just maybe, give some insight into a shocking decisions with ramifications beyond justice for one individual -- and yet they're the ones we're least inclined to read.