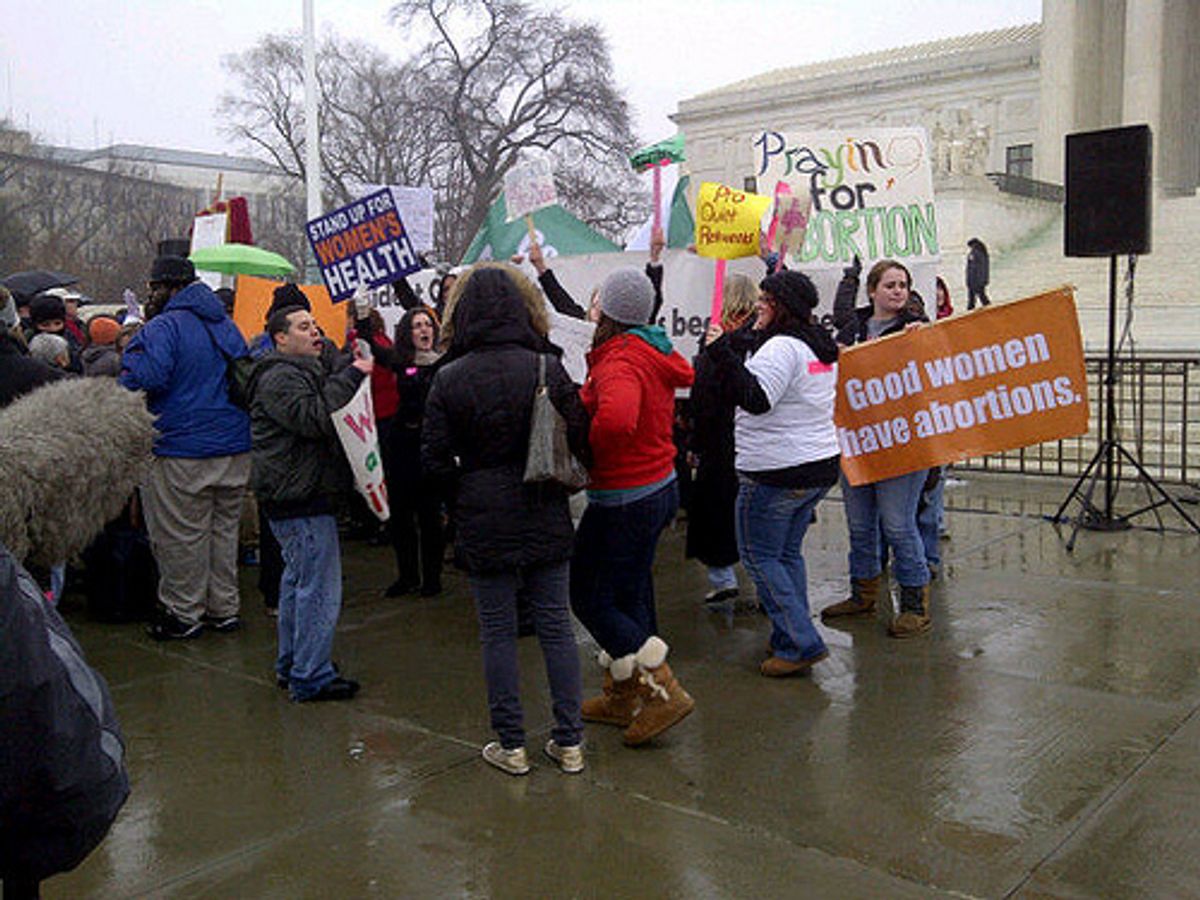 Cable news and other mainstream coverage of Texas' new abortion ban (and other states' pre-viability abortion laws) has very little to do with the realities facing women seeking abortions after 20 weeks, according to a new analysis from media watchdog group Media Matters for America.

What is all too often overlooked by pundits calling these bans sensible policy are the realities of women's lives and women's health that make the procedure so vitally necessary. As Media Matters demonstrates (based on some great reporting and analysis from the American College Of Obstetricians And Gynecologists, Darshak Sanghavi, Chief of Pediatric Cardiology at University Of Massachusetts Medical School and others), many women who get abortions after 20 weeks do so because of severe health risks or devastating (and often fatal) fetal anomalies, as Sanghavi notes:

Why do some women wait so long? The answer is that comprehensive fetal testing, such as anatomical sonograms and ultrasounds of the heart, are typically performed just before 20 weeks of gestation. Such scans are critical for uncovering major birth defects, such as anencephaly (severe brain malformations), major heart defects, missing organs and limbs, and other severe birth defects. Fetal development is a complex process that often goes awry. Roughly 2 percent of all pregnancies are complicated by a major birth defect, and of those about 0.5 percent have a chromosomal defect, such as an extra or missing segment of normal DNA. Birth defects are a leading cause of infant mortality, and in many cases of severe birth defects, no medical treatment can salvage a fetus's life or result in any measure of normal future health.

Other barriers to access -- like a lack of providers and severe financial hardship -- can also force women to wait to have an abortion, factors that are worsened by punitive state laws that shutter clinics with red tape and defund reproductive health care providers. As a report from the Guttmacher Institute, included in the Media Matters roundup, notes, "Seven in 10 women would have preferred to have their abortion earlier. Many women experience delays because they need time to raise the money."

The full analysis, which is well worth your time, can be found here.