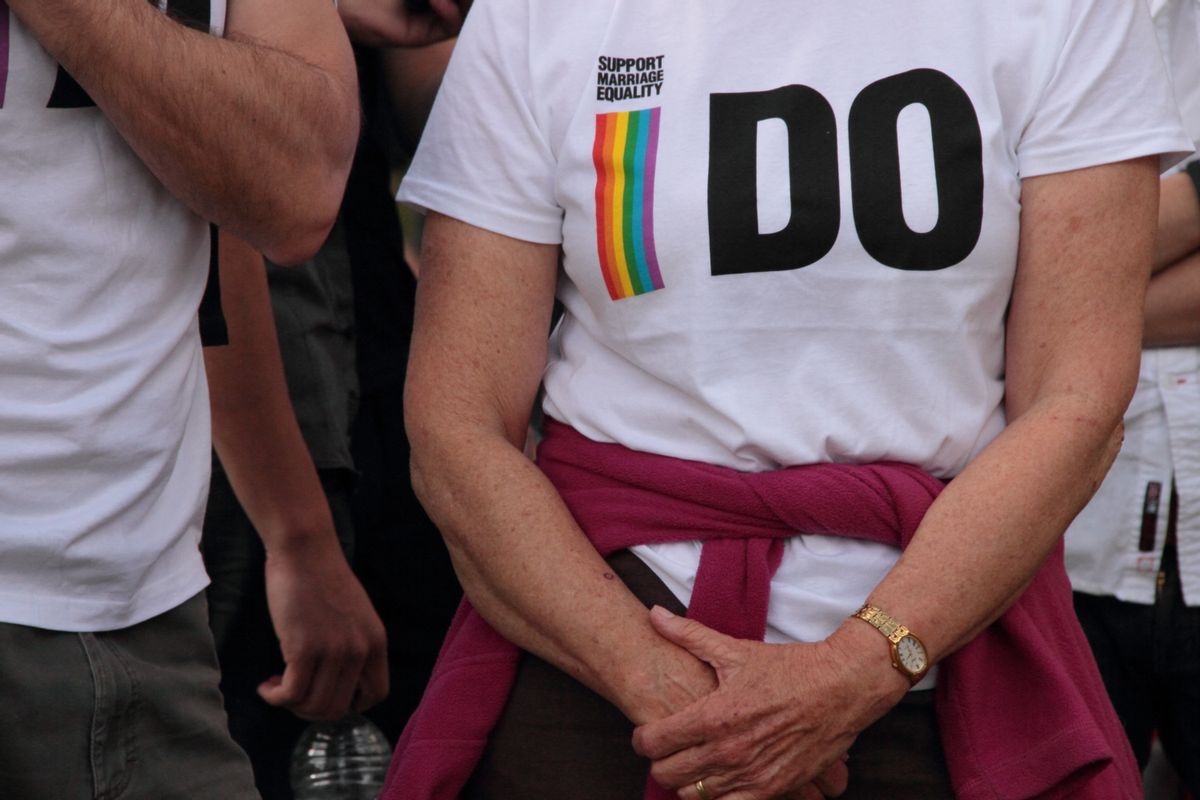 Gay marriage was officially legalized in Britain on Wednesday, after Queen Elizabeth II put her royal signature on the measure.

The new law allows gay couples in England and Wales to marry in civil and religious ceremonies, though the Church of England is exempted from performing gay marriages as part of an effort to appease social conservatives and prevent legal challenges.

Out4Marriage campaign founder Ben Cohen celebrated the marriage equality victory, and applauded the support of Prime Minister David Cameron and a diverse coalition of lawmakers in a statement to the Telegraph: “It is absolutely fantastic that this change in the law, almost uniquely in the world, was proposed by a Conservative prime minister and his Liberal Democrat Deputy with the support of the Labour party leader."

“Sometimes politicians can work together for the common good and this is a stunning example of this,” he added.

The first marriages performed under the new law are expected to take place next summer.