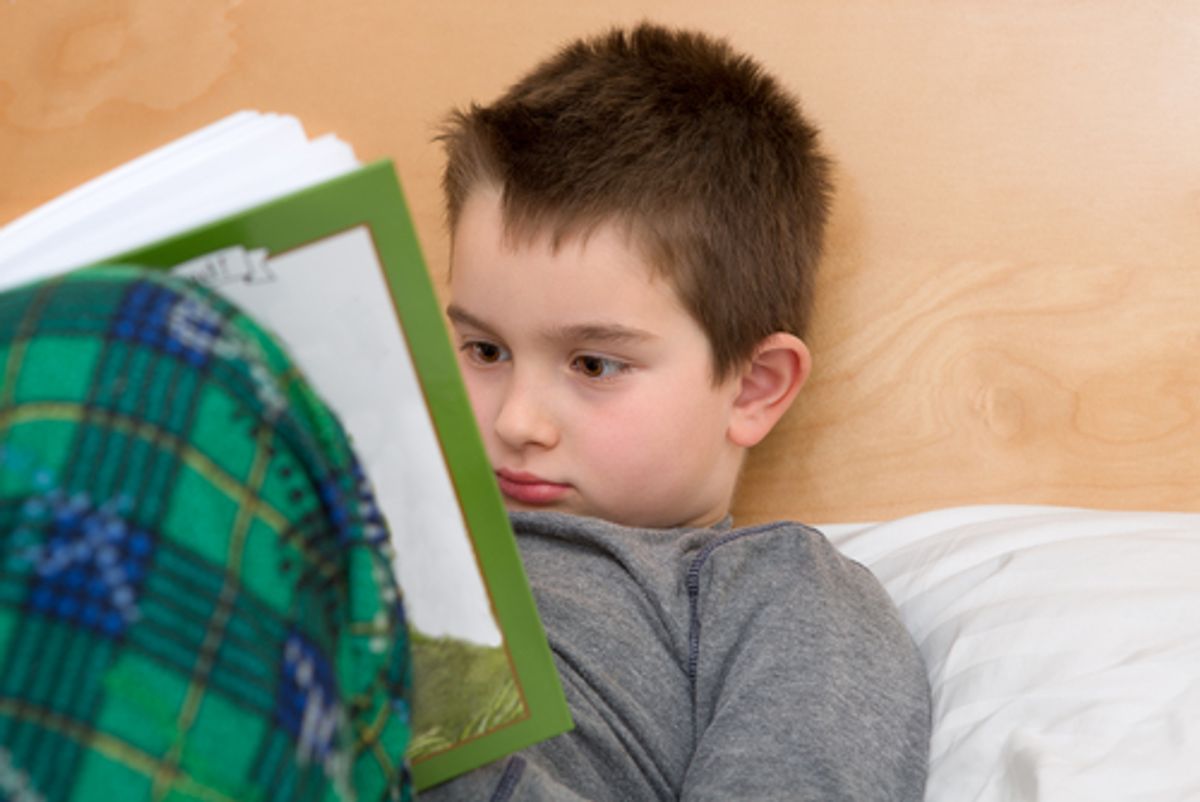 It is a fictional portrait of a world in which traditional family roles prevail. Mothers do the caring and nurturing, while fathers are the providers who work outside the home.

The amusingly anachronistic Leave It to Beaver? Sure. But the description also fits some of today’s most acclaimed picture books for children.

That’s the conclusion of a recently published study, which finds sex roles in these illustrated stories have been surprising stagnant over the decades.

“Children’s picture books embrace tradition,” reports a research team led by Shepherd University sociologist Amy DeWitt. “Mothers are much more likely to be portrayed nurturing and caring for children, and men are more likely to work outside of the home. “These depictions have not significantly changed over time, so that these storybook characters often inhabit a bygone, male breadwinner-female homemaker era.”

DeWitt and her colleagues analyzed a random sample of 300 “easy children’s books” from the more than 1,400 listed in the Children’s Catalog. That directory features volumes “selected by an advisory committee of distinguished librarians” and is “used to aid school and community libraries in selecting quality books,” the researchers write in the journal Sex Roles.

Not surprisingly, they found a large amount of gender stereotyping. But contrary to their expectations, this tendency did not wane significantly over time.

“Mothers in the books were more likely than fathers to perform almost every nurturing behavior, including verbal and physical expressions of love, encouraging, praising and listening,” the researchers write. Similarly, mothers outperformed fathers on every care-giving behavior.

The researchers report these stereotypes have softened over the decades, but only slightly and sporadically.

“Fathers in books published in 2000 exhibited increased care-giving and nurturing from previous time periods, and mothers exhibited increased work outside of the home,” DeWitt and her colleagues write. “But the latest trends lack statistical significance, because similar performance peaks occurred in the 1970s depictions, only to drop in subsequent periods.”

Specifically, in the ‘70s—the era when gender roles began to seriously be questioned by large chunks of society—fathers in these picture books were more likely to be portrayed as caring and nurturing. However, this trend “leveled off in later decades,” they report.

The researchers argue that the stubbornness of gender stereotypes matters because young children aren’t simply being entertained by such books—they’re being socialized.

“Consistently seeing mothers in the nurturing and care-giving roles and fathers fulfilling the provider role may impress upon children what role performances are ultimately expected of them as men and women,” they write.

“If children, especially girls, continue to be exposed to portrayals that suggest opportunities for women are limited to the home, and that men provide, their aspirations and independence will be muted.”