According to the bill, the abortion law wouldn't go into effect until 60 days after Texas stops executing people 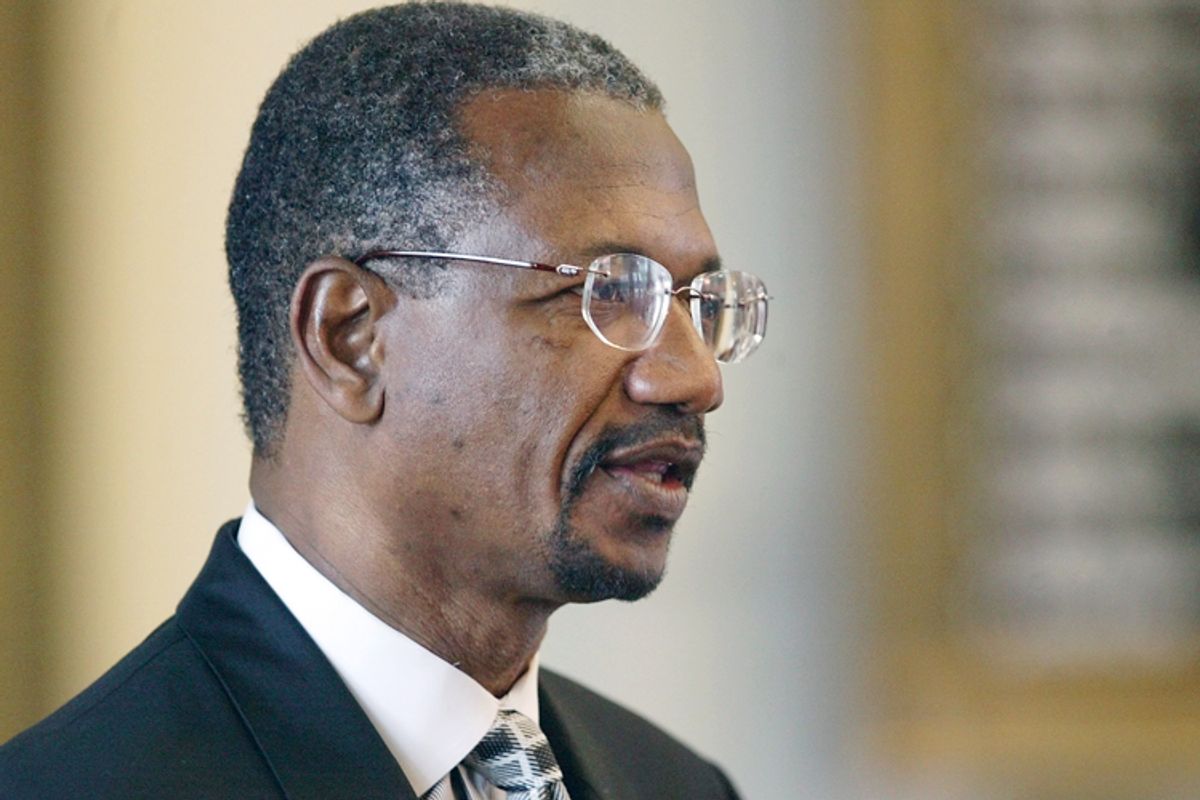 Texas state Rep. Harold Dutton Jr, D-Houston, has introduced a measure to block implementation of Texas' sweeping new abortion restrictions until the death penalty is abolished in his home state.

According to the bill, the new abortion law wouldn't go into effect until 60 days after Texas stops executing people:

Notwithstanding any other law, a law enacted on or after June 1, 2013, that restricts access to abortion or the availability of abortion does not take effect until 60 days after publication in the Texas Register of a finding of fact made by the attorney general that the state has abolished the use of the death penalty as a punishment available on final conviction of a criminal offense.

The measure doesn't stand a chance in hell of passing the Republican-controlled Legislature during the special session, but one has to admire Dutton's effort.

Dutton's reintroduction of the measure (it has failed in previous sessions) is certainly a nod to Republican hypocrisy about "protecting life" while working furiously to roll back access to abortion and other vital healthcare for women, and comes only weeks after Texas executed its 500th person.

As Rachel Simon at MSNBC notes, "protecting life" has been an uneven priority for Texas Republicans, including the outgoing governor:

[Gov. Rick Perry] made grim history ... when he presided over the state’s 500th prisoner execution since the reinstatement of capital punishment in 1982. The execution of Kimberly McCarthy, convicted of robbing and murdering her neighbor, was the 261st conducted under Perry.

A keynote in which he opened with the line, "I'm blessed to have you all here in Texas today, men and women who value human life."