The hearing chair voted against the law in 2006, and the witness list includes a staunch advocate for Voter ID laws 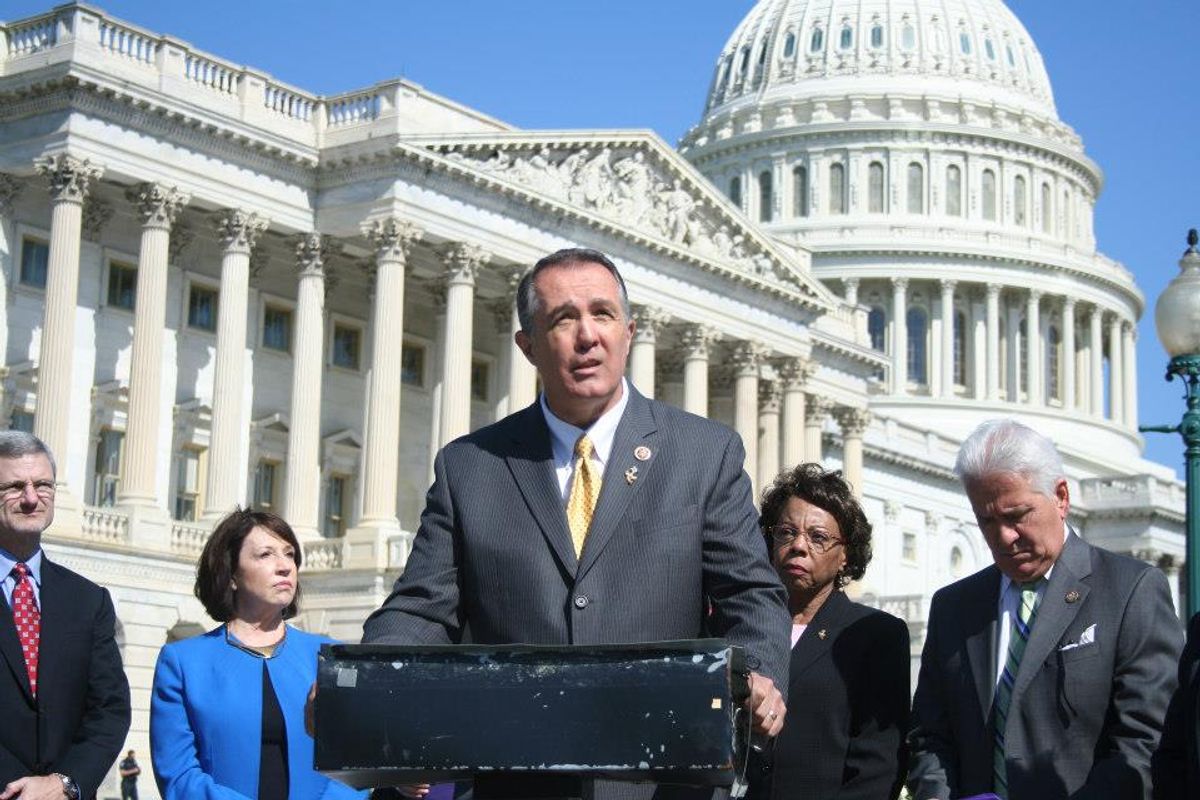 The Senate's hearing on the Voting Rights Act featured a Democratic civil rights hero and a Republican defender of the law, who both urged the panel to restore the section of the VRA that was struck down by the Supreme Court. But the House hearing could have a slightly different tone.

To begin with, the hearing is being held by the House Judiciary Subcommittee on the Constitution and Civil Justice, which is chaired by Rep. Trent Franks, R. Ariz. Franks voted against the 2006 reauthorization of the Voting Rights Act, one of just 33 Republicans to do so.

J. Christian Adams, the founder of the Election Law Center, was a lawyer for the Justice Department who quit, claiming the Obama administration refused to bring voter intimidation cases against the New Black Panthers from Election Day 2008. He once described the Justice Department's defense of Section 4 of the VRA an "an elaborate legal ruse in court litigation."

He also objects to the notion that Voter ID efforts are an attempt to disenfranchise minority votes at the polls. "The GOP must quickly learn that election administration issues are a blood sport to the left," Adams once wrote for Andrew Breitbart's Big Government. "Anyone who stands in their way is personally targeted and polarized. Until Republicans start fighting back just as hard, the left will keep bloodying those courageous Americans preserving the integrity of our electoral process. Until the GOP engages the fight at the outset and fiercely attacks the attackers, the administration of American elections will be dominated by the narrative of the left."

Hans A. von Spakovsky is a leading propagator of the myth of voter fraud, and a key backer of True the Vote, a Houston-based Tea Party group that's been central to getting states to pass stricter Voter ID laws.

Von Spakovsky was also the subject of a scathing Jane Mayer investigation for the New Yorker, in which Mayer found that most of the claims he was making about voter fraud were false. From the article:

Last year, in an op-ed piece that was nationally syndicated, he wrote, ‘A 2010 election in Missouri that ended in a one-vote margin of victory included 50 votes cast illegally by citizens of Somalia.’ He told me that these voters ‘could only speak Somali, even though to become a U.S. citizen you must learn English.’ Once again, when the case was examined by a judge, no fraud was found. Although the judge’s ruling had been issued before the column appeared, von Spakovsky didn’t mention it. He told me that the omission was justified, because the judge hadn’t investigated ‘the citizenship issue.’ Yet the voters’ citizenship was never in doubt. Translation assistance is available at the polls—citizens sometimes have shaky English—and the court had found merely that election officials had not made the voters take an oath before receiving help, as state law required. The judge determined that such a mistake ‘should not result in the disenfranchisement of the voters.’”

Also testifying is Robert Kengle, of the Lawyers' Committee for Civil Rights Under Law, and Spencer Overton, of George Washington University Law School.

The hearings are being held because of the Supreme Court's June decision that Section 4 of the Voting Rights Act is unconstitutional. Section 4 establishes the formula for determining which sections of the country must get pre-clearance from the Department of Justice before making changes to their voting laws. Section 5 of the Voting Rights Act, which requires pre-clearance for areas with a history of racial discrimination at the polls, was upheld, but without Section 4 it is inoperable.

On Wednesday, Rep. John Lewis, D-Ga., one of the original Freedom Riders, told the Senate Judiciary Committee that the Supreme Court's ruling had almost brought him to tears. "The day of the Supreme Court decision broke my heart," he said. "It made me want to cry. I felt like saying come, come and walk in the shoes of people who tried to register, tried to vote, but did not live to see the passage of the Voting Rights Act."

Rep. Jim Sensenbrenner, R-Wis., a staunch supporter of the law, told the panel that if Congress doesn't pass a fix, it will "undermine the progress that has been made over the last 50 years."

"Free, fair, and accessible elections are sacrosanct, and the right of every legal voter to cast their ballot must be unassailable," said Sensenbrenner. "Voter discrimination still exists, and our progress toward equality should not be mistaken for a final victory."