Get a clue, McDonald's: The other insult no one's talking about

McDonald's got heat for telling its staff to have two jobs. Its financial planning advice is even more offensive 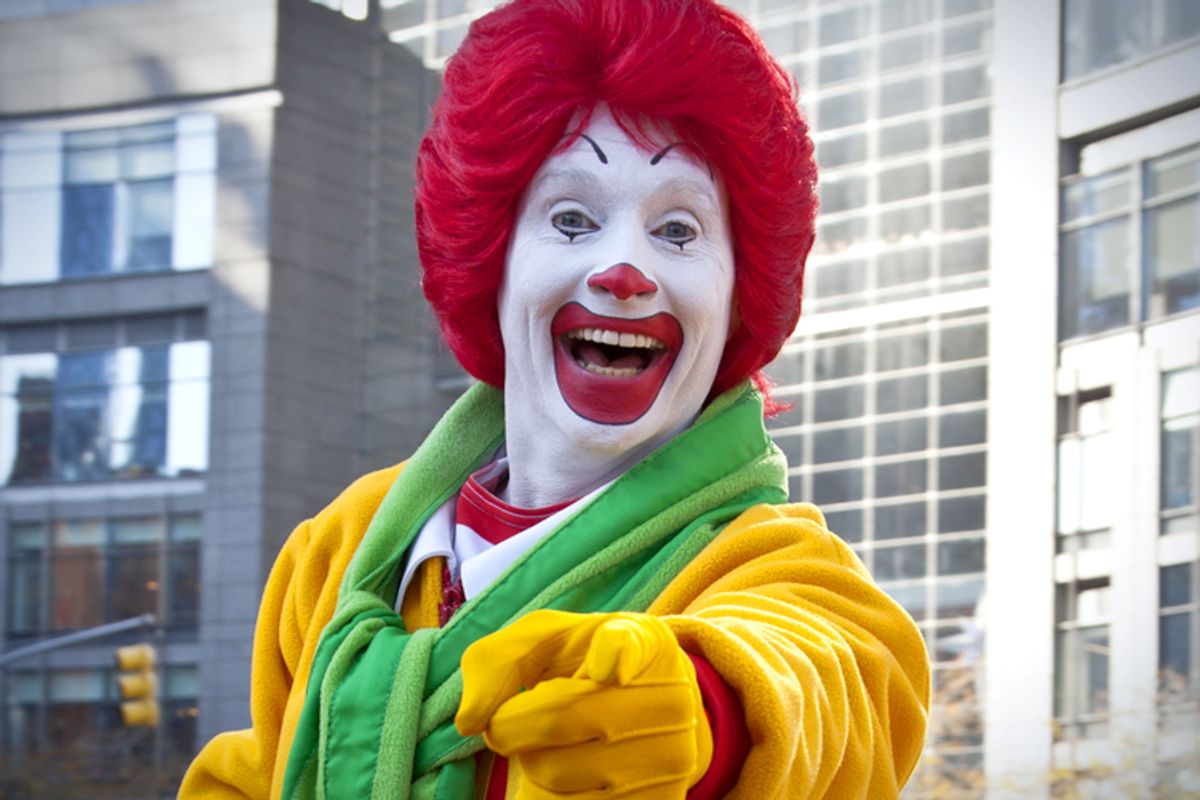 Over the past few days, McDonald’s has gotten itself quite a bit of bad publicity, after it teamed with Visa to create a proposed sample budget for the enormously profitable fast food corporation’s hundreds of thousands of low-paid workers.

Critics have pointed out that the budget omitted such luxury items as food and heat, that it made absurdly low estimates for medical insurance -- and that, most strikingly of all, it appeared to suggest that its workers should maintain two full-time jobs. (And indeed working two nearly-full time jobs would be necessary to produce the income in the sample budget, given the wages McDonald’s pays most of its employees).

These are all valid points, but an even more basic criticism of McDonald’s helpful advice to its workforce needs to be made.

The unstated assumption behind the McDonald’s budget is that the working poor must be educated about financial planning. And that assumption is in turn a belief that is deeply embedded among America’s cultural elites – including among many people who consider themselves political progressives.

That belief is: The working poor are poor because they are at bottom spendthrifts, who don’t know the value of a dollar. The working poor may have jobs, they may even work hard for their money, but they don’t know how to save for a rainy day. Instead, they squander their wages on overpriced impulse purchases, including fancy cellphones, cable TV, proletarian beer and unhealthy food that makes them fat.

Of course people who call themselves liberals feel constrained to disguise this sort of dime store Calvinism in fancy sociological jargon about the structural effects of cultures of poverty and the like. Yet every time you read a piece in a liberal publication about how we shouldn’t criticize a big corporation for trying to give its minimum wage workers some financial pointers, you can be pretty confident that the Protestant ethic and the spirit of capitalism is lurking just beneath the surface of the progressive writer’s text.

In fact nothing could be more preposterous than rich people giving poor people advice on how to stretch a dollar.  The absurdity of this is captured perfectly by John Scalzi’s aphorism that “being poor is knowing exactly how much everything costs.”

I have seen secondhand (like most members of the pundit class, I am not personally poor) a woman feed herself and her three children on a $30 per week grocery budget, for months on end.  I’ve been amazed by her combination of discipline, creativity and self-sacrifice. (A commenter to Scalzi’s post writes: “Growing up poor means realizing twenty years later that Mommy was lying when she said, ‘it’s OK sweetie, I’ve already eaten.’”)

And although this may not be a particularly intellectually nuanced way of making the point, I am of the opinion that any person, corporate or otherwise, who want to “help” this woman by offering her a sample monthly budget is in dire need of a swift kick in the groin.

The great legal historian A.W.B. Simpson once said to me that “the problem of the poor is not that they’re oppressed, but rather that they have no money.”  Precisely.  The working poor generally work far harder than their well-intentioned upper-class advisers, but they have no money.

In other words, the poor don’t need financial advice; they need higher wages. Yet apparently The Market – our all-seeing, beneficent Market, which declares that it is right and just that some men should have billions, while others sleep under bridges – has decided that higher wages for the working poor are an offense against all that we hold sacred.