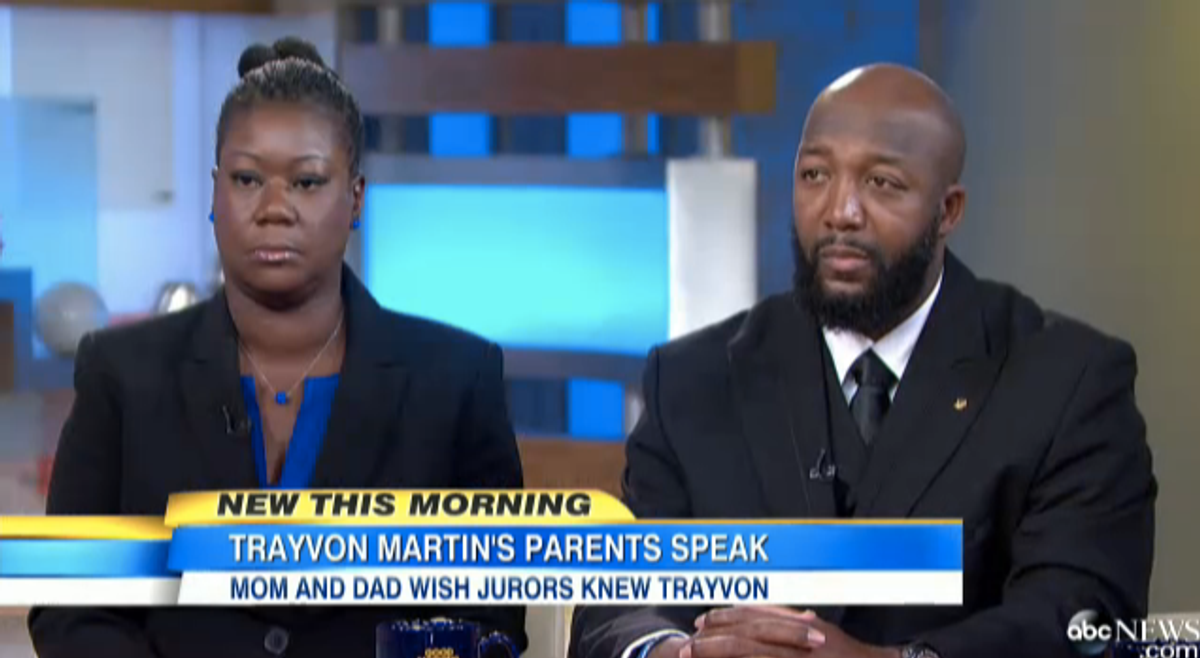 Giving their first televised interview since a jury found George Zimmerman not guilty for the murder of their 17-year-old son, Trayvon Martin's parents, Sybrina Fulton and Tracy Martin appeared on CBS, ABC and NBC this morning to express "shock" and "disgust" at the verdict.

Responding to criticisms that the unarmed teen should have backed down from his aggressor, Fulton said on "Good Morning America" that "I think people are forgetting that people are a teenager."

“I really do believe he was afraid because he did call George Zimmerman creepy. So he was afraid and if you are 17 years old and you are afraid, you may not know what to do," she said.

Their attorney has said that Fulton and Martin are considering a civil suit. "There is evidence that may be very telling for a U.S. attorney to look at the rights of Trayvon Martin," he said.