The rise of the religious left

A new survey reveals 19 percent of Americans today are religious progressives, with conservatism on the decline 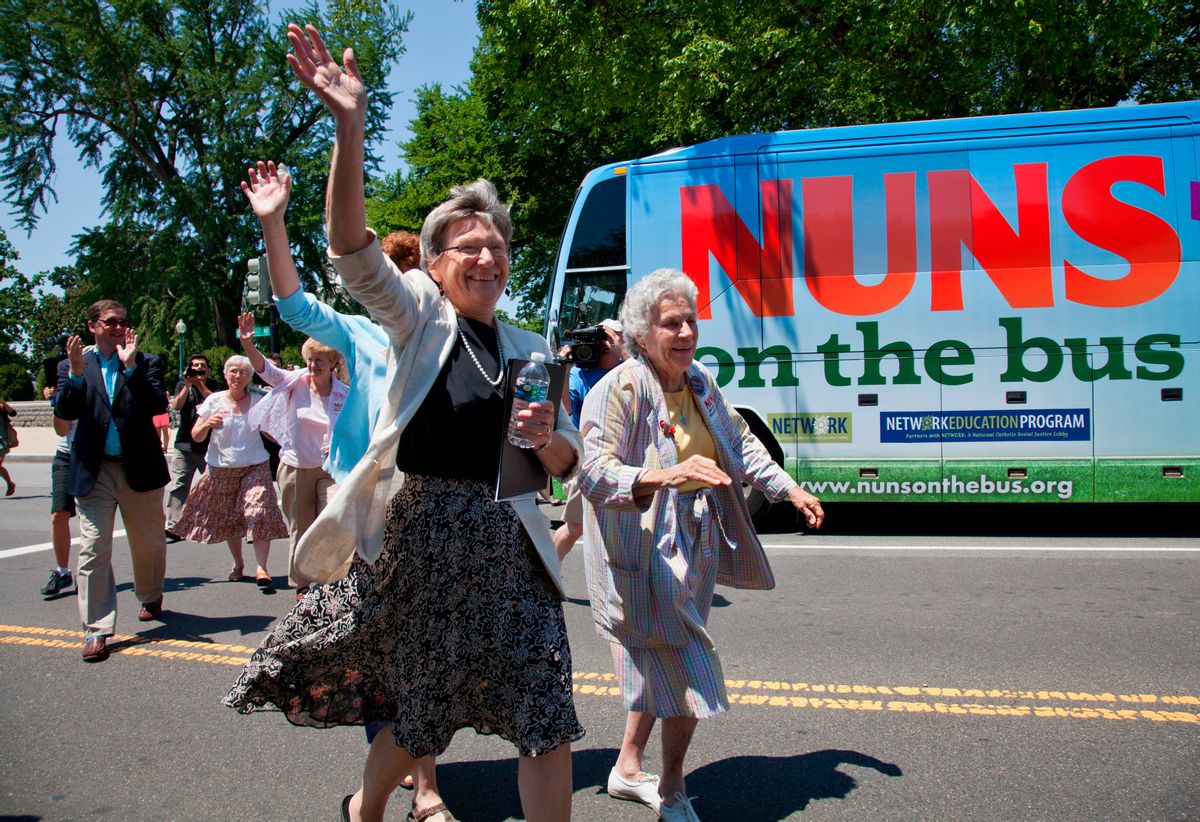 Sister Simone Campbell, left, and Sister Diane Donoghue, right, lead the way as the the "Nuns on the Bus" arrive on Capitol Hill in Washington, Monday, July 2, 2012, after a nine-state tour to bring stories of hardship to Congress. Sister Simone Campbell is executive director of Network, a liberal Catholic social justice lobby in Washington. (AP/J. Scott Applewhite)
--

While politicians like Rick Perry and pundits like Bill O'Reilly may clog up a lot of media airtime, the proportion of religious conservatives in the United States is shrinking with each successive generation, and close to 20 percent of Americans today are religious progressives, according to a new survey conducted by the Public Religion Research Institute and the Brookings Institution.

Religious conservatives account for 28 percent of the total population (38 percent are religious moderates and 15 percent are nonreligious), but religious progressives already outnumber them in the millennial generation:

They also tend to value different things in their faith:

While it's probably too early to declare victory over the Pat Robertson types, the survey definitely suggests a new political future -- with religious progressives wielding growing influence -- is possible: “Religious conservatives are a known quantity and they play an important role in our politics,” said E.J. Dionne, Brookings senior fellow. “But this survey also shows that religious progressives are a more significant group than is usually assumed, and that there is a strong social justice constituency among religious Americans that cuts across labels.”