But the country's overall health is deteriorating 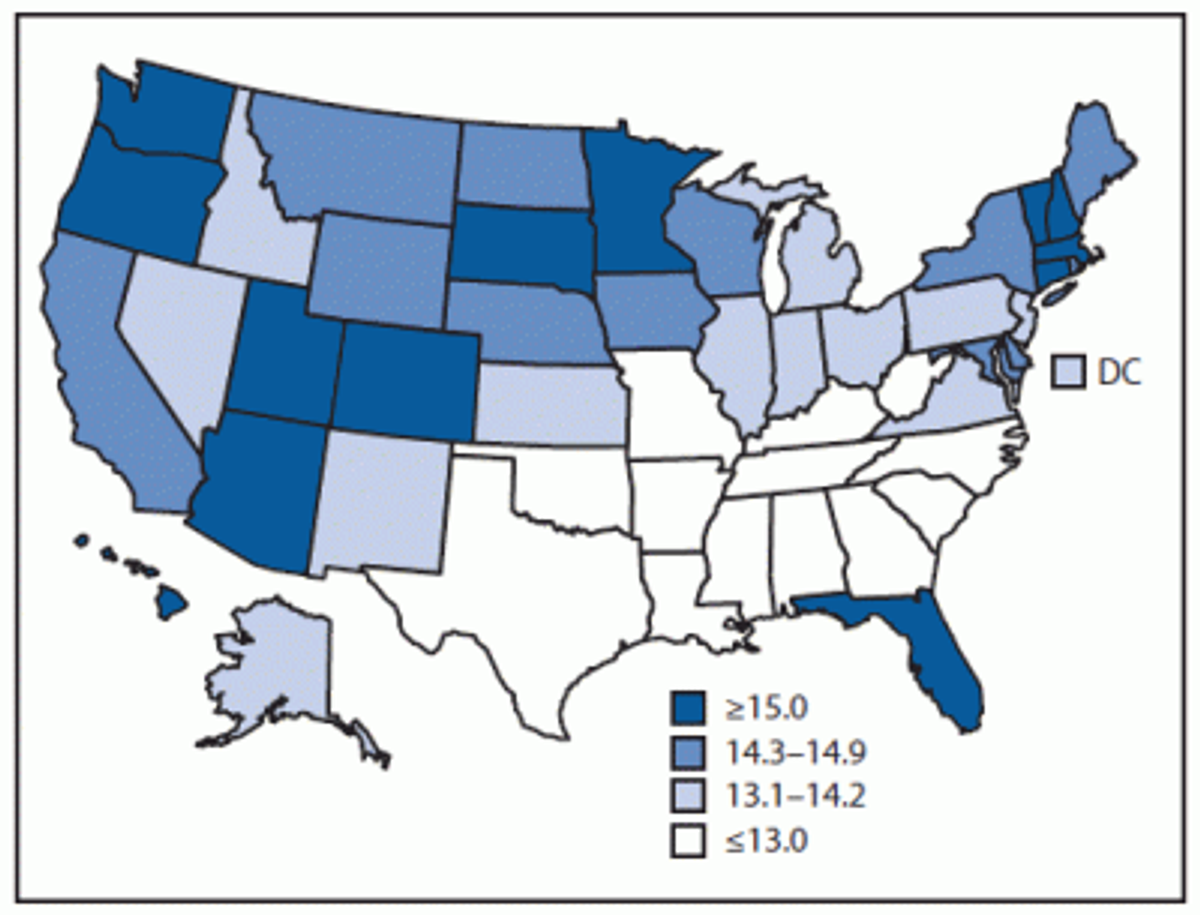 With lifespans lengthening, researchers found that where Americans live says a lot about how healthy they will be in later years.

Hawaiians are lucky in more than their idyllic weather and gorgeous scenery. Seniors there can expect a little more than 16 years of healthy life after 65. Women in Hawaii can expect more than 17 years.

At the other extreme, Mississippi's seniors have less than 11 years of healthy life. Older black Mississippians have only eight years, lower than anywhere except, oddly, African-Americans in Iowa, with seven years.

The national average is 14 years. That is, the average 65-year-old American can expect good health until age 79 – a little more for women, a little less for men.

In general the Northeast, Upper Plains and West foster good health while the Midwest and, especially, the South (except Florida) are less healthy places. Some of this may owe to environmental factors as well as the usual  factors of healthy behavior and access to good preventative care.

In related news a study published this month in the Journal of the American Medical Association found that, as NPR puts it:

The U.S. rank declined on every measure of longevity and good health between 1990 and 2010. On "healthy life expectancy," the US went from 14th place to 26th over those two decades – while its already disproportionately high health care spending spiraled ever higher.

Commenting on the JAMA study in an accompanying editorial, Dr. Harvey Fineberg, president of the National Institute of Medicine, quoted from an influential 1970s book called "Doing Better and Feeling Worse: Health in the United States."

"Despite a massive increase in health expenditures," wrote Dr. John Knowles, editor of that volume, "the nation's health has improved less than was promised or expected. The benefits have not appeared to justify the costs."