Pic of the day: The Obamas in Nelson Mandela's cell 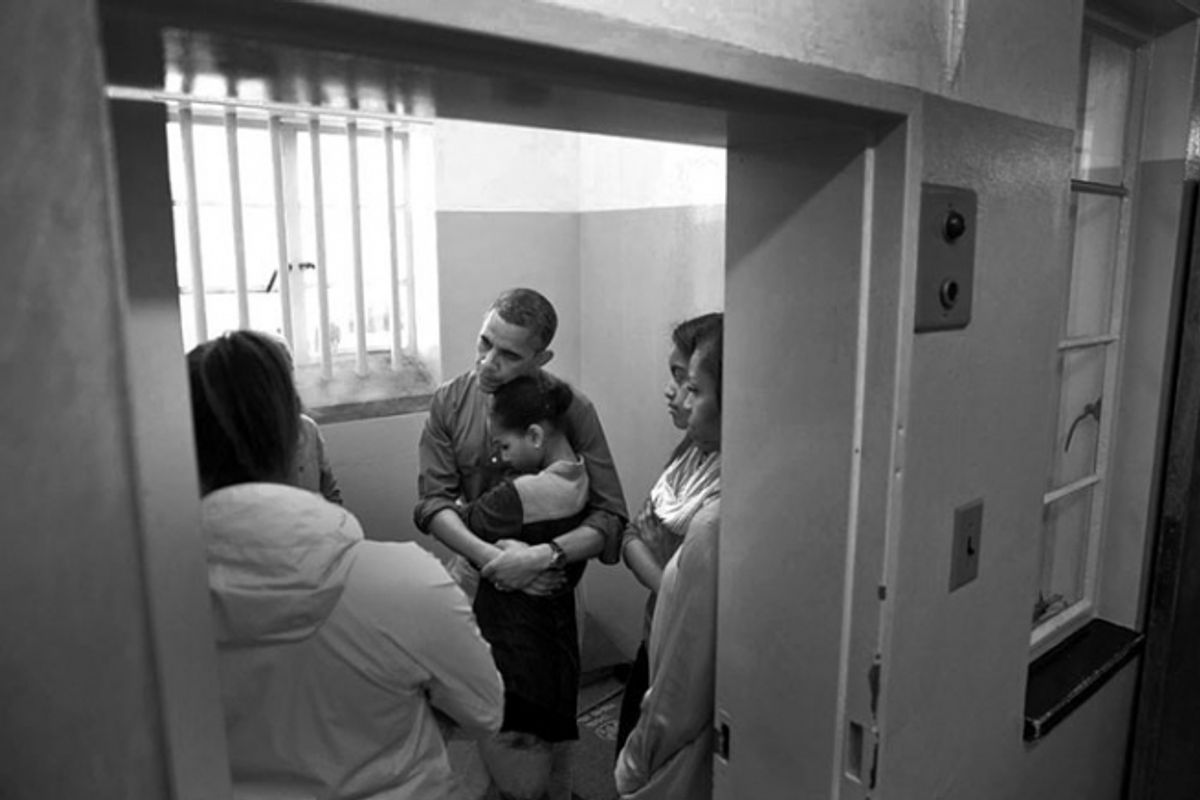 The White House released this powerful photo of President Obama and his family standing in former South African president Nelson Mandela's cell, during their trip to South Africa in June.

In the picture, the first family listens to Ahmed Kathrada, a former prisoner, during a tour of Robben Island Prison on Robben Island in Cape Town.