UPDATED: A Southwest flight lost its front landing gear upon touchdown. The airport is closed to landings 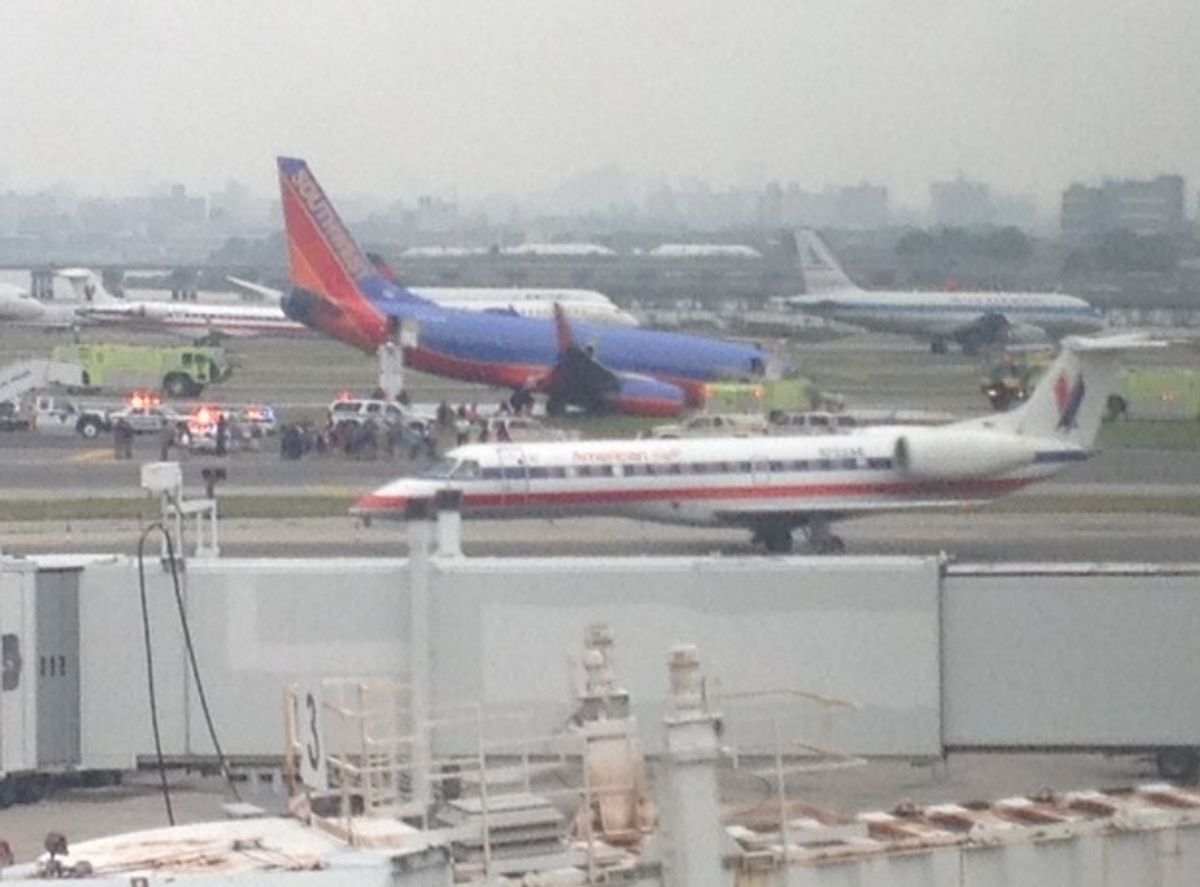 Salon executive Matt Sussberg sends us this picture from Laguardia Airport where eyewitnesses are reporting that a Southwest flight crash landed moments ago, apparently due to a problem with its front landing gear. Passengers are reportedly coming down emergency chutes now. No word on injuries, more details to come.

Updated 6:11 p.m.: CNN is reporting that the flight was from Nashville. It landed around 5:45 p.m. There are no reported injuries but passengers are still on board. Laguardia Airport is not "accepting planes."

Updated 6:15 p.m.: Southwest has not yet issued a statement on its homepage or via Twitter. The plane is a 737, according to numerous sources.

Updated 6:50 p.m.: NBC reports that three minor injuries have been reported and the airport is closed until further notice.