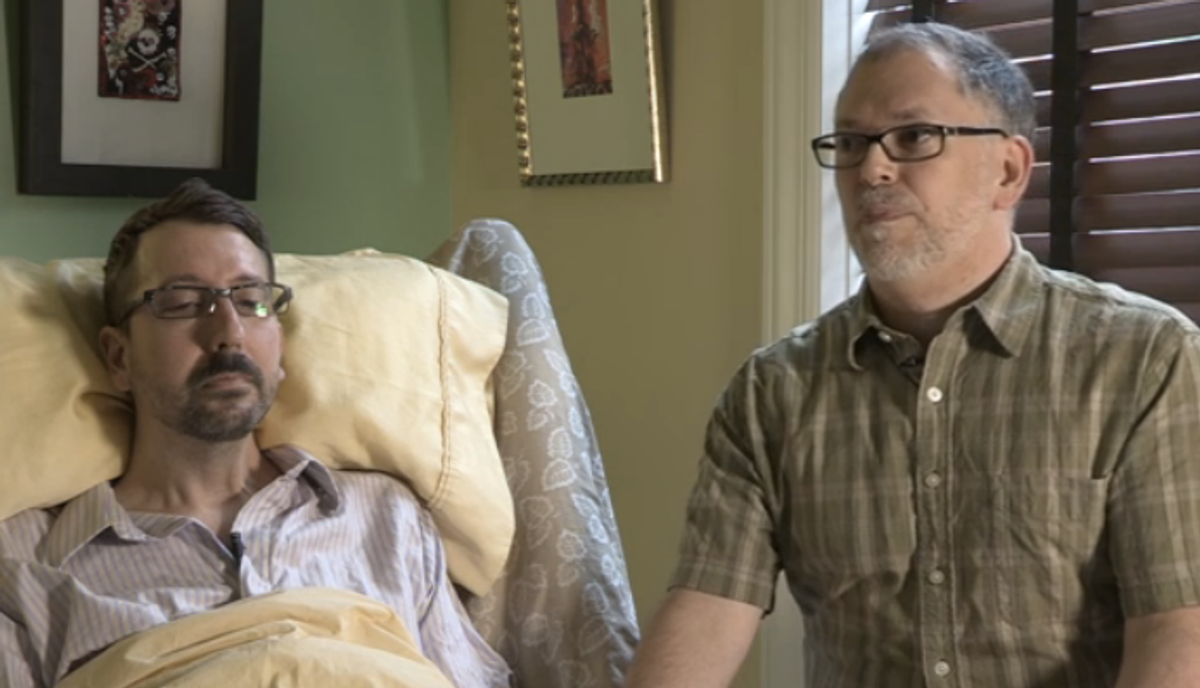 John Arthur and Jim Obergefell of Cincinnati, partners for more than 20 years,
--

A federal judge ruled on Monday that Ohio must recognize the out-of-state marriage of John Arthur and James Obergefell, though the limited ruling will only apply to Arthur and Obergefell's union. Still, the court's decision is being celebrated by gay rights supporters as a positive sign for marriage equality in the state.

Two years ago, Arthur was diagnosed with amyotrophic lateral sclerosis (ALS), a progressive neurodegenerative disease. Earlier this month, the couple sued the state to have Arthur's death certificate reflect Obergefell as his spouse, and secure Obergefell's right to be buried in Arthur's family plot, which is only open to direct descendants and spouses.

More from the Cincinnati Enquirer:

Black found that the Ohio Constitution on the issue “violates rights secured by the ... United States Constitution in that same-sex couples married in jurisdictions where same-sex marriages are valid who seek to have their out-of-state marriage accepted as legal in Ohio are treated differently than opposite-sex couples who have been married in states where their circumstances allow marriage in that state but not in Ohio.”

Gerhardstein believes the court victory is just the beginning of what will likely be a series of similar suits filed by other gay couples in the state. It's a process that could "open the door" to reversing the state's ban on gay marriage, Gerhardstein told the Enquirer.